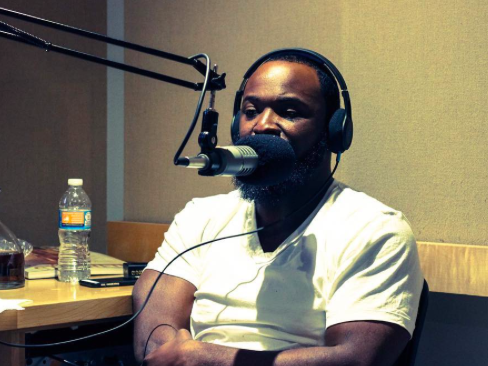 New York, NY – Last December, Taxstone controversially called the late-Tupac Shakur a rat on his Tax Season Podcast and explains why he feels that way during an interview with VladTV. He also labels Cam’ron as a snitch after being shot in D.C. back in 2005.

Tax, by his definition, says Tupac qualifies as a snitch because he allegedly told the authorities who shot him outside of New York City’s Quad Recording Studios.

Pac pointed the finger at Puff Daddy and The Notorious B.I.G. for orchestrating the 1994 attack.

“If you get shot, right, and then you offer information on who might’ve had you shot or might’ve shot you, you just gave the police evidence in your case,” Tax says. “When he said Biggie ‘n ’em got him shot.”

“If I get shot right now and the cops say, ‘Who shot you?’ and I’m telling them I don’t know who shot me right?” he continues. “But I’m saying in public the niggas who shot me is from that building, what happens? They look to that building. You understand what I’m saying? That’s ratting.”

Tax doesn’t just stop there, he also labels Cam’ron a snitch for implicating Roc-A-Fella Records after shots were fired at him during a Howard Homecoming event in 2005 at the now closed H2O Restaurant and Lounge.

“Same situation with Cam’ron with the whole Roc-A-Fella thing,” Taxstone continues. “When he was like, ‘Yo, I seen that Roc sign when the shots went off.'”

Tax explains by naming Roc-A-Fella, it insinuates that’s who did it, prompting a police investigation.

Cam’ron has since responded to Tax’s accusations. In an Instagram video posted to his account, he is shown sitting on kitchen counter dressed in a Versace robe, fresh out of a humble slumber, he educates on what snitching actually is and further explains what happened that night in D.C.

“I just woke up to a nigga talking about I’m snitchin’,” Killa Cam says in a clip. “Ayo listen, let me explain snitching to y’all mothafuckas. Snitching is when you have paperwork that you tried to send somebody to jail or you sent somebody to jail. Not what you hear in a rap song. Not what you say in an interview. Interrogation room. Not what you do in a video. Not in the streets. Jail bars. I actually went to jail for not snitching nigga.”

Cam says the real problem is that Tax has never heard money run through a money counter, as the “Oh Boy” rapper gleefully runs a stack of cash through his money machine.

“That sound right there will make your day better,” he says. “Stop worrying about me nigga and get your life together.”

Check out Taxstone calling Tupac and Cam’ron a snitch below.

#FactsAndFabric I'm not even gonna say a nigga name.. But I'm wit the shits my nigga.. Get off my dick.. Lol.. And get to da money.. #UfinishOrYouDone and stop try and dis Tupac