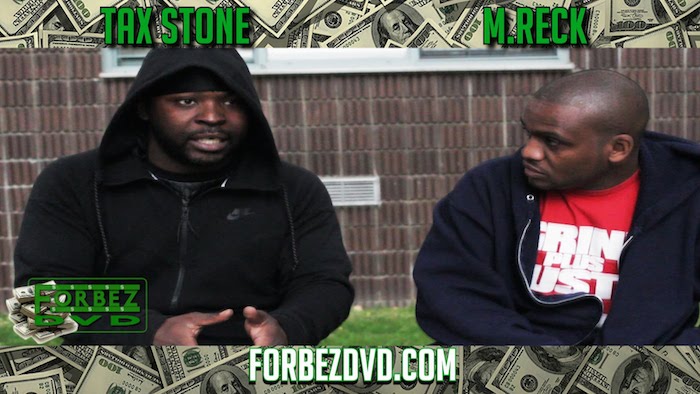 New York, NY – Taxstone and Ebro have been going back and forth forth for a while now, and in a recent interview, Taxstone reveals the origins of their spat.

In an interview for Forbez DVD, Taxstone said the dispute began from Ebro not giving him credit for discovering Bobby Shmurda’s future hit “Hot Nigga.”

While Tax was constantly tweeting about Shmurda’s song, he says, Ebro and Hot 97 were “force feeding” listeners the Troy Ave song “Your Style.” Hot 97 put Troy Ave on the main stage of Summer Jam, while relegating Mack Wilds, who had been nominated for a Grammy Award for his debut album New York: A Love Story, to the smaller festival stage.

“Mack Wilds song was lit that summer. That’s when I knew, I’m going in on these dudes. These dudes are being disrespectful, and they’re not respecting the culture,” said Taxstone, who hosts his own “Tax Season” podcast. “So I say, ‘Bobby Shmurda is the hottest nigga in Brooklyn right now, that young nigga’s on fire.’ [Ebro] says, ‘who says that?’ I say, ‘I say that, and the people. You want me to do a poll?’”

Taxstone said the results of his Twitter poll unanimously named Shmurda’s “Hot Nigga” as better than Troy Ave’s “Your Style.” After the poll, Hot 97 began to play the song, and Taxstone says that Ebro lied when asked about how he got ahold of the song.

“I don’t even care about the credit, but it’s just corny,” Taxstone said.

The beef reached a head last week. Taxstone tweeted an insult about the mother of Ebro’s child, and Ebro emailed Viacom, MTV’s parent company, to suspend him from the MTV show “Uncommon Sense,” where he is a recurring guest.

“Ya wife is a lesbian,” Tax tweeted. He had another post where he said that Ebro emailed Viacom to get him suspended for the insults.

Ebro confirmed the email with a jab at Tax, and responses to other Twitter users who asked him about his motivations.

“Hit ya pockets if you hit my family.. Hahahaha! Stop cryin!”

I dunno. We used to laugh… Then he posted a photo of my lady on his IG talking about puttin' his dick on her.. https://t.co/BhH7bHsWlM

If snitching is making sure you don't jeopardize ya freedom and career, so u use corp connects … Yep. https://t.co/ljVLI5UVjn

He's a child. I don't sit with savage children and scumbags https://t.co/mSkjrI8t9F

The two also argued on Twitter in February, after Ebro blamed 50 Cent for being responsible for the destruction of New York City rap. By dissing Ja Rule and not working with other NYC artists, Ebro claimed, 50 hurt the city’s Hip Hop scene.

50 countered by saying Ebro didn’t play NYC records while he was program director of Hot 97, and added that he only supports songs once they’re already successful.

“This guy said I destroyed New York Hip Hop because I didn’t work with New York artist [sic], to cover up he was the program director that wouldn’t pay there [sic] records,” 50 wrote on his Instagram page. “You wouldn’t know a hit if it hit your ass in the head… By [sic] the time you support records they’re already working fool. Name one new Artist or song out of New York you broke.”

“The only person you can blame for fucking the city up is the program director,” Tax stated. “…The city hates you!! We don’t want you here!! You’ve failed us and your family!!”