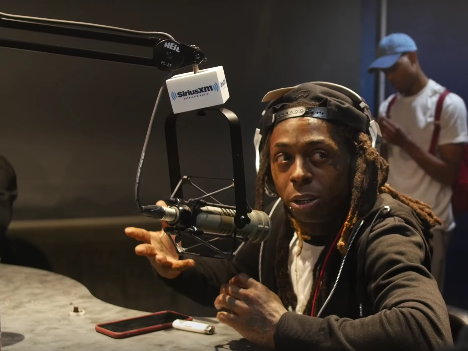 During a recent interview on DJ Drama’s “Streetz Is Watchin Radio” on Shade 45, Lil Wayne revealed an interesting nugget about how much Jay Z offered him to sign with Roc-A-Fella Records.

“You know when I went out there to talk to him about being with Roc-A-Fella [Records], and mind you this was years ago, years ago,” Lil Wayne said before continuing. “First of all, he was at the 40/40 in the daytime, and when I got up there he was talking, it was Denzel [Washington], it was Derek Jeter. I was like, ‘This is his clique?’ And they up there just laughing at jokes I just don’t get. He literally sat me down next to him, and this where all that’s going on at, and he sat me right here. Like, ‘You ain’t a part of this,’ you know? And he would talk to me on the side after every joke.

“That man offered me 175 [thousand dollars],” Weezy continued. “I said, ‘Believe that…’ I was looking like, two teeth in my mouth is 175, like two of them. My bottom teeth. So we laugh about that all the time. We joke about it all the time.”

Elsewhere in the conversation, Wayne revealed that fans can expect to hear a lot more from him once his label situation is ironed out.

Lil Wayne’s interview with DJ Drama’s “Streetz Is Watchin Radio” can be viewed below: