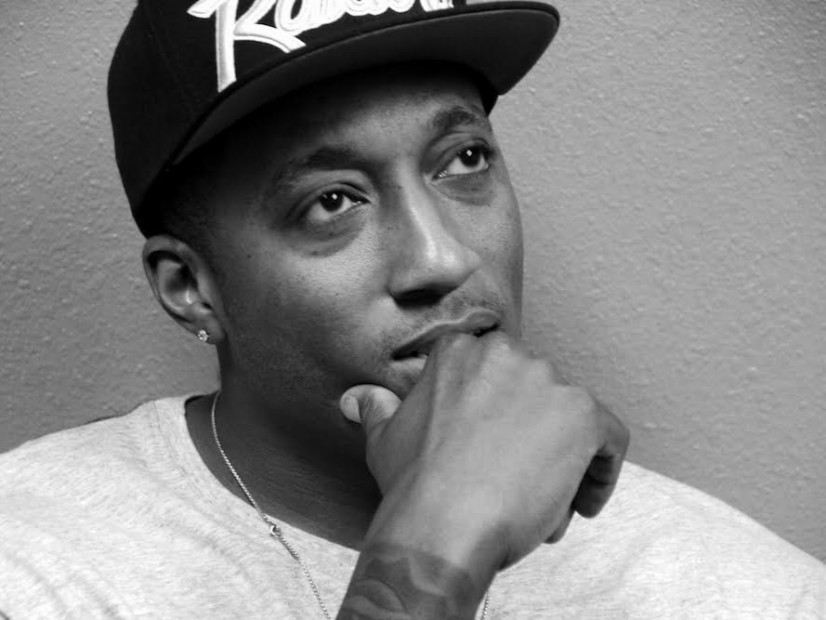 Lecrae Wants Listeners To Wrestle With His Music

La Mirada, CA – Lecrae has been making music for more than a decade, but people are still trying to figure out what to label his work. His experience at the 2014 Grammys encapsulated the Reach Records co-founder’s enigma as he was nominated for Best Rap Performance next to Kendrick Lamar, Drake, Eminem and Childish Gambino. He lost that award, but took home Best Contemporary Christian Music Performance/Song for the Anomaly cut “Messengers.” Lecrae details this event in his forthcoming book, Unashamed, and he also spoke with HipHopDX about its significance at the Higher Learning Tour stop at Biola University Sunday.

“On one hand, Elvis’ Grammys are all in Gospel, so I’m in good company,” Lecrae says in an exclusive interview, “but at the same time, I think I want people to appreciate my music just as art. Genres a lot of times, genres are almost passé in some sense. Music is so, it’s blending and it’s hard. What’s Rock? Foo Fighters, Arcade Fire, Alabama Shakes, what is Rock? So it’s like the genre blending.

“What I feel like in terms of my music is I want people to wrestle with the complexity of it and the beauty of the complexity and not just kinda write it off like ‘I get what it is. It’s just rap.’ Or ‘It’s Christian.’ Or ‘It’s indie.’ Whatever. I want you to like, no, it’s it’s own thing. Sit with it and wrestle with it and what it is in it’s own unique package. So when they hand out Grammys for that type of stuff, cool. I think that’s why people want to win Album of the Year because that means it transcends all the little pockets. It’s just good.”

In the book, Lecrae explains how he is still being accepted by mainstream celebrity culture. While attending Grammy events, he realized that people knew who he was, but were not sure how to approach him.

Lecrae does not feel like he has anything to prove. During his performance at Biola, he masterfully weaved Lamar’s “Bitch Don’t Kill My Vibe” with his throwback cut, “Jesus Muzik” and incorporated Drake’s “Hotline Bling” into a story about a girl he was trying to pick up in college.

“Sometimes your ego makes checks that your character can’t cash,” he says to the crowd.

These serve as proof of his awareness of his position within the culture as a whole. He has appeared on BET Cyphers, has garnered a #1-selling album and is running one of the most successful independent labels in the music industry.

“It’s just been cool to be myself and to be comfortable and confident in being me and see people gravitate to that and see people gravitate to what my perspective is on what I’m about,” he says. “I love just being able to navigate in all worlds, The Grammys, Billboard, all of it because there’s really talented people who are really gifted and they just wanna use their gifts and you get to see that and appreciate that without getting caught up in the high school stuff. Let’s appreciate the gifts and move on.”

With Unashamed due out May 3, Lecrae says that he is relieved the project is ready for release. He shows clear excitement at what he hopes people will learn from his story as a troubled youth who came to faith and found purpose in a rap career.

“I’m so glad it’s over. It’s like birthing a child,” the father of three says of completing the book. “Well, I don’t know anything about birthing a child, but I’m assuming it’d be like birthing a child. I’m glad because you put a lot of time and energy into writing your story and to see it come to fruition and you just wanna get it out there so people can like, it’s like putting out an album. You kinda wanna see how people are gonna respond to it. So I’m excited about the book coming out.”

Lecrae, who is also working on his eighth LP, says that writing a book is easier than making music because it is more free-flowing. The story does not need to fit in a specific format.

“An album, you got four minutes to take all this story and try to smash it into four minutes and make it like dope, make it good,” he says. “So a book is like I can just tell the whole story and then you just kinda edit it to shape it a little bit better, but it’s like, man here’s the whole story. It doesn’t have to rhyme or go to music. It’s just there.”

After experiencing the ease of writing a book, Lecrae is doing anything but holding back in his music. He says that the follow-up to Anomaly will “definitely be the best work I’ve done hands down.” He won’t disclose who exactly he is working with because he doesn’t want to tease fans with a collaboration that won’t make the album, but he says he is working mostly in Los Angeles with a great network of people.

This will come on the heels of Church Clothes 3, which was released in January. That project, which was executive produced by S1, continued Lecrae’s establishment in the mainstream. He got a feature from E-40, who he describes as a friend and legend.

“We see each other so many times,” he says. “Every time I’m in the Bay, we make time to hang out. I was just with him not too long ago at the Andre Ward fight. Really, we just wanted, he wanted me on his project, I was like, dope, so I did some songs for his album and he did one for me and we sat over the house, our wives sat down and talked for hours, just a good time, a good dude. That’s the homie, the Bay Area ambassador.”

Besides building his own career, Lecrae is using his platform to help the next generation of artists break ground. He featured John Givez and Humble Beast’s JGivens on the Church Clothes 3 cut “Misconceptions 3.”

“I’m so proud of them just as artists just for taking their craft seriously,” he says. “For me, I just hope that if I can’t hold their hand and walk them through situations, at the very least I can extend my platform for them to stand on. I have the opportunity to display y’all to my fanbase and whoever else will pay attention, so I want y’all to come on because you all are incredible at what you do. I love those guys.”

Another upcoming artist he continues to work with is King Mez. Lecrae featured the Raleigh, North Carolina rapper on 2013’s Church Clothes 2, a few years before Dr. Dre got his hands on the prodigy.

“Mez is crazy,” Lecrae says. “Mez is amazing. I appreciate him just for his integrity and his authenticity and just he’s not trying to be anybody he’s not. Even on an album like Compton with all the gangsterism and the street tales, he still is like authentic, I’ve never done this, I’ve never did that. It’s like that takes a lot to stand up and say I’m not that, I’m this, but I’m good at what I do and I’m gonna do it.”

As head of Reach Records, Lecrae wants to make an environment where all of the artists can freely express themselves and share their stories as he has. The label signed GAWVI at the top of the year. The producer brings a taste of EDM to what has predominantly been a rap label. Tedashii, KB, Trip Lee and Andy Mineo all continue to grow and refine their sound as well. Lecrae says that the label is now seeking to serve more as a platform instead of a movement.

“Every artist is so unique and Reach has to kinda play the background a little bit and say, man, we wanna just serve you all,” he says. “We don’t wanna have an agenda that is superseding your heartbeat and what you’re about. We wanna support you. So obviously, we wanna change the way people see the world and support these artists. Some artists wanna be very explicit about what they believe. Some artists wanna just make music obviously not anything that contrasts or contradicts what they believe, but it may not be as explicit in terms of that. So what Reach wants to is just say hey y’all, we’re here to serve and facilitate you guys making the best music you can possibly make. Our mission is still the same. Our heartbeat is still the same, but at the same time, we don’t wanna hinder the uniqueness of every artist that’s coming out the label.”

Part of the label’s rebranding was rewriting its About page for its website, removing the “11Six” motto, which stems from the Bible verse Romans 1:16. Throughout his career, Lecrae and his friends have used the saying to declare they are unashamed of the power of the Gospel and their transformation in Jesus Christ. Speaking to the crowd at Biola, he explains how the saying dangerously became something self-righteous, “repping more like a gang than from a humble place.”