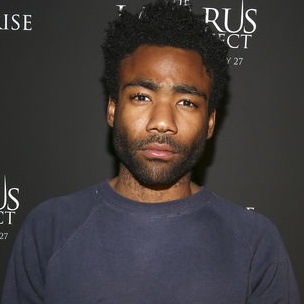 With the city of Atlanta serving as home-base for his forthcoming show on FX, Donald Glover spoke briefly on the city, during a recent press event for “Atlanta.” In addition to being “a black Mecca,” the rapper/actor revealed that the city is also “the most American place,” in his opinion.

“I know it’s going to be very easy for people to say ‘it’s a black Mecca,’ and it is, but I just think that it’s the most American place,” Donald Glover said, according to Deadline.com. “Everybody there is like ‘Yo, I got a verse’. Everybody is trying to make something from nothing.”

During the press event, the use of the n-word on “Atlanta” was also a topic of conversation. The actor revealed that it’d be “silly” to edit the way people talk, for television purposes.

“That’s how people talk,” he said. “It’s just the way it is. Trying to pretend that people don’t talk like that, like I don’t, it’s kind of silly. I feel like if we ignore that, people would immediately turn on the television and not know what world they’re on.”

In addition to starring in, producing, and creating “Atlanta,” Glover has also starred in a number of other television shows and movies. In 2015, he was featured in The Martian, Magic Mike XL, and The Lazarus Effect.

A specific release date for “Atlanta” has yet to be announced, although the Donald Glover-created show is expected to air this summer on FX.