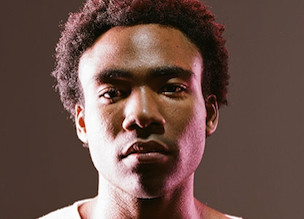 Childish Gambino, under his given name Donald Glover, has been writing a comedy series entitled Atlanta. The Verge reports that FX has purchased 10 half-hour episodes of the show, which is to portray the Rap scene in the city.

Glover is listed as writer, co-executive producer and lead actor for the show.

The rapper has had acting roles in Magic Mike XXL and The Martian this year.

(This article was first published on December 13, 2014 and is as follows.)

Childish Gambino is no stranger to television cameras. Star of the hit show Community, among others, Gambino (a.k.a. Donald Glover on T.V.) now has a new gig that will mesh his television persona with his musical one.

According to Deadline, the Georgia based emcee/actor will be the center of a comedy show pilot recently ordered by FX called Atlanta. Gambino will be the lead actor in the program highlighting the Atlanta Hip Hop scene. Glover, who will also serve as executive producer of the show, plays Earnest “Earn” Marks, a college dropout who pursues rapping after his cousin hits the big time.

“Donald Glover is a uniquely talented actor and performer who brings real-life experience to this subject matter,” FX’s Nick Grad said in a statement. “He, along with Paul Simms, has a very honest, sometimes serious, and funny perspective on life, the world of rap music and the city of Atlanta.”

Childish Gambino recently received two Grammy nominations for his latest album Because the Internet. He also released his STN MTN/Kauai mixtape back in October.