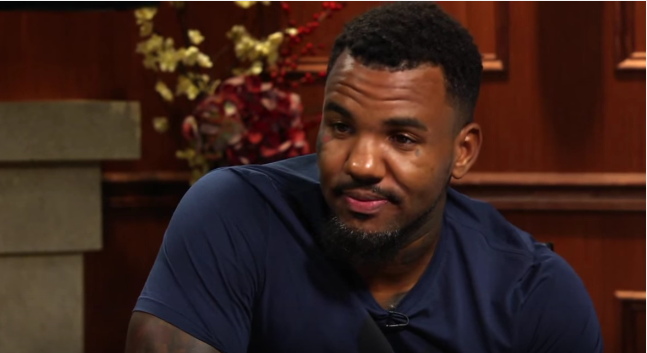 This week, The Game spoke about his decade-long rift with archenemy 50 Cent during an appearance on Larry King Now. In addition to revealing who “drew” first, the Compton, California rapper disclosed that he hasn’t seen the G-Unit frontman in around eight years. Elsewhere this week, comedian Katt Williams called out Kevin Hart to battle in the fields of sport, comedy and Rap, and lastly, Troy Ave fired back at Joey Bada$$ with his latest release, “Bad Ass.”

The Game Opens Up About 50 Cent Rift

During an appearance on Larry King Now, The Game opened up about his well-documented, decade-long rivalry with 50 Cent. In the DX Daily published on Tuesday (March 1), host Brooke Morre gave a rundown of The Game’s comments, which included the Compton, California rapper revealing that he was the individual who “drew” first in their infamous feud.

“I haven’t seen him in about eight years,” The Game said. “There was a rift. We had a shootout in New York in front of a radio station. So, I think it was a little bit more than a rift.”

Expanding on why the feud culminated in such dangerous violence, The Game said: “Egos, young, dumb, ignorant, who knows.”

The fierce rivalry between comedians Katt Williams and Kevin Hart continued this week, with the former calling out Hart to battle in the fields of sport, comedy and Rap.

“On that stage we can put whatever you want,” Williams said during the short clip. “A full court basketball court, a boxing ring, two microphones for a Rap cypher, or you can get your ass dusted in comedy on that stage.”

Williams subsequently revealed that if Kevin Hart were to accept, he’d be putting up $1 million for each of the proposed challenges.

Similar to the rivalry between Katt Williams and Kevin Hart, the feud between Troy Ave and Joey Bada$$ continued to heat up this week.

The rift started when Joey released “Ready,” a cut that features the Pro Era emcee calling out Troy Ave over his album sales. After a back and forth via Twitter, Troy Ave later responded with “Bad Ass,” a track that sees him take aim at Joey’s appearance and lack of radio singles. Troy Ave also took a shot at the late Capital Steez, the Pro Era rapper who took his own life in December 2012. As a result, both A$AP Addie and A$AP Twelvyy, as well as Styles P and Royce Da 5’9, have since decried Troy Ave’s decision to diss Capital Steez.