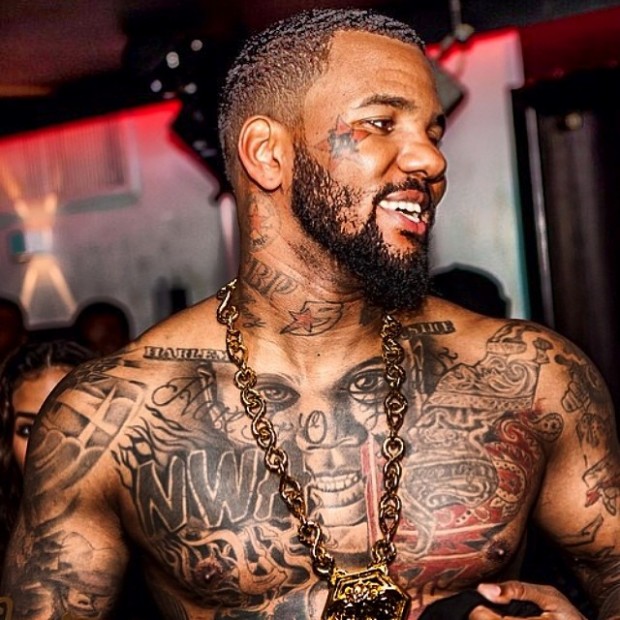 The Game was attempting to have a $10 million lawsuit against him thrown out, but a judge ruled that the Compton, California rapper must face the woman who claimed he sexually assaulted her after filming for a reality show.

The Jasmine BRAND reports that Friday (April 1) a judge ordered The Game and Priscilla Rainey to appear in court June 16 for a settlement hearing so that the case does not have to go to trial. The judge warns The Game that if he doesn’t show up, he will be punished by the court.

The judge also advises both parties that the proceedings of the case are to remain confidential. The site says this is a warning for The Game and Rainey to refrain from commenting on the case via social media.

Rainey was awarded a default judgment in February after The Game did not respond to the initial suit. He said he was not properly served the papers for the case.

The case was initially filed in August after Rainey accused The Game of sexually assaulting her when they went out after filming a segment for his She Got Game reality show.

The Game is asking a judge to throw out the $10 million lawsuit filed against him by a reality show participant, according to theJasmineBRAND.com.

The Compton, California rapper says Priscilla Rainey should not be compensated because she made the story up about his sexually assaulting her.

The Game is asking that the lawsuit be thrown out of court.

(The most recent post in this thread was published February 24, 2016. It is as follows.)

The Game is seeking to overturn the default judgment in the $10 million lawsuit filed against him by a reality show contestant, Bossip reports.

The ruling said that the Compton, California rapper never responded to the lawsuit, which was filed in August. Priscilla Rainey automatically won the case, but has yet to be awarded any of the $10 million she was seeking.

The Game is saying that he was not properly served the papers for the case. Rainey’s representatives tried to serve him more than 40 times. They reportedly went to his house, but the rapper has been on tour and was not there. She also tried reaching him through his former agent and attorney, who did not relay the message onto his current staff. The rapper suggests that she should have tried reaching him at the studio or the gym.

Rainey sued The Game because she says he sexually assaulted her after taping for his reality dating show, She’s Got Game. He was reportedly drunk and high, and forcibly reached up her dress to touch her.

The Game has responded in court to a $10 million lawsuit filed against him by a contestant on his She Got Game reality dating show.

The Jasmine Brand reports that The Game‘s lawyer has filed court documents saying that he will represent the rapper in the case.

Priscilla Rainey accused the Compton, California rapper of sexually assaulting her while the reality show was being taped and sued him in August for $10 million.

A judge gave Priscilla Rainey a default ruling earlier this month because he did not respond to the initial lawsuit. Rainey was not awarded any money and now has to prove to the judge why she deserves the $10 million she is asking for.

The Game responded to the ruling on Instagram, emphasizing that he does not owe her any money and saying that he believes he will win the overall lawsuit.

“She has a history of theft, fraud, prostitution arrests & a lot of other “Tranny Panty” activity in her past that makes this false claim irrelevant,” he wrote for the caption of an image of himself wearing boxing gloves. “Don’t be fooled by these accusations or the dollar amount in the headlines cause I put that on my favorite aunties poodle this broad ain’t gettin shit ! Every girl on that show will tell u I never touched this chick or ever desired to be anywhere near her. She got kicked off the show & as a result she filed this lame lawsuit which was probably her intentions before the show was ever even started. She was begging for my attention the entire time we shot the show & was given the ultimate Major League Baseball CURVE ball so that upset her.”

(This article was last updated on February 3, 2016 and is as follows.)

A judge gave a default judgment Monday (February 1) to a woman who sued The Game for $10 million, Bossip reports.

The Game did not formally respond to the case and therefore lost the suit.

Priscilla Rainey was a contestant on The Game’s reality dating show, She Got Game.  She filed the lawsuit in August after she claimed the Compton, California rapper sexually assaulted her when they went out on a date after shooting for the show. He was reportedly drunk and high.

Now, Rainey has to prove to the court why she deserves the $10 million that she is asking for.

“My client was damaged by the sexual assault,” Rainey’s lawyer, Adam Horowitz, says. “She’s been in therapy. Now, she’s anxious to tell her story.”

(This article was first published on August 5, 2015 and is as follows.)

A woman who participated in The Game‘s forthcoming reality show, She Got Game, is suing the rapper for sexual assault, TMZ reports.

Priscilla Rainey is seeking $10,000,000 from The Game and says that while shooting a scene for the show in May, he sexually assaulted her multiple times.

She says the rapper was drunk and on drugs and forcefully reached “his hand inside her dress to rub her bare vagina and buttocks.”