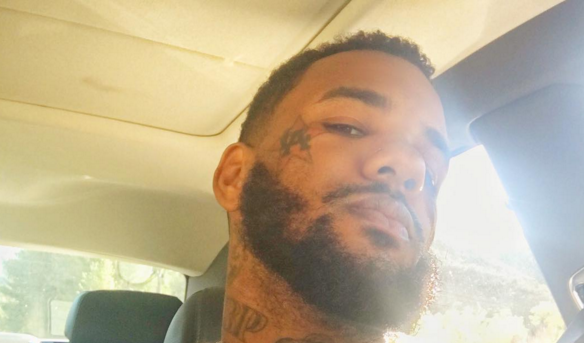 This week in Hip Hop, The Game opened up about his decade-long rift with archenemy 50 Cent during an appearance on Larry King Now. After explaining that the beef culminated with a shootout in New York, the Compton, California rapper put it all down to “egos,” as well as being “young, dumb [and] ignorant.” Elsewhere this week, Allen Iverson spoke about Post Malone’s 2015 hit “White Iverson” and lastly, Kanye West mocked Deadmau5 after the Canadian music producer called out Yeezy for being on the piracy site, Pirate Bay.

The Game Reveals Who Drew First In 50 Cent Feud

During an appearance on Larry King Now, Compton, California rapper The Game opened up about his well-documented, decade-long rivalry with 50 Cent.

“I haven’t seen him in about eight years,” The Game said. “There was a rift. We had a shootout in New York in front of a radio station. So, I think it was a little bit more than a rift.”

Expanding on why the feud culminated in such dangerous violence, The Game said: “Egos, young, dumb, ignorant, who knows.”

During a recent interview with Complex, Allen Iverson revealed that he wants to meet Post Malone, the Dallas rapper behind one of last year’s biggest hits, “White Iverson.”

Throughout the single, which currently sits at #22 on the R&B/Hip Hop single sales chart, Post Malone compares himself to Allen Iverson, who won the NBA’s Rookie of the Year in 1997 and was named league MVP in 2001.

“I want to meet him,” the basketball player said of Post Malone. “He did an awesome job. I was just telling my friend on the way over here that when we get in the car, we hear [‘White Iverson’] at least like 10 times a day. It definitely gets a lot of record play around here. And it’s just an honor for him to make a song with my name in it.”

Kanye West Thrashes Deadmau5 After EDM Artist Calls Him Out For Being On Pirate Bay; Source Clarifies Rapper’s Post

Earlier this week, Deadmau5 called out Kanye West after the rapper shared an image of a computer with one of the tabs open to Pirate Bay, an illegal downloading website. Of the three tabs visible in the picture, one tab was open to Serum, a producing software co-owned by Deadmau5.

Continuing, Deadmau5 suggested that fans start a Kickstarter campaign to raise the money to allow West to buy Serum legally.

“Let’s start a Kickstarter to help @kanyewest afford a copy of Serum,” he wrote before continuing in another tweet. “He needs a small loan of 200$ #prayforyeezy”

“# ok very serious question…” West wrote in a series of posts. “# whose job is it to carry the head on the plane # hash tag # do you check the mickey mouse head or carry on # does it get hot? # ok another super serious question … is there a portable fan situation?”

A source later revealed, according to Billboard, that the photo of the computer showing a tab with Pirate Bay open was not Kanye West’s computer.

The story says it was of a computer running Pro Tools in the studio in which West was working.

The source stated that the Chicago rapper-producer does not use such websites and does not approve of piracy.