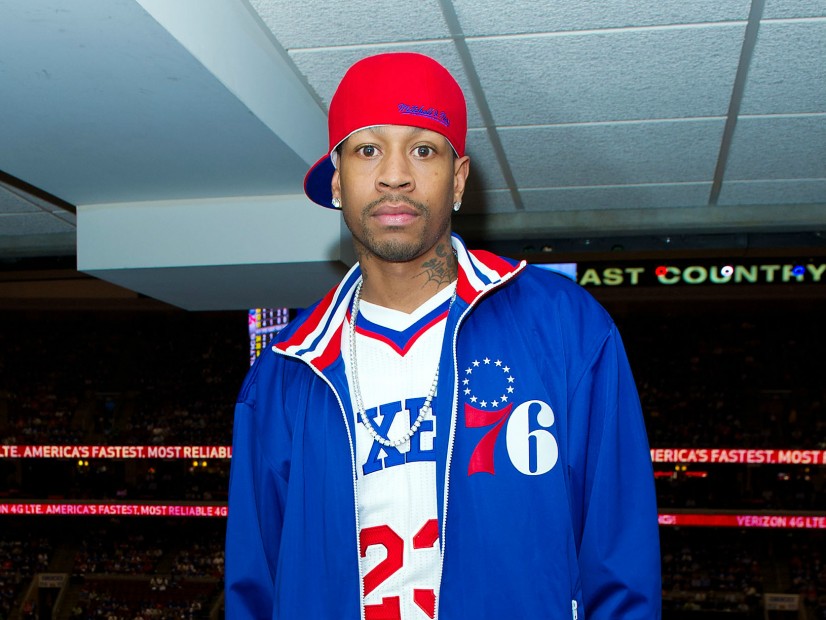 Post Malone made noise when he dropped “White Iverson” last year and compared himself to Allen Iverson, who won the NBA’s Rookie of the Year in 1997 and was named league MVP in 2001.

Iverson spoke with Complex to share his thoughts about the Dallas rapper‘s song, which has been criticized by some, including Earl Sweatshirt.

“I want to meet him,” the basketball player says of Post Malone. “He did an awesome job. I was just telling my friend on the way over here that when we get in the car, we hear [‘White Iverson’] at least like 10 times a day. It definitely gets a lot of record play around here. And it’s just an honor for him to make a song with my name in it.”

Iverson also details some of the artists that he’s played basketball with. The interviewer asks him about a story he heard of when Ma$e reportedly cheated in a game of one-on-one and Iverson refused to pay the $10,000 bet.

“That was my partner, so I’m pretty sure that did happen,” Iverson says.

He also recalls a time he wanted revenge against Jermaine Dupri when the music mogul beat him in a game.

“I remember one night we went to Jermaine Dupri’s studio and I had been drinking before I got there,” he says. “We went into the gym and he beat my ass. Then he went on 106 and Park and bragged about it. So the next time we played, I made sure that I came prepared. I hadn’t drunk anything and beat his ass. And during that game he was saying, ‘You need to get him a couple drinks.’ I told him, ‘Nah. Not today. You ain’t going to brag on this one.'”

Elsewhere in the interview, Iverson discusses the possibility of him being inducted into the Naismith Memorial Basketball Hall of Fame. Last month, he was named a finalist for the Class of 2016. Even though the 11-time All-Star says he hopes he gets in, he also says he is happy with what he has achieved in basketball regardless.

“If God feels like it’s my time, then yeah,” he says. “But if that’s not something that He wants for me, then I respect that. He’s done so much for me. I mean, I’ve done a lot in this league. I’ve accomplished so many things in basketball. I financially secured my kids’ life and their future. I’m just happy. I’m just blessed. So anything that I’m not awarded doesn’t matter because I’ve been rewarded enough in this lifetime. The way that I believe in Him, He’ll continue to bless me in many ways. It doesn’t have to be anything as far as basketball or anything like that. I just want him to bless me and my family with health, strength, and help me with making the right decisions in my life.”

Read the entire interview at Complex.