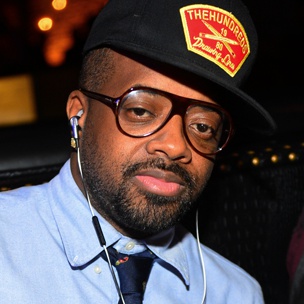 Despite the impact of the internet, manager/record producer Jermaine Dupri revealed that those in his position are still very much needed in the music industry. During an interview on Ebro In The Morning, he referred to those in his position as quarterbacks, and went on to explain that most successful rappers have had someone to coach them in their careers.

JD later revealed that some artists are struggling to reach the height of their music careers because they don’t have someone in their corner.

“Personally, to me, the most successful rappers ever in rap have always had a quarterback,” Jermaine Dupri said. “I don’t care who you are. Snoop Dogg, Eminem, 50 Cent, Biggie, Tupac. I mean, the list goes on. You have to have a quarterback. Even Lil Wayne and Baby. One of them plays the pass and the other one plays to go get the pass…To me, that’s still the problem with some artists that we see that’s at this one spot, but they just can’t tip it over. I just believe it’s cause they don’t have that quarterback…At some particular time, you have to have somebody that pushes you to do a little something different then what you are actually locked into doing.”

Jermaine Dupri also spoke on why he doesn’t consider himself a legend. He explained that the word “legend” is one he isn’t a fan of, but added that he does appreciate the exclusivity of it.

“Nah,” he said when asked if he considers himself a legend. “I don’t think about it really. But I do think that the word bothers me a little bit sometimes. I don’t know. Yesterday, I was on the Huffington Post Live, and I left and Timbaland came. I saw Timbaland on here too, yesterday. Timbaland came after me. And I was looking at my interview and it said, ‘the legendary producer.’ That’s what it said about me. Then when he came it said ‘the Grammy Award-winning producer.’ And I’m like why I can’t get Grammy Award-winning? I did that too. I don’t know…I steer away from that…I really don’t mind people saying it. I think it has something—it’s a piece of cloth that everybody can’t have, right?”

Video of Jermaine Dupri speaking on why artists need a “quarterback,” can be found below.