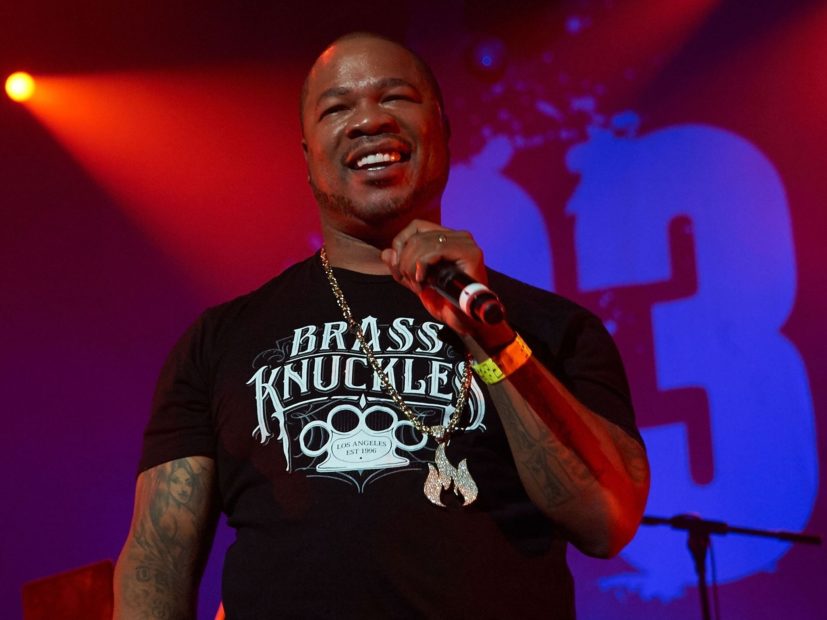 While widely considered a Los Angeles artist, rapper/actor Xzibit spent some of his formative years in Albuquerque, New Mexico. Anyone who’s seen Cops knows how Burque gets down. It’s referred to as the “Wild Wild West” for a reason.

Before X discovered Hip Hop, he was heading down a dark road, one littered with violence and drugs. But after moving to Los Angeles, he was drawn to the pulse of the famous music city. To this day, he credits Hip Hop for providing salvation.

“It’s my outlet,” X tells HipHopDX. “It saved my life. Hip Hop saved my life definitely. When I didn’t have an outlet to kick and scream, thank god I found Hip Hop because I would have been like everybody before me that succumb to pressures of life and kill somebody and just do something stupid, or jeopardize my freedom. I’m thankful that Hip Hop is here for me and that I was able to do what I needed to do with it.”

Over the past two decades, X to the Z has become a permanent fixture in Hip Hop culture. From his hosting gig on MTV’s Pimp My Ride to his work with Dr. Dre, X has transcended any perceived challenges. He’s one of a handful of artists to have not one but two albums associated with Dre’s Aftermath Entertainment imprint, a monumental feat considering Dre’s tendency to shelve them.

“Part of the reason is that I was never on Aftermath,” he explains. “My albums came out through Loud Records. Then Loud Records got absorbed into Sony and Columbia, so my other major releases came out of there. Everything else after that was independent.

“Dre would always come across the street to wherever I was signed to, which was a pretty big deal because he was one Interscope’s biggest artists. Being able to go and say that I have access and a relationship with Dr. Dre that allows not only him to come over and work with me, but the label is O.K. with it? It’s been a blessing.”

X and Dre have built a solid partnership based on mutual respect. In 1998, Dre recruited him for Snoop Dogg’s “Bitch Please” single as well as Dre’s 1999 classic, 2001.

“I view him [Dre] as a mentor,” he says. “I view him as someone I admire, someone I look up to. And he showed me a lot of things. He definitely gave me some real criticism that aligned myself in the right direction. And yeah, it’s about the message and I received it clearly. I think that’s why I was able to get that kind of production and be able to put it out through my resources and my label relationships.”

If X heard Dre’s “message” loud and clear, it’s because Dre doesn’t play around when it comes to the studio. X reveals there are essentially two criticisms someone can get from the Beats mastermind.

“You can get the ‘Okay, he likes you’ or ‘Okay, he’s not fuckin’ around with you,” X says with a laugh. “So here’s an example of he likes you. He told me at one time, ‘Alright man, your outside studio activities got to be just as good as your inside studio activities, because if you are dope in the studio but you’re an asshole in the street, you’re gonna fuck up the music. So they both have to equalize the same.’ Alright. Boom, done. Done. Turn back to the board, turn the music back up. Boom. That was it.

“Then the other part of that is like, ‘No, do it again. No, do it again.’ He’d say, ‘You’re doin’ it like this, I’m sayin’ do it like this.’ We’re not talking full verses either. We’re talking about like lines, like one sentence. Like, ‘You stop right there and we gonna work on this sentence until I feel like it sounds like the way I want it to sound. Go ahead. Go. Then it was ‘Nah, nah, nah, do it again. One second, and go. Nah, nah, nah, we gonna do it. Hey, you’re doin it wrong, do it again. But then at the end, you see what the outcome is.”

One of those records was “What’s The Difference” featuring Eminem from Dre’s aforementioned solo album 2001. The recording for this particular cut was atypical of a Dre session.

“With ‘What’s The Difference,’ Dre called me to the studio and he was in the middle of mixing the record, I believe,” he explains. “And there was a spot there and he allowed me to spit a verse, and everybody agreed to it.

“It was like ‘Okay, boom it’s in there.’ They were like, ‘Okay, it’s a great verse, but inside I was like, ‘Holy shit!’ Then when they said they were gonna use it as a single, I think that’s where it took it up another notch and I just realized the momentum we had gained. We were heading in a positive direction.”

In terms of X’s recent musical output, the 44-year-old just put out a joint project with B-Real and Demrick called Day Of The Dead under the Serial Killers moniker. He’s also preparing to release his first solo album in six years, the tentatively titled King Maker. It will serve as the follow-up to 2012’s Napalm.

“I think it’s gonna help a lot of people,” he says. “And not from a braggadocios point of view. I gotta bunch of fuckin’ material things but ‘King Maker’ for me means that this is how you make men, and here are the instructions of building people that are not broken. So that’s the writing standpoint that I’m coming from on this album. I can’t wait to share it with you guys.”

On the acting side, X’s character on FOX’s hit series Empire— Shyne Johnson — was killed off earlier this year, but he’s already looking toward the future. However, there’s one thing he’s not gonna do — and that’s a Pimp My Ride reboot.

“I don’t think I would be available for that,” he says. “God bless ’em man, you know what I’m sayin’. I know they probably will with another host or whatever. People come up and talk to me about that all the time, man.

“I’m glad it had such a dope impact across the board with so many different people, you know. I think it’s dope man, but, it’s like ‘eh, I don’t know. I like what I’m doin’ now.”