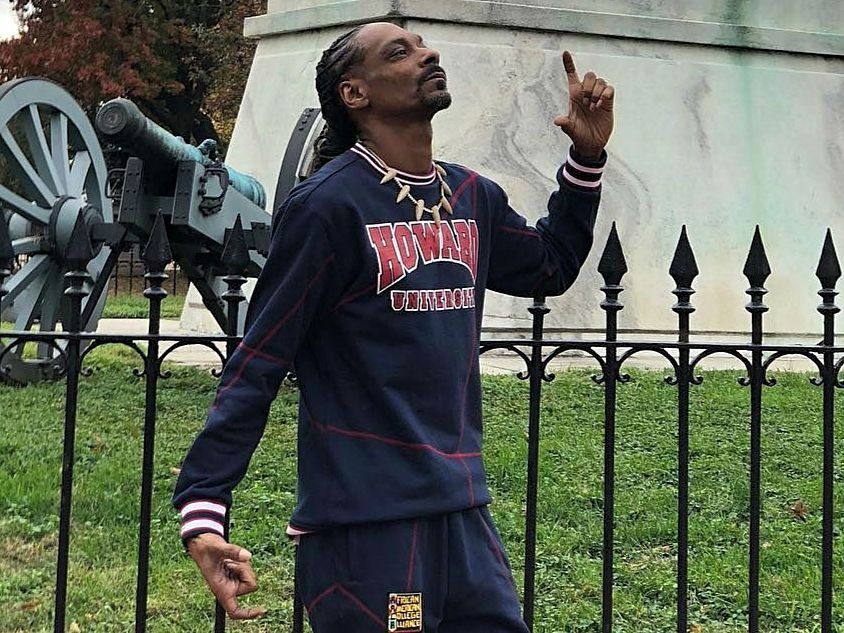 Snoop Dogg has made it abundantly clear that his disdain for Donald Trump runs deep.

Last year, he pretended to assassinate a clown resembling 45 in BADBADNOTGOOD’s “Lavender” video,  which prompted Trump to tweet about Snoop’s “failing career.” He’s also spoken out against the current administration multiple times.

But for some reason, the D-O-Double-G was in an exploratory mood on Wednesday (November 7) and decided to make a trip to the White House in Washington D.C.

He had one mission in mind — to smoke a blunt. And he did that.

“Fuck the president,” he says in the third clip.

In the fourth clip, a noticeably blazed Snoop gets back to his hotel room where he continues to smoke and watch Netflix. “Netflix and chill,” he says.

From there, Snoop hilariously mouths the words to something he’s watching on television and provides a few moments of comedic relief for his 28.4 million Instagram followers.

Back from the White House ?