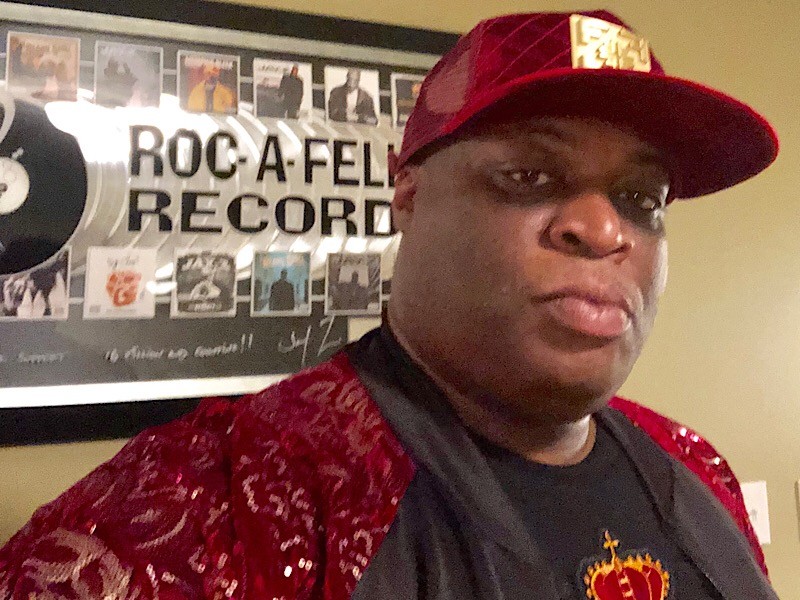 When Lil Wayne finally let his long-awaited Tha Carter V out into the world, fans were immediately drawn to the Swizz Beatz and Avenue-produced “Uproar,” which — quite obviously — is a direct reworking on the G. Dep‘s hit song “Special Delivery.”

Interestingly though, while a peruse of the supposed samples on the album’s Wiki profile indicates that it does borrow from the 2001 G. Dep song — as does pretty much every piece of online literature about the album — the official credits themselves omit the producer of the original Ez Elpee, who told HipHopDX that he was in no way involved in the record.

“They stole my shit,” he says describing his original reaction to the song — which he heard for the first time along with everyone else when Tha Carter V was released on September 28. “Seventeen years and now we’re having extra plays on the record … that was a hit record. It stood the test of time.”

Elpee clarifies that he (more than) won off the original and doesn’t harbor any resentment, but — low-key — does find it slightly disingenuous not to give the credit where it’s due.

“I went into the comments or whatever, and [Swizz] is trying to downplay it,” he says. “It’s just like if I took ‘Ruff Ryders Anthem‘ and did it over and didn’t give him a credit for it … I know you need a record. I understand that. I know you’re trying to reinvent yourself. That’s dope. There’s nothing wrong with that. But like damn my nigga, like you trying to act like you never heard ‘Special Delivery?'”

If the name Ez Elpee isn’t ringing any bells for you, that’s understandable. In an era that pre-dated social media, producers who didn’t rap, drop egregious adlibs or exclusively produce for one rapper (as a duo) largely worked behind the scenes and under the radar of the public.

It was here that Elpee crafted a legacy producing some of the biggest records of the past 25 years.

With timeless songs like Junior Mafia’s (specifically Notorious B.I.G and Lil Kim) “Get Money,” Capone-N-Noreaga’s “Bloody Money,” Shyne’s “Bad Boys Anthem,” Mobb Deep’s “Get Away,” and Bravehearts and Nas’ “Oochie Wally” — to name a select few — his discography is solidified.

“I’m pretty classic,” he says with a laugh.

Though he has quietly racked up some credits this year — such as on “Motiv8” off J. Cole’s KOD — his focus in 2018 is centered around producer 30 Roc, who he is currently managing. With songs like Cardi B’s “Bartier Cardi,” Yo Gotti’s “Rake It Up,” and an executive producer title on Lil Yachty’s Lil Boat 2 LP, he is having a serious run.

“I’d put a million dollars on him to be like one of the top producers. I would do that. Like I stamp that … that’s an easy stamp,” he says. “He’s continuing the legacy. He wants to stand the test the time.

“I guess for me it’s a do-over’ for everything I did. Anything that I thought I did wrong, it’s not going to happen with him.”
​
Things Elpee describes seeing in the Bronx producer — who brought him out of self-imposed retirement — are consistency and originality, assets he also shares.

“I took myself outside the box and experimented with what I thought the world would like,” he explains telling us about his early career. “It still was what I liked, but it was what the world needed … If you’re going to emulate you’re not doing anything for the culture.”

Elpee points to the fact that none of his beats sound the same. “It was about pushing new boundaries,” he says. As an example, he recalls the time in Miami when he first heard Pharrell’s instrumental for “Super Thug,” a song that pushed N.O.R.E to notoriety, and allowed Elpee (who also produced on the self-titled debut and served as N.O.R.E’s DJ) to tour the world.

Though he had a crafted some huge tracks throughout the 90s and in the 2000s, his 2000-2001 run ultimately defined his career. “[‘Bad Boys Anthem’] changed my life,” he says. “I think the record came at the right time for everybody. Shyne was in a hurry. He was in a tough pickle.”

As a bit of Hip Hop nerdery, he reveals that the beat was actually explicitly crafted for Lil Kim, who ended up passing on it. It was on a beat tape that also included “Oochie Wally,” which he first played for N.O.R.E, who passed on it. The rest, as they say, is history.

“Even when you try to run away from it where you’d be like, ‘Oh, I had enough, nobody cares about me’ or whatever, there’s always going to be something that just taps you on the shoulder,” he says of his return and lifelong devotion to Hip Hop. He’s more than happy to put his all into helping usher in a new generation and letting the next wave of artists have their moment. It’s in this acceptance of the new wave that he’s managed to endure.

Ultimately it’s this endurance and ongoing success that allows him to brush off the apparent “Uproar” snub. “We’ve all made a lot of money … life goes on,” he reiterates. “I just find it unusual that Wayne said that he hated the beat — on the beat — and now it’s on his album,” he says with a laugh referencing the 2012 “Green Ranger” freestyle.