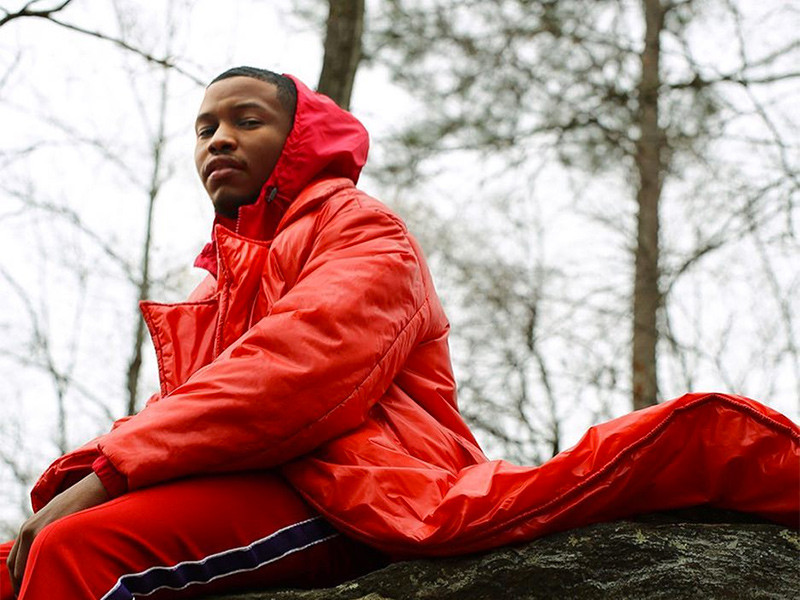 Nick Grant wants you to know he’s just like you, even if his life story may not be exactly the same.

On his new Dreamin’ Out Loud mixtape, he’s driven by that aspect of relatability, sharing his personal experiences in a way that allows listeners to pull nuggets of wisdom to use in their own journey.

Grant’s own journey began in South Carolina, where he discovered his passion for rapping at an early age and became serious about the craft even before his teenage years. For him, lyricism and content are paramount, adding to the feeling of authenticity that permeates much of his catalog. Now three mixtapes into his career, it’s clear that longevity is the goal rather than finding the quickest road to success, influencing his style and strategy as he seeks to make music to outlast the rapidly changing musical landscape.

With Dreamin’ Out Loud, however, he’s also aiming to become more accessible, juxtaposing heavy, introspective cuts with more upbeat tracks designed to immediately hook the listener. On “Bleu Cheese” he swaggers over a booming trap beat with ease; elsewhere he links with the veteran Yo Gotti on “The Switch Up” to boast his new lifestyle and elevated status as an MC. You won’t hear any ad-libs on the standout “‘96 Bulls,” however, as Grant impresses with limber wordplay and endless quotables in an extended single verse.

This past Friday (June 1), Grant celebrated the mixtape’s release with a concert and meet-and-greet in Hollywood, while inviting the incomparable DJ Khaled to serve as his hype man and share a few words on his behalf. Typically, the rapper hits the stage with just a DJ and a recording, but on this special occasion he linked with Grammy-winning band 1500 or Nothin’ to enliven the soundscape. Also bringing out singers Stacy Barthe and India Shawn to lend their vocals to “Black Woman” and “Lincoln Apts.,” respectively, the engaging experience did much to make the music truly resonate, creating an intimate atmosphere that everyone was able to enjoy.

HipHopDX caught up with Grant after the show to talk about the performance, as well as the creative process that went into Dreamin’ Out Loud and to hear the stories that inspired some of the songs.

HipHopDX: How did the live band come together?

Nick Grant: My relationship with Mars and 1500, just moving around the city, moving around LA. He was one of the first people I met in the business that was real genuine, and we always had plans of working with the band because he was producing my records and everything. So just staying consistent and keeping our relationship close, that was fun.

DX: How was it different than performing with a DJ and a recording?

Nick Grant: It’s definitely a lot more energy; on top of what I do it just makes it that much more special. I enjoyed it a lot, there’s so many different things that people can pay attention to and dive into, as opposed to just me and a track. It makes it better, fills it out a little more.

DX: Let’s talk about the new project, Dreamin’ Out Loud. What’s the main takeaway that you want people to get from listening?

Nick Grant: Main takeaway: I’m human, just like everybody else. I have stories that connect and can resonate with a larger group of people, we all go through things and I’m not exempt. My voice is not only for people that have been through it, but for people that might go through it, so you can take my example and apply it to your life, and just go from there.

DX: You’ve said that your last project Return of the Cool felt a little rushed. How did you keep this one from going the same way?

Nick Grant: I started earlier, you know what I’m saying. When I dropped 88 it took my whole life, I had my whole life to plan and put out the right records. But then I only had a year; I dropped Return of the Cool the very next year, which I wasn’t used to, so of course it would feel rushed. But after I dropped Return of the Cool I got right back in the studio; I always heard that’s the correct remedy to making great records, to give yourself more time and attack early, so you can lay it out and be prepared.

DX: How long were you working on this project?

Nick Grant: I was working on this tape for about six months, and then for us to get it out took another six months, but the timing was perfect. Couldn’t be any better way.

DX: The song “Lincoln Apts.” stuck out to me, the way that you paralleled love and hate in the two verses. What made you want to use that framework?

DX: You sampled “My Place” by Tweet on “Father Figure.” What made you want to tell your story over that beat?

YOOOOOOO YALL MUST GO GET @nickgrantmusic NEW ALBUM “DREAMIN’ OUT LOUD” SO INCREDIBLE SO GENIUS!!! I GOT MINE!!!! SALUTE TO YOU!!! KEEP SHINING!!! ??

DX: Do you feel an added responsibility when you sample a record, like a feeling of “not just my own story, but I have to do their story justice as well”? How is it different than working with an original beat?

Nick Grant: I feel like I gotta do it my way, but do it as best as possible, where they approve of it. It’s like going into somebody else’s house; you’ve got to act accordingly, but you don’t change who you are either.

DX: You had BJ The Chicago Kid on this tape and you’ve both worked together before. What’s your relationship with him like?

Nick Grant: He’s one of my good friends, he was one of the biggest artists that helped me out when I first came in and didn’t have any records out. But he did a hook for me for free, that kind of integrity and being that genuine is rare; not only in the business, but in the world. So when people do that, you gotta take notice of that, and know who to carry with you in your journey. Hopefully that person feels the same way as you.

DX: Do you feel like you’ve made it as an artist?

Nick Grant: Me, I never feel like I made it. That’s how I keep humble, how I keep my sanity, that makes my journey easier. When you’re not humble, it allows other people to put you in your place, and I never want to be that vulnerable where somebody can say “you’re not doing this.” So for me, I try to stay humble, I try to act accordingly. I feel like I’m a very solid person as far as my upbringing goes, and that doesn’t really change. These are like the standards as far as my personality, when I walk in the door, I want people to just know who I am and what I represent. That’s key.