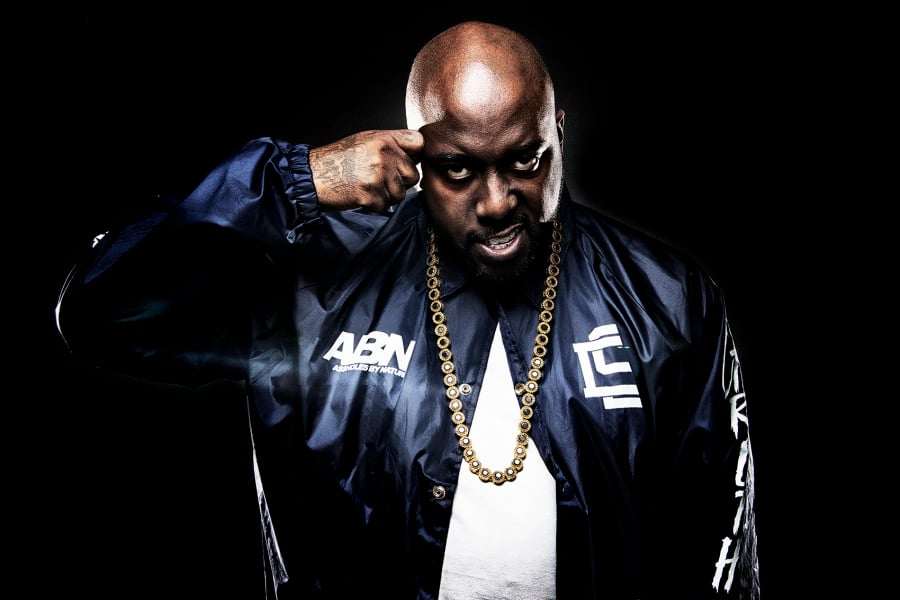 For Trae Tha Truth, Being Presidential Is All That It's Cracked Up To Be

In July of this year, Trae Tha Truth released his third volume of Tha Truth, adding another set of introspection and hustler-driven anthems to his decorative catalog. As an underground legend and one of the distinct voices out of H-Town, the rapper born Frazier Othel Thompson III has built his dedicated following around his realer than real rhymes – some so dark and discomforting that they’ve hindered his opportunity to be a mainstream force.

Instead, Trae took that as a sign to hit the pavement and establish genuine relationships with his community. Trae Day, which recently concluded its 10th annual edition, made headlines for Trae’s philanthropy; he teamed up with Houston Public Library to donate 75 scholarships to students to put towards higher education. As he explains to HipHopDX on the importance of being a community leader, it’s about taking on the role as a big brother mentor to the people who need it most.

And at this point in his career, Trae is built for this. He’s collaborated with tons of MCs from old and new, many of them appear on 2017’s big rap posse cut “I’m On 3.0,” which boasts 16 features — including a rare appearance by Chamillionaire. Elsewhere on Tha Truth, Pt. 3, he opens up about losing his friend Dominic “Money Clip D” Brown in “Can’t Get Close” and reflects on his early days coming up on “Take Me Back.” Both standouts prove he’s still sharp and passionate after all these years.

Below, Trae talks to DX about the album, Trae Day, the status of Grand Hustle, and more.

HipHopDX: A couple of years ago, you told us that Tha Truth was your 2Pac’s Me Against the World. What do these other volumes mean to you?

Trae Tha Truth: They all mean a lot to me. I believe it’s definitely a staple in hip-hop. And I say that not because it’s just me, but because of the things I am accomplishing with it. “I’m On” alone that’s never been done. You can’t name somebody with 16 artists [on the song] and let alone a song that everybody likes. And it’s just well put together man. I just take pride in my music and I work hard for it.

HipHopDX: For Pt. 3, you partnered with McDonald’s for it. How’d that come together?

Trae Tha Truth: The partnership was for a lot of stuff I do in the community. But they wanted to pick a song off the album that represents them. So a song on the album called “Take Me Back” that they felt represented what they embodied. It’s just the feel of it. They spent a whole bunch of money just promoting the song. Trae Day. The album. It was a bound of a new relationship and it turned out to be real, real dope.

HipHopDX: This year you became Vice President of Grand Hustle. Are you ever going to stop making music and focus on your executive role?

Trae Tha Truth: My biggest fear of accepting the role was that it was going to take away from my music. I’m managing it right now, but yeah, if I had to choose the two, of course, I am going to go with music.

HipHopDX: Balance-wise, where is it at right now?

Trae Tha Truth: Balance-wise, I just bring a lot to the table of making sure that everybody else’s stuff is put together. I feel like it keeps me on my toes. Whenever I do decide to ease back from the music, which I’ve been able to do what I do cause me being the Vice President is just me running the business. I’ve been doing that my whole career, my whole life, so that’s easy. I think right now it’s a lot more eyes on me so I gotta make sure my music is the best I can be.

HipHopDX: We’ve seen a lot of artists step up to these CEO roles. What did T.I. see in you?

Trae Tha Truth: As he say, he’s seen me—an artist—with the least, do the most with it. I’ve been stripped of everything. From being banned [on Houston radio] and all kinds of stuff from every city to every situation that I run across, I handle it and make it work. He felt like I was best representation to take that challenge and get it handled. That’s what I’m doing.

HipHopDX: What’s the status of Grand Hustle? Can you give me a rundown of everyone?

Trae Tha Truth: Tokyo Jetz’ project we just put out yesterday called Viral. London Jae has a project out right now [called 10 Summers]. RaRa has a project out and a new one [The Real One] coming. Of course, my album just came out. Dro’s Day Three should be coming out. The Hustle Gang album is priority right now. That comes out the second week of September. This is the first album. With me having a say, we’re making sure we all agree on the right records and everything.

HipHopDX: What about T.I.?

Trae Tha Truth: His next album is called The Dime Trap, but I’m not sure if it’s going to be his last album. But I do know he’s focusing a lot more on acting and other business that he has going on.

HipHopDX: I want to talk about Travis Scott. He’s one of the bigger, younger acts coming out of Houston now. What do you think of his whole movement?

Trae Tha Truth: Yeah, I can’t do nothing but salute that. The work speaks for itself.

HipHopDX: You two have collaborated on records before?

Trae Tha Truth: We probably have a couple of works. One of them had leaked out. “Trapped in Mexico,” I think. I have another one stashed away that we did along time ago that’s on the hard drive. Nothing recently yet, but it’s not really hard to get it done.

HipHopDX: Do you think you’ll be on his album, Astroworld?

Trae Tha Truth: I don’t know. If he reaches out and puts somebody from Houston on there, I would think I would be one of the top ones to pick from.

HipHopDX: For Trae Day, you gave out 75 scholarships to kids. That became a big headline—

Trae Tha Truth: Yeah, a lot people thought that was the big headline. But I don’t think that was the big headline. The big headline is being able to do this for 10 years without being washed away and the cause I do it for made it that much more amazing. Every year these kids make sure they get their school supplies, their backpacks, the support they need. Now scholarships. Just creating a lifelong memory that they’ll never forget. Becoming that one second of hope that they do need to keep going as opposed to crashing out or giving up. So, of course a lot of people see that, but I think all in all everything about it combined makes it that much bigger.

[The scholarships] was really what people were focusing on. Y’all still forgetting about four-five thousand kids that are barely in elementary [school] right now getting helped and blessed the same way. It works. I’m just proud to be one of the ones who have accomplished it and done it. Of course, I have my own day now and a key to the city. It’s blessing on top of blessings.

HipHopDX: Talk to me about the importance of being a community leader now.

Trae Tha Truth: It’s important to those who care because if you don’t care and you don’t get it, I can’t be mad at you because you don’t. But for those who do get it, it’s very important because we care. I remember coming up, there’s times when you step out as a man, that you can’t run to your mom or somebody else. You feel it’s you against the world when you’re out there in these streets and other stuff. I remember feeling alone a lot. I always told myself that I didn’t like that feeling. The fact of me being able to be one of the ones that the people who are “alone” can relate to or rely on as their big homie, that’s enough for me right there because knowing how I felt, I gotta do what I gotta do cause it’s me against y’all. The fact that I’m taking some of that stress off them, “Well, I am by myself but I know I can at least scream at big homie and try and get some game and figure it out.” That was my goal.

HipHopDX: Do a lot of kids reach out to you now?

Trae Tha Truth: All the time. I’m part of No More Victims of Incarcerated Parents and other things. I’ve toured through the prisons. I was the first rapper in Texas to tour through prisons, that the people were able to go to the units, perform, and kick with them for the day and just do different stuff. All that turned out super, super dope.

HipHopDX: Looking back at the first Trae Day, what motivated you to do it in the first place?

Trae Tha Truth: The first Trae Day, I was excited. Like, ‘Who the fuck get their own holiday?’ So even if it was exciting for me, I just wanted to do something for the city. We went and bought some last minute supplies and did what we did. We ended up giving it out. It turned out to be crazy right then and there. And from that point on, I just did it big every year.

HipHopDX: What was going through your life during that time?

Trae Tha Truth: First Trae Day, I was more at ease. I wasn’t banned from radio or none of that. All my family was there. I didn’t have a lot of people dead and gone as far as what I’m missing out of my life right now. I was at ease a lot back then. Now, it’s a lot more different but I make the best of it really well.

HipHopDX: Drake has his own Houston Appreciation Weekend, which I feel like is inspired by Trae Day. Are you happy other artists are spotlighting your city?

Trae Tha Truth: It’s always good when seeds are planted and others are taking it and elevating it as well. I don’t think nobody can be mad at somebody, moving at a direction that you move and try to do something better [for] the city, the community, and those in need. I commend a lot of artists across [the nation]. Not just Drake. You got Chance The Rapper doing it. T.I. been doing it. They go out and [do] what they feel is right within the community.