Elzhi Is Already Finishing Up His Next Album 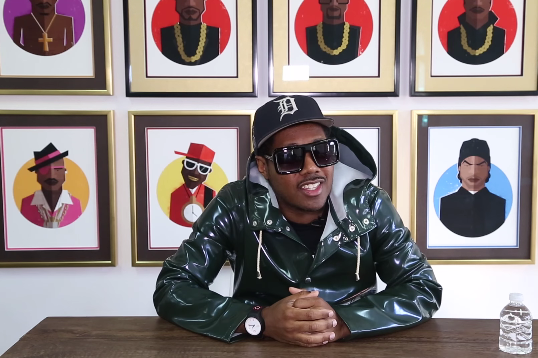 Fans rejoiced and personal vendettas were squashed when Elzhi returned last month with his new album, Lead Poison. This publication gave the LP a rock-solid 4.0 rating and lauded the Detroit native for returning with a body of work that translated his past of yesteryear into emotionally charged music.

Fans can get excited once more now that Zhi has upgraded his arsenal for today’s standards and is “playing the game,” also known as the music quantity rat race.

“When it comes to the way things are moving, it’s not like back in the day,” he explained. “I’m realizing that the streaming age…it’s just a certain way you have to play the game but as far as writing and all that, I’ma stick to what I do and just transform in my own way and own lane. But as far as the game, I’m working on something new right now; trying to hit somebody off with it.

“I was just kicking it with my man Royce Da 5’9, one of the illest in The D,” he revealed. “We was just in the studio chopping it up; that’s my peoples.”

“Anything’s possible,” he said with a smile when asked on the potential of a collaboration record or more.