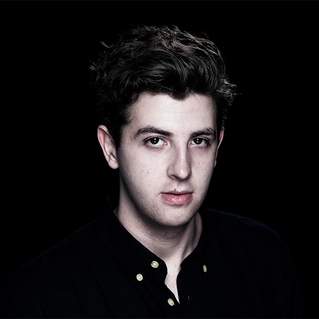 Jamie Smith is a busy man. Between a sold out show at Terminal 5, a DJ set for Boiler Room TV, and the opening of a Good Times Store in New York City, no time is wasted by the 26 year old producer and member of The XX. After all, this trip to New York City is the first time he comes face to face with Young Thug. Yup, the controversial Atlanta rapper who helped craft the tour de force that is “I Know There’s Gonna Be (Good Times):” the de facto song of the summer. And while Jamie xx may not be considered traditionally Hip Hop, his contributions to the genre are certainly not without noting. In addition to “Good Times”, XX also produced the title track of Drake’s Take Care, a rework of “I’ll Take Care of You” from his 2011 Gil Scot-Heron collaboration album We’re New Here. In this exclusive interview with HipHopDX, Jamie xx dishes on the development of “Good Times” and his Hip Hop influences.

HipHopDX: I saw you at Terminal 5 and Boiler Room this past week, those were both really good sets. I’ve been reading some stuff about your process for recording In Colour and how a lot of the record was in development for the past couple years and you got it all together for this. I want to ask about one song particular: “I Know There’s Gonna be (Good Times).” How long ago did you start that song?

Jamie xx: About two years ago.

DX: Awesome. And, can you walk me through the whole process of creating that song, kinda like some of the changes that came along the way while you were making it?

Jamie xx: I was in Detroit on tour and I went to a record store called Coupon’s Records and I found The Persuasions record which I sampled for the song and then the next stop was New York.  I started making this beat using the sample and I didn’t come back to the beat until I went back to New York, because I wanted to get the same vibes. I was living there for a couple of months and I was listening to a lot of Hot 97. So, I finished it there and then I sent it down to ask a bunch of people to do versions of it. Thug and Popcaan were two people that I asked.

DX: Yeah, so I read about how like there’s a version with Wiley, and I thought it was awesome hearing the version with Wiki at Terminal 5. And we have the Dre Skull remix and even the Skepta remix that came out. You also said you wanted A$AP [Rocky] on it, which I think would sound amazing too. Are there any other incarnations of the song that we might hear?

Jamie xx: There are. I don’t know….I’m not willing to post those at the moment but it’s all good fun.

DX: Alright, and I know a lot of publications and Spotify, have called it the “Song of the Summer,” which I would say is pretty fitting. First of all, what do you think about getting that label and second, when you were creating it, is that what you were setting out to do at all?

Jamie xx: It wasn’t what I was setting out to do, but I could feel the vibe when I was making it and it’s really nice for people to say that. I love the idea of people getting down in the sun to the track. It’s great.

DX: Yeah, I think that’s an awesome label. I could definitely see why people would say that. Cause, it has the best of your sensibilities and really makes people want to dance, along with what Young Thug and Popcaan bring to it. It’s really amazing, and it kinda makes it like a universal record….It sounds like a good time. And seeing that it’s such a well received song, would you ever consider putting out a full release, kind of like what you did with “We’re New Here,” that was just a collaboration with you and other rappers, or perhaps you and one rapper?

Jamie xx: Maybe. I mean, it’s always fun doing that. I like making things of that tempo, specifically for that reason. But that would probably happen a while in the future if it was going to happen.

DX: Yeah, I think that’d be great, and there’s certainly an audience for that. You said you were listening to Hot 97 in New York and that influenced the sound of the record, correct?

DX: Were there any songs in particular that made you say, “I wanna make something that sounds like that?”

Jamie xx: Well, I heard Young Thug on the radio a lot at that point. It was…God, I can’t remember the name of the track. But, there were a couple of tracks that were on the radio by Thug that were constantly being played on Hot 97, I remember that.

DX: Yeah, and I know at Boiler Room, that was the first time you guys performed it live together, right?

DX: So was that your first time meeting Young Thug? Because I know you put it together over the internet. Or had you met him before?

Jamie xx: It was the first time, talking and meeting each other, yeah.

Jamie xx: He’s very very nice. He’s just a chill dude. And I think he’s gonna give me a call this week or something, it’d be nice to go back to the studio. I don’t know, but we’re both pretty busy people.

DX: You talk a lot in your interviews about Plastic People and the places you go in London that really influenced In Colour. And I think it’s awesome to be able to feel that while you’re listening to it. And I thought it was interesting just because in Hip Hop in New York and even just the states in general, I feel like there isn’t really that same kind of palpable culture, or there hasn’t really been in a while, that I at least personally feel. So it’s amazing seeing how that influenced you. Can you speak to me a little about how the London dance culture influenced In Colour?

Jamie xx: Well I guess it’s just growing up here and going to raves is quite a big part of English culture in that way. Especially if you’re young kids and like a teenager, so it really influenced me early on. And the music I was listening to when I was 18-24 or whatever was largely by British electronic music producers, but now my taste is a lot broader and looking  less at a particular scene in the UK that grabbed me. But it’s nice to be able to travel all over the world and discover music from everywhere now.

DX: Awesome. And kind of on the same note about culture and music in London, it seems lately, especially with Skepta palling around with Kanye and Drake, that Grime is migrating to America and the mainstream. So could you speak at all about [grime] influenced your sound at all?

Jamie xx: It’s just another subculture of London, and it was probably the last solid movement that happened that was actually underground and started without the help of the internet. It was about crews going to different clubs and representing…it wasn’t about like…people come to my club like…. And it was really raw, it was almost like punk. And I think that Skepta still captures that and it’s fun to see him bringing that side of it to America and seeing kids like wiling out over that sort of stuff.

DX: Also, one of the records in your earlier career that kind of put you on a lot of people’s radar, especially in Hip Hop, was Drake’s Take Care. Have you worked with him at all lately? Have you contributed to his new album?

Jamie xx: No, I’ve been extremely busy. I wanted to hang out with 40, his producer, but it didn’t happen. I was too busy. I hope to do it soon.

DX: I know another artist I read that you said you wanted to collaborate with in the past was Kendrick Lamar. Has anything come of that?

Jamie xx: No, again I’ve been too busy. But, I love his new album.

DX: Right. It’s amazing. Another thing I noticed during your sets is that you spin on vinyl, which is really cool. Especially because in Hip Hop a lot of older producers pride themselves on the whole “digging in the crates” movement, which I feel has been lost on a lot of younger producers just because they could go straight to the internet for samples. Were there any Hip Hop records that influenced In Colour?

Jamie xx: I’ve been listening to Hip Hop since I was a little kid, skating and watching skate videos. A lot of instrumental Hip Hop as well. I guess like, Dr.Dre, and those records from like DJ Shadow.

DX: I thought it was awesome that you played “Intro/A Million and One Questions” at Boiler Room. Was there any particular reason you choose to play that record?

DX: Yeah, it really felt like a New York moment when you played that song, which going back to what I was saying about culture, I feel like it’s rare in music and popular culture to actually have a palpable culture and have a feeling come across in the music, and I think you really succeed in doing that, which is awesome.

DX: And to wrap up, what’s next for Jamie xx?

Jamie xx: I’m currently working on the next xx record. I just came out to the studio today, it’s going well.