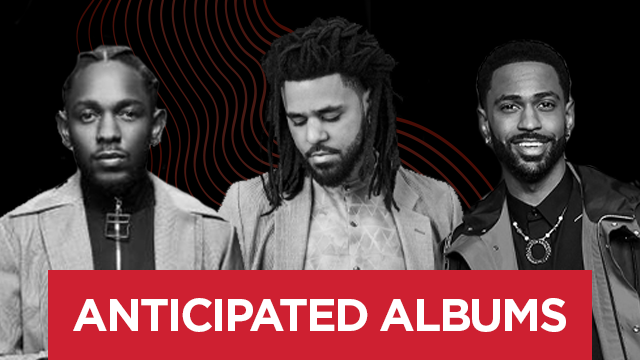 Let’s face it. 2019 was arguably one of the worst years Hip Hop has had in a long time. There were diamonds in the rough, but mostly, the year was defined by disappointing releases from big names like Chance the Rapper and Kanye West.

Never fear, 2020 is here, and with it a slew of promising releases from the mainstream to the hardcore. Grab your iPhones and open your calendar apps to mark down the 20 Most Anticipated Hip Hop Albums of 2020.

Sean Don’s fifth studio LP should drop this year and reportedly has a thematic premise around social media. It’s set to feature the likes of Post Malone on a family-centered cut called “Wolves,” as well as Diddy, A$AP Rocky, Meek Mill and more. Sean has released three singles from the project: “Overtime,” “Berzerk,” and “Single Again.” The album was thought to be called Don Life, but Sean refuted this to iHeartRadio. He also said the album will be his best “by far.”

Tierra Whack is nothing less than impressive. Her debut album, Whack World, stuck to the highly-challenging concept of each song being exactly one minute. The 15-minute album was critically acclaimed and built buzz for the Philly rapper. She kept the momentum going with a series of singles dubbed “Whack History Month” starting in February 2019. She told NPR that same month that she wasn’t thinking about a timeframe for her next project. No one can blame her for marching to the beat of her own drum, as her approach is the reason for her success.

Lil Baby told Hiphop-N-More in October that his second studio album would be released before 2020. While that didn’t happen, it’s likely the project will see the light of day this year. He’s had a prolific few years in which he released his debut album, Harder Than Ever, a mixtape, Street Gossip, and the Gunna collaboration Drip Harder. He dropped “Out the Mud” featuring Future last year, which could end up on his sophomore effort.

Vince Staples is never boring. He began The Vince Staples Show in August, accompanied by the single “So What.” He also signed to Motown Records that same month, making the jump from Def Jam. All of this is in an indication that new music is looming from the FM! MC. Staples is nearly as engaging off the mic as he is on it, but that doesn’t satiate the itch fans have for new tunes from Staples. When he does drop, expect more unfiltered thoughts from the Long Beach rapper.

It’s unclear when ADHD will actually see the light of day. In July, Lucas said in a Facebook post that his sophomore album would be released “in another 5 years.” Lucas has released six singles from the album, including “Isis,” which features Logic and reached No. 59 on the Billboard Hot 100 chart. Joyner Lucas already has the attention of Eminem. His next album is sure to catch the ears of many more in the culture.

Lecrae has been on the move. Since releasing Let The Trap Say Amen with Zaytoven in 2018, Crae ventured to Israel for a spiritual journey and waded into the Jordan River to be baptized. His enlightenment will likely surface on his next album, which should appear near the top of the year. “God has done some restorative work in my life over the last few years and I’ve gone through a lot of turmoil and pain,” Lecrae told The Christian Broadcasting Network. “A lot of that will be shown and people will see that some relationships have been restored, some perspective has been restored and my faith has been restored.”

These days, artists are finding new and exciting ways to package their music. Cudi will release the follow-up to Passion, Pain, and Demon Slayin’ with a twist. He announced in July he’s combining Entergalactic with an animated Netflix series of the same name. The series is executive produced by Kenya Barris, the creator of Black-ish. The album itself reportedly will feature Ty Dolla $ign and Gucci Mane. Cudi was sharp and focused on the 2018 Kanye West collaboration Kids See Ghosts, so expect him to be firing on all cylinders on his latest LP.

A Boogie Wit Da Hoodie is apparently in need of a break. He said in November that he will be taking time off from music in the near future. However, before that happens he has business to attend to. That includes dropping his third album, Artist 2.0, and its subsequent tour. He said on Instagram he has more than 20 songs for the project, so fans will have plenty of music on which to marinate while he’s away.

What a ride it has been for the Philly rapper. In 2018, Lil Uzi Vert said his sophomore album would be coming “very soon,” only to announce his abrupt retirement months later. After being embroiled in label drama last year, Uzi finally released the lead single to the album in December. “Futsal Shuffle 2020” has an accompanying dance and he tweeted it will “takeover 2020.” Get your Jay on, Uzi.

Killer Mike and El-P apparently decided that three wasn’t the magic number. In November, El-P announced that they’ll be back for a fourth go-round “earlyish” in 2020. He tweeted that the project is 11 tracks in length and less than 40 minutes long. Expect more vicious rhymes over hard-bodied beats. It’s what they do.

It’s been nearly four years since Ab-Soul dropped his critically-acclaimed LP, Do What Thou Wilt. Since then, he’s watched his TDE cohorts enjoy massive success. It will be his turn to step into the spotlight again in 2020, as he announced during a freestyle at last year’s Day N Vegas Festival that he was releasing his next project in the coming year. “New album 2020,” he said. “We takin’ everything.”

The man who once released music at a dizzying pace is certainly taking his time with his 13th studio album. Funeral was initially announced in 2016, but Wayne didn’t announce that the album was complete until August. He followed that up in December by stating on Instagram that Funeral will be released in February. The album may feature a cut called “I Do It” featuring Lil Baby. But, with Weezy, you never really know what to expect.

A long time ago, when DMX was topping the charts and Diddy threw the world into the shiny suit era, two young MCs named Dante Smith and Talib Kweli Greene joined forces to craft a classic album that married hardcore beats with intellectual musings. Rumors flew for years about a follow up to Mos Def and Talib Kweli are Black Star, culminating in Yasiin Bey’s announcement of a sequel in February 2018. Despite Kweli’s assertion that this was news to him, Madlib, who produced the project, said in November that the album is in the mixing stages. With Madlib behind the boards, it’s fair to expect sonic brilliance to back what could be more conscious lyricism from Kweli and the artist formerly known as Mos Def. One thing is for sure, this is an album you won’t want to miss. It only happens twice inna lifetime.

Drizzy seems to be vying for the title of “the hardest working man in Hip Hop.” Even when he’s not releasing an album, he’s releasing an album, as evidenced by the compilation of loosies entitled Care Package released in August 2019. In June, Drake dropped a series of photos captioned “Album mode.” Granted, the pictures show Drake relaxing and hanging with his crew rather than putting in work in the studio, but who are we to question the creative methods of an artist who has gone Platinum every time out? 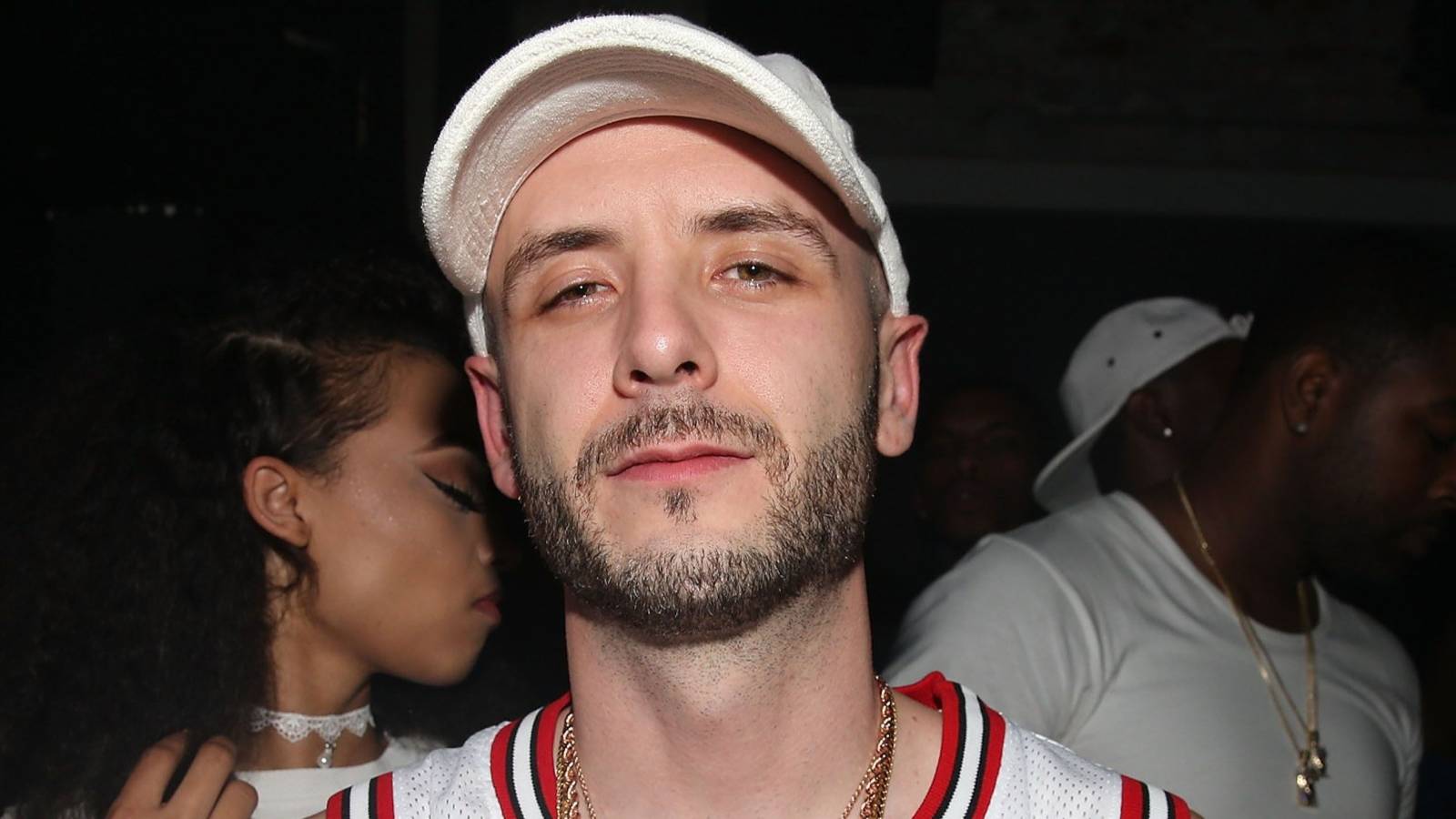 As if Madlib hasn’t been busy enough with Freddie Gibbs and Black Star, he’s also teamed up with Westside Gunn for a collaboration album set to hit streaming services this year. The two previously collaborated on “Gunnlib and “Ferragamo Funeral” off Westside’s Flygod Is An Awesome God. Westside tweeted in September that 2020 would be his last year rapping. Whether or not that’s true, with Madlib’s track record for collaborations, it looks like Griselda’s winning streak will continue well into the new year.

Griselda is ice cold. Having just released the gully WWCD, the trio is arguably the most exciting thing in Hip Hop. Conway will look to keep the momentum going with his Shady Records debut, God Don’t Make Mistakes. He told HipHopDX in October that the album is a change from his previous projects. He also said it will consist of different concepts on every song, contain surprise features, and have production primarily from Daringer and Beat Butcha. As he put it, “This album is the growth and maturity of Conway the artist and the person.”

In an era of niche talents, Donald Glover is a true renaissance man. His last album, 2016’s Awaken, My Love!, was a critical darling, while his mold-breaking television show, Atlanta, was recently renewed for a fourth season. And while the live-action version of The Lion King wasn’t met with fanfare, no one is blaming Glover for that. So, it’s easy to see why Childish Gambino has gone three years without dropping an album, which he claimed in 2018 will be his last. Little is known about the album, but expect it to be as creative and brilliant as the man himself.

Don’t expect Cardi B to conform on her next album. She told Billboard in November that she “cannot just go with what’s hot.” She also said her sophomore album, which is the follow-up to her Grammy-winning Invasion of Privacy, has been on her mind “24/7.” She also told Billboard in October that she was going to name the album Tiger Woods. She released a single, “Press,” in 2019. Many rappers have come out of the gate strong, only to stumble on their second effort, so it will be interesting to see if Cardi can keep her hot streak going and avoid the sophomore slump.

Two things are likely from this next J. Cole album: 1. It will go Platinum. 2. It will have no features. Anything else is up for grabs, as Cole’s content comes as diverse as Disney World’s Epcot Center. Jermaine announced at a November concert that his sixth studio album, The Fall Off, is on its way. He has been in the process of creating the album since at least April 2018, when he tweeted that he was working on the project. The album is the follow-up to HipHopDX’s 2018 Album of the Year KOD, which features the cut “1985 (Intro to “The Fall Off”).”

The last we heard from Kung Fu Kenny on the solo tip, he was pontificating about his pops, “Top Dawg,” and a chicken joint on “Duckworth” off DAMN. Nearly three years later, just a whisper of the name “Kendrick” still is enough to get rap fans buzzing. He’s got a slate of festivals across the pond this summer, which could mean he has new music cooked up. Not unlike another artist whose name starts with a “K,” Mr. Lamar essentially reinvents himself on every album. So, it will be exciting to hear what he has in store if he does drop in 2020.