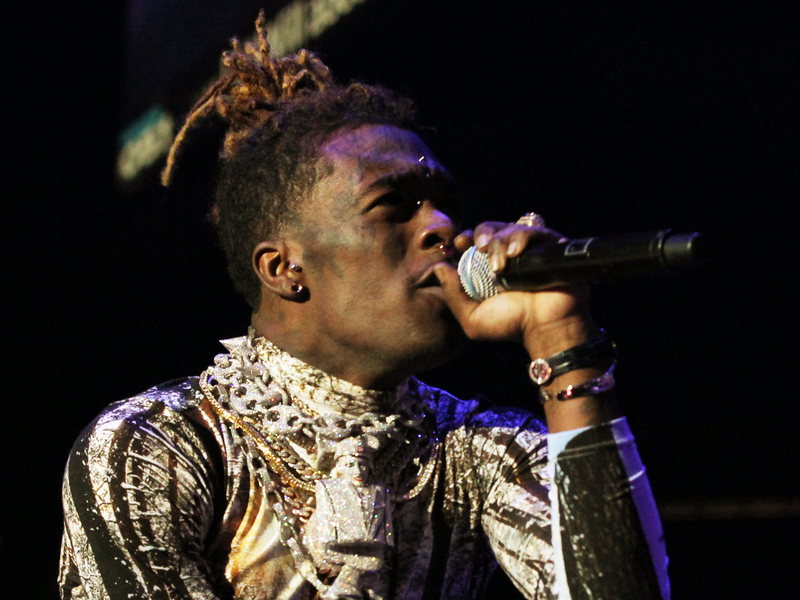 DJ Drama says he’s not the one preventing Lil Uzi Vert’s Eternal Atake album from being released. The veteran DJ, who signed Uzi to his Generation Now imprint with Don Cannon, claims their artist is free to drop the LP whenever he’d like.

“Uzi should put EA out tomorrow or any day he wants,” Drama commented on Instagram. “He has me & Cannon’s total support and blessings to drop it!”

Earlier this year, Uzi announced he was quitting music. The decision was prompted by frustration with his label, which he’s publicly complained about on multiple occasions.

In January, he opened up about the situation in an Instagram video.

“You think I don’t wanna drop music?” he said. “You just gotta understand when people don’t love you, they’ll hold your life if you sign a muthafuckin’ … Hold that shit against you.”

“And that go for the streets too. You ain’t supposed to sign no muthfuckin’ paper in the streets because that’s rattin. How the fuck I even sign this shit as a deal. Muthafucka set myself up. What other way I was suppose to let this shit go? Shit, it be all good at first just like them muthafuckin’ rats. Mutahfucka be right out of jail.”

Don cannon real as fuck …. fuck the rest of them niggas ?

The multi-platinum selling artist is part of Atlantic Records through Generation Now, but many of his fans have put the blame squarely on Drama and Cannon. Nav, a collaborator of Uzi, recently added fuel to the flames of that narrative when he said Drama and Cannon prevented Uzi from appearing on his recently released Bad Habits album.

“I know yall wanted habits on the album,” he wrote on Instagram. “I had an open verse for the longest and Uzi blessed us with one. Unfortunately dj drama and don cannon wont clear his verse legally. I use to be big fans of them since gangsta grillz mixtapes and always thought they support new artist. I guess its all about the $$$$ for them now! Its crazy but its true.”

Crazy but its true #FreeUzi

Drama responded to Nav’s accusation by saying it had nothing to do with money.

“We’ve cleared 4 Nav records,” he said in a statement to Genius. “And it’s not about the money because we turned down $100K.”