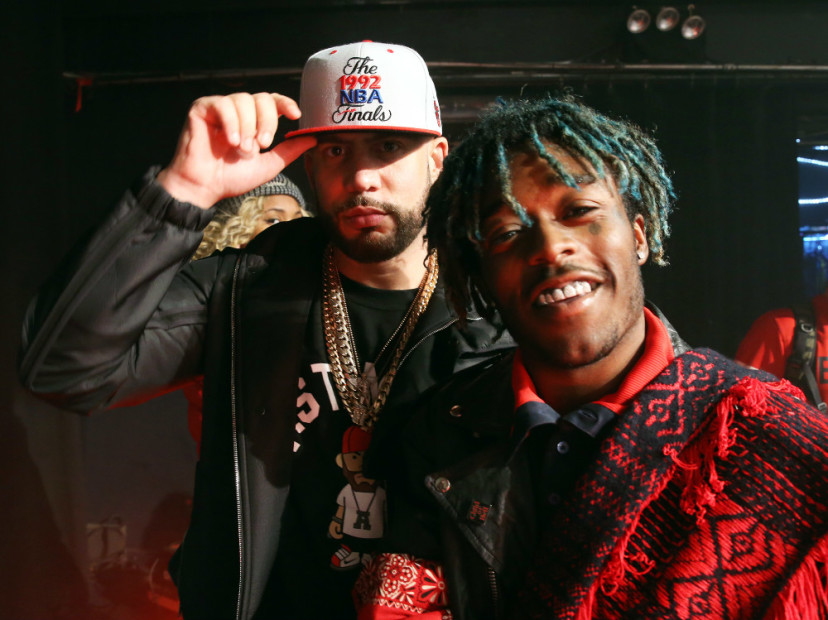 A week after Wiz Khalifa shared the news that he’d signed Lil Uzi Vert to Taylor Gang, DJ Drama said “not so fast” as he shot down the reports. Drama said on Twitter today (December 30) that Lil Uzi is still signed to his Generation Now label, regardless of any announcements saying otherwise.

Due to any confusion or contrary belief, Lil Uzi Vert is only "Signed" to Generation Now, LLC !

Respectfully, we have alotta of love for Taylor Gang and Wiz, but Lil Uzi Vert is signed to Generation Now. Here is your answer.

Wiz claimed that the “Money Longer” rapper was part of T.G.O.D. at a concert in his hometown earlier this month and then later confirmed the signing on Twitter.

Generation Now made the news of Uzi’s signing public a year ago and the label re-released his Luv is Rage project for digital retail upon the announcement.

Both Generation Now and Taylor Gang are under the umbrella of Atlantic Records.

(This article was first published December 23, 2016 and is as follows.)

During a recent concert in his hometown of Philadelphia, Lil Uzi Vert brought out fellow Pennsylvania native Wiz Khalifa to perform their collaboration hit, “Pull Up.”

However, the concert made headlines after Wiz announced that Uzi was the newest member to sign to his Taylor Gang label.

“Taylor Gang, we got Lil Uzi Vert now, welcome to the motherfuckin gang, nigga,” Wiz said to a roaring crowd. “Thank you for bringing me out to Philly. Thank you for being the most influential young nigga.”

The announcement was caught by some fans in attendance and Wiz later took to Twitter to confirm the news in a string of posts.