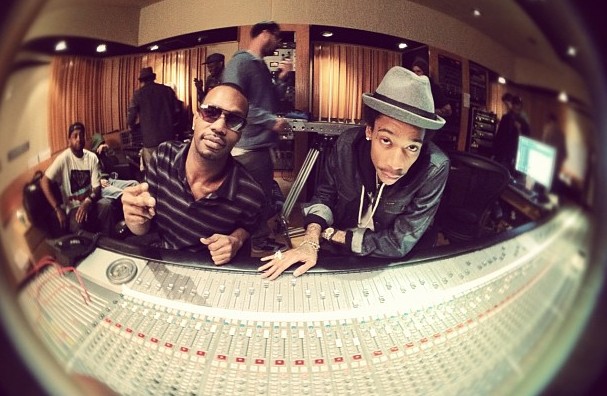 Artists are no stranger to lawsuits. Some are getting sued left and right, while others are out doing the suing. When it comes to Wiz Khalifa, both cases can apply. Earlier this year, Wiz Khalifa filed a lawsuit against his former manager, Benjy Grinberg, and his record label, Rostrum Records. Months later, Wiz Khalifa, along with Snoop Dogg, were sued by fans after a railing collapsed at the duo’s New Jersey stop of The High Road Tour at BB&T Pavilion.

Late last fall, there was another lawsuit filed against the TGOD rapper, that has seemingly been swept under the rug.

A New York City musician by the name of Yury Merman claims Wiz Khalifa owes him money. Apparently, Wiz sampled Yury’s song on his track “iSay” without permission. This track featuring Juicy J is the last song on the KHALIFA album released back in February.

HipHopDX was able to speak with Merman and his lawyer, Richard A. Roth. In the process, we were provided with a copy of the complaint that was issued.

The facts state, “Yury is a producer and artist of a select catalog of music compositions and owner of various copyrights and other intellectual property rights in music, musical works and productions.” To summarize, he’s not a rookie artist.

At the end of September 2011, Yury says he purchased the original French song from the Apple Store. In his first attempt, he thought the song would be a perfect sample for a new track on his then upcoming album, titled Self-Improvement. After fiddling with it some more, Yury created a whole new and unique melodic progression with the original French song.

Yury titled the new song “La Plafond” (the “Song”) and continued to work on its percussive elements, but was unsatisfied with the outcome. In November of that same year, he decides to bring the track to ID Labs to fine tune and perfect the record.

This is when Yury linked with Big Jerm, audio engineer, and longstanding member of ID Labs. Jerm helped edit the percussive elements of the “Song” and was paid $50 per hour for his audio engineering services. During the process, the track was saved onto Jerm’s computer. After the song was finalized, it appeared on the Self-Improvement album, which was released by Yury on April 16, 2012.

Wiz Khalifa is a frequent visitor of ID Labs. The complaint states, “Upon information and belief, on at least one occasion, Wiz Khalifa visited ID Labs whereby the Song was wrongfully solicited by ID Labs, Big Jerm, and E Dan. Yury was not informed of this use of the “Song,” and did not give Big Jerm, E Dan, and ID Labs permission to solicit his intellectual property.”

Unbeknownst to Yury, Wiz Khalifa purchased the record from Big Jerm, E Dan, and ID Labs, which eventually turned into “iSay,” which was released on February 5, 2016, He claims the sample was falsely credited and used without permission, as he was given no production credits for the track.

On October 16, 2015, Yury says he reached out to Big Jerm to assert his copyright rights. As evidenced in the alleged text conversation above, Jerm admits Yury had rights to the song. More than a year has passed and Yury says he yet receive any sort of payment. Numerous requests (five documented in total) have been made, but according to court records, the defendants refuse to comply.

HipHopDX inquired about any photos from the session. Yury responded, “I was not there for the session. ID Labs either sent the instrumental over to Wiz Khalifa or played it for him when he was in the studio, which they possessed because I recorded my song ‘La Plafond’ at ID Labs studios.

“I had no knowledge of any of this going on, as they did it behind my back,” he says.

Requests to both Taylor Gang Entertainment and Atlantic Records for comment proved to be unsuccessful. Yury is seeking unspecified damages in the case.