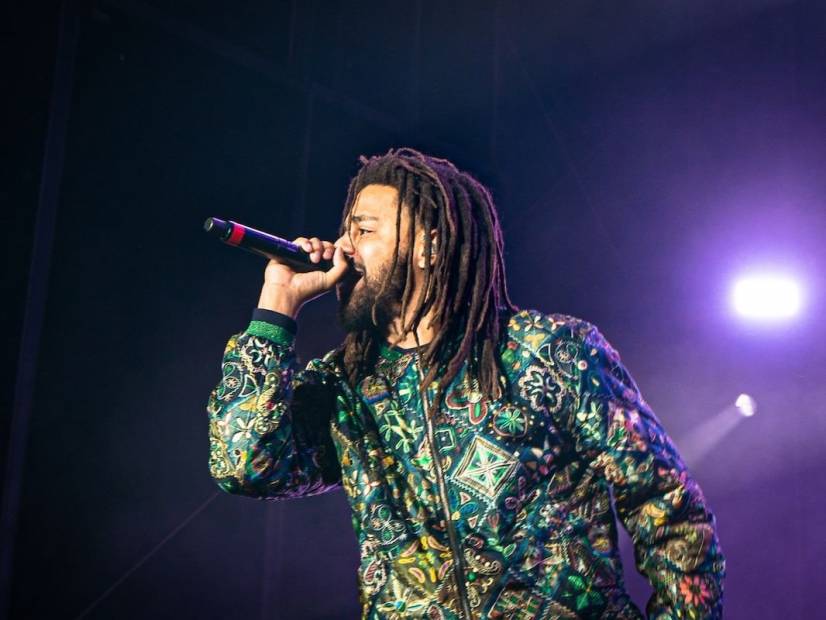 Did J. Cole Just Announce "The Fall Off" Album Is On Its Way?

During Cole’s Friday night (November 1) set, he alluded his next album, The Fall Off, would drop next year. As the music came to a close, a promotional video set up like a presidential campaign ad appeared on a giant screen behind Cole, prompting people to “vote” for Cole in 2020.

“A man whose humility knows no bounds,” the narrator says over clips of Cole and corresponding visuals. “A man whose pen is so potent, each word of his verses reportedly cost $2,000. We need someone with big ideas and bold solutions. An expert in diplomacy. A candidate that can heal the inter-generational war.

Cole noted he was working on The Fall Off in April 2018, shortly after the release of KOD.

“Was working on the fall off,” he tweeted at the time. “And helping kiLL edward with his album. @killhisways but he don’t tweet a lot.”

Although he recently contributed vocals to the Gang Starr single “Family & Loyalty,” Cole announced he was done with features in late September, a sign he might be putting his focus on the upcoming album.