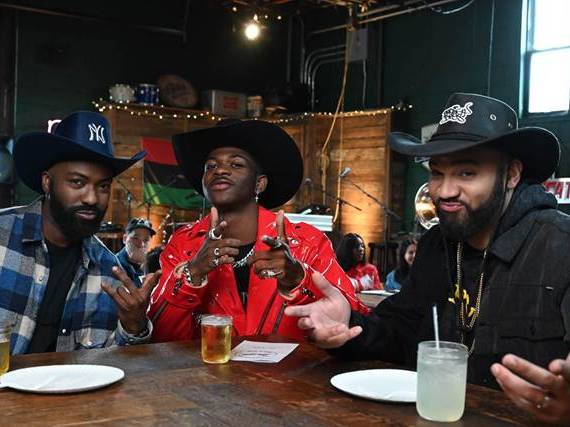 5 Reasons Why Desus & Mero's Showtime Switch Is A Hit

Desus Nice and The Kid Mero’s brand has only gotten stronger since making their controversial exit from Viceland to premium cable network Showtime in 2018.

They later launched the Bodega Boys podcast in 2015 and the following year, Viceland offered their platform as an opportunity to morph Desus & Mero into a late-night talk show. After spending two years of being overworked by Viceland, the Bronx natives inked a more favorable deal with Showtime.

But the split was hardly amicable. Viceland pulled the show off the air two months before their contracts we set to expire. In an interview with Bossip, Desus said Vice pulled the show early because they were “in their feelings.”

Vice’s CEO Nancy Dubuc expressed doubt that Desus and Mero would do well at Showtime.

“They’re going to a platform that their audience doesn’t pay for,” Dubuc told Elle Magazine. “I told them, ‘You can always come back.'”

However, it appears the show is doing just fine. Desus & Mero‘s debut episode garnered over one million views — 40 percent higher than the views acquired while on Viceland — so it seems the Bodega Hive is subscribed and loving it.

Here are five reasons why Desus and Mero’s move to Showtime is a hit.

Everything about the zany duo is 100 percent New York and that’s exactly what you get when you watch their interviews. It’s like watching two of your homeboys from the Bronx chop it up with prominent public figures in real life without and doing the most. Such as calling rising “Old Town Road” country-trap star Lil Nas X the King of Country while trolling through a series of country-or-nah topics; taking Anna Kendrick to buy her first pair of Timberlands; or hitting up a Bronx strip club.

Desus & Mero‘s debut Showtime episode made a splash with its parody of Academy Award-winning film Green Book, for The Greenest Book. They also took the time to poke fun at Tekashi 6ix9ine‘s imprisonment with a skit imitating what his post-prison life leading him to work in a call center. Another major upgrade from the Viceland days is the grand set design. It’s less intimate than their old set, but it represents their financial glow up nonetheless.

John Legend Created A Ballad About Eating The Booty Like Groceries

It’s not often that you get a highly decorated star such as John Legend in a recording session to create music. Leave it up to Desus and Mero however to take things up a notch with the delivery of an unforgettable salad-tossing ballad, “Chocolate Galaxy” sung and co-written by the youngest, living EGOT achievers. There are many iconic moments just like this one sprinkled throughout the season.

Got your #DESUSandMERO MetroCard yet?

It’s The Best Late Night Show For This Generation

Desus & Mero is a late-night talk show hosted by two people of color who properly represent the dichotomy of what a chunk of America demographically looks like. Desus, born to Jamaican immigrants and Mero, born to Dominican immigrants, and being raised in America allows them to tap into a well that the other late-night hosts cannot, as the space is mainly dominated by older white men, sans Trevor Noah, who is from South Africa and culturally different from black American culture.

They are able to speak the language of a generation drowning in student loan debt while trying to survive in Trump’s extremely racist America and provide comic relief until the turbulence is over. That’s why Desus and Mero win at the late-night talk show shift.