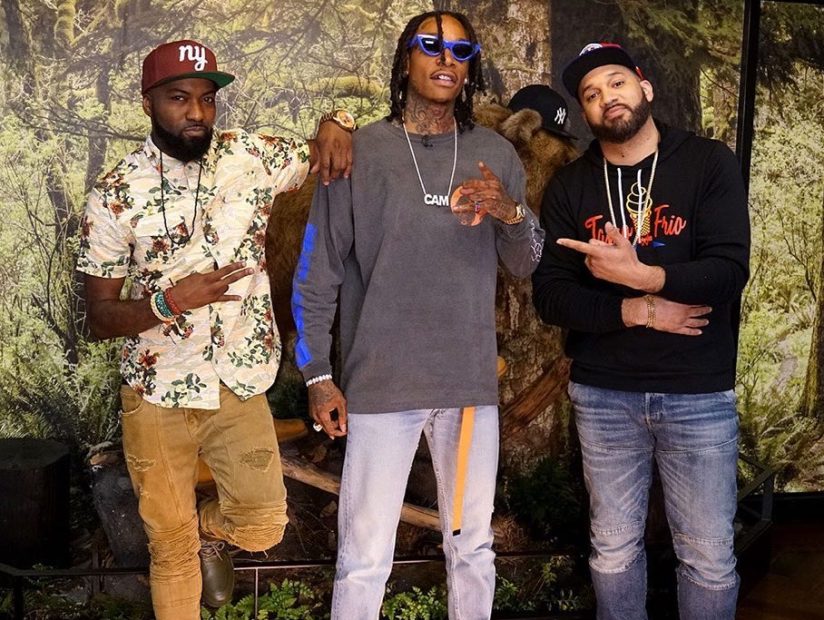 Desus Nice and The Kid Mero announced they were bringing their comedic talents over to Showtime after departing from Viceland this summer and now, the late-night talk show officially has a premiere date of February 21.

The Bronx-bred duo divulged the news with a clip to Twitter today (November 30), showing off their infectious and hilarious personalities. The show will run weekly on Thursday nights at 11 PM ET/PT.

The wait is over! YA BOYS ARE BACK! – #DesusandMero is coming to @Showtime on Feb 21 at 11pm! pic.twitter.com/vRofhGmn2H

This will be Showtime‘s first-ever, late-night talker.

“We have waited a long time to enter the talk-show space, and we were only going to do it if we felt like we had the next big thing,” Showtime Networks president and CEO David Nevins says in a statement to The Hollywood Reporter. “Desus and Mero feel like exactly that: They have knockout comedic voices, they’re brilliant interviewers and they always have a unique take on culture, both high and low. They have a loyal and devoted fan base that will only multiply, and we can’t wait to see them take it to the next level on Showtime.”

The popularity of Desus and Mero’s Bodega Boys podcast, which began in 2013, as well as their web series Desus vs. Mero, eventually transformed into an opportunity for their own show with Viceland. After spending two years with the network, the pair ultimately chose to part ways and in June, announced their partnership with Showtime to carry-on the show.

Capo status! @jimjonescapo is in the building tonight on @desusandmero on @viceland

After the Showtime announcement, Viceland snatched their show off air two months ahead of their contracts expiring. In an interview with Bossip, Desus claims Vice was “in their feelings” and also revealed they were being overworked and underappreciated.

“Viceland wanted 160 episodes a year,” Desus told Bossip. “We have no writers, it’s literally me and Mero talking to one another every day. If you want us to do this for 160 episodes, pay us 160 million dollars—otherwise, we would have killed each other.”

With Showtime as their new home, the Bodega Boys are now able to continue delivering the funny laughs as they make commentary on all things pop culture, sports, music and politics.

“We’re honored and excited to be joining the Showtime family. The brand is stronger than ever and we look forward to continuing to make amazing, authentic television that will make your wiggington explode,” says in Desus in the aforementioned statement.

“I’m excited to be joining a network with such a strong foundation and track record of producing fuegooooo and to break new ground with a late-night comedy show!” Mero adds.