PSA: Rappers Need To Be Mindful Of The Drama They Attract At Times 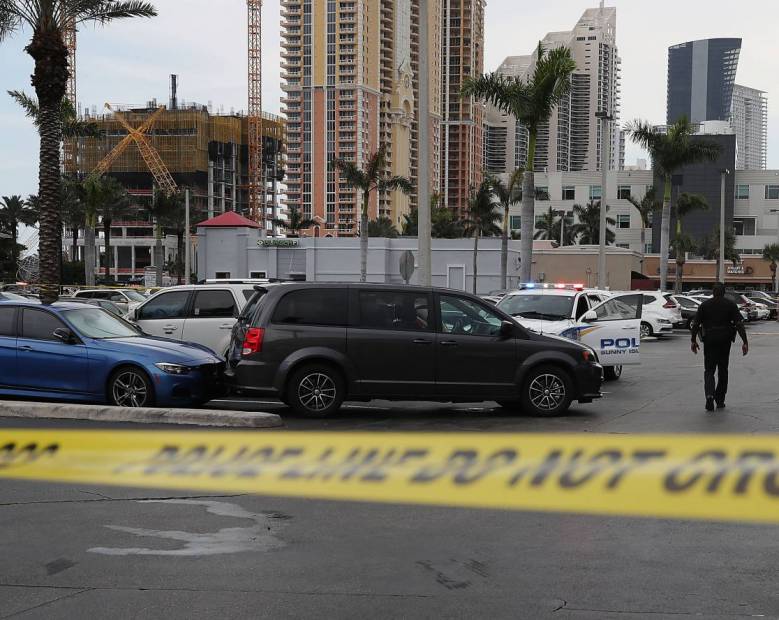 Around the world and in Los Angeles especially, the death of Nipsey Hussle continues to cast a dark cloud over Hip Hop and communities in general.

And while the West Coast has called for peace in honor of the late legend, it might be time for the South and other regions to preemptively do the same before we as a culture are forced to mourn another life cut short.

Blood and bullets have inundated the Hip Hop headlines on a week that should be filled with highlight clips from the Rolling Loud Festival.

On May 9: A recording studio occupied by Offset was shot up hitting the building’s exterior as well as multiple vehicles.

On May 10: A party bus with Young Thug’s own DJ Keyz’s was shot at on Miami’s I-95. The incident left three people injured.

On May 11: Chicago rapper AAB Hellabandz was shot and killed outside Cameo Nightclub. Police say the 24-year-old had an active warrant for attempted murder but did not say if the attack was related.

On May 12: NBA Youngboy and his crew were shot at and returned fire across from the Trump Beachside Resort near Miami on the eve of NBA’s scheduled performance at Rolling Loud. An innocent bystander was killed, the rapper’s girlfriend was wounded and a five-year-old was grazed by a bullet.

On May 15: In his own hometown state of Tennessee, Yo Gotti’s tour bus was shot multiple times.

First and foremost, take away the music aspect of it. People are losing their lives. People who have beaten the odds to create their own wealth and show others that came from similar circumstances what is possible. Innocent bystanders are being injured or in the case of the NBA YoungBoy shooting, killed. We as a community have fought decades-long uphill battles to show the world that rich and artistic culture should continue to exist.

If the above sounds corny or overdramatic to you, then let’s look at it from a more businesslike perspective. After all, even if it’s a way of life for some, it’s still a business.

One of the most overused phrases in Hip Hop parlance has been “for the culture,” but in this case, it MUST be said. At its core, the culture of Hip Hop – and any sub-genres fans may not consider “real Hip Hop” – is one that has allowed people to come from nothing and flourish, with or without corporate backing. A big part of that ever-expanding prosperity comes from live shows. From 100-person capacity clubs to stadiums and festivals, live shows allow artists to engage with their fans, track their growth, sell merch, gain free publicity and, in the case of festivals, make new fans that caught your show on accident.

Of course, the most important aspect of these shows is the money. With streaming services reducing an already minuscule royalty rate and label deals structured more like loans than income, live shows are where most artists (even those in 360 deals) make a good living. MC Hammer hasn’t put out a relevant album in over two decades, yet he played to more than 10,000 people a night in arenas just last year.

When violence happens to one Hip Hop artist, it can affect the genre as a whole. Here’s why.

When booking a show, promoters have to consider liability, security and insurance. If an artist’s show is likely to result in violence either inside the venue or just outside venue grounds, the promoter and the venue (in some cases the two are the same) faces the possibility of lawsuits or criminal charges. They could beef up security, which cuts down the artist’s bottom line, or they could just avoid booking the show altogether.

If they do decide to book the show, then comes insurance. That’s a whole different challenge because if an artist has a track record of incidents at their show, not showing up to gigs or causing damage to venues the insurance goes way up which makes it a tougher sell for the promoter.

Adding to that is a component that I’ve seen firsthand: Stereotypes. For many promoters, a genre is as good as its worst headline. I’m not necessarily inferring this is motivated by race. In my conversations, many promoters saw the same challenges in booking heavy metal as they did Hip Hop.

For the record, this editorial is not designed to blame the aforementioned artists for being targets. This is aimed at everybody involved in the culture. We all need to do better — from media members like myself to managers who allow their clients to put themselves in dangerous situations with little or no security.

Now, more than any time since the 90s, Hip Hop must call for peace and that starts with the A-listers. The government doesn’t care if rappers kill each other, but if people like Lil Wayne, 2 Chainz, T.I. and all of Hip Hop’s great leaders in the South do, now is the time to do something about it before more blood is shed.

Hip Hop artists dominate popular culture and do so with narratives worthy of biopics. How many people have we seen over the years go from artist to businessman to a business, man?

Despite the bullshit saying that “no press is bad press,” when fans don’t feel safe going to Hip Hop shows and events, that’s bad for business. And when artists are dying, that’s just bad for everyone.

As we continue to honor the legacy of Nipsey Hussle, the violence has to stop if The Marathon is to continue.