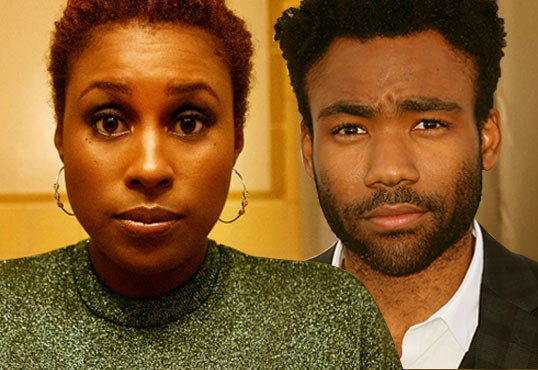 Atlanta Vs. Insecure: Who Had The Better Soundtrack?

Black television hasn’t been this diverse in years. Literally, there’s a little something for everyone. Want scandalous reality television? Love & Hip Hop has you covered. Need the controversy to step down a few age levels? Enter The Rap Game. Need something a little more family-orientated? Black-ish fills that void perfectly. Those wanting some over-the-top soap opera level drama can obviously look toward ratings juggernaut Empire.

However, no new line of programming controlled the weekly television conversation like FX’s Atlanta and HBO’s Insecure. Aiming at two specific audiences at different time slots, both take unique approaches to curating its soundtrack that’s steeped heavily in Hip Hop.

Considering Donald Glover’s lead role from writer to star of Atlanta, the soundtrack damn near explores the history of contemporary urban music primarily based around the titular city. Everything from Outkast and Migos to Childish Gambino (Glover’s musical alias) all fit the all inclusive feel the show presents. On the other hand, Insecure makes good on creator Issa Rae’s love for all things sophistiratchet. With Solange Knowles having quite the year due to her A Seat at the Table album, her role as music curator does a great job of bringing the show to life. Though there are some heavy highlights including Kendrick Lamar, Drake and even Lil Boosie, there’s a heavy independent artist lean. More recently, HipHopDX interviewed several rising artists Insecure like Rae’s younger brother Enimal, Arkansas native Kari Faux and DonMonique representing New York.

Looking back at the soundtracks from both Atlanta and Insecure, DX Editor-In-Chief Trent Clark, Senior Features Writer Ural Garrett and Contributor Marcel Williams decide which series had the best tunes.

Which Soundtrack Is Better Between Atlanta & Insecure?

Trent Clark: Atlanta had me at the promo. Although the show was rooted and intertwined with the various juxtaposes of modern day African American culture, choosing Tame Impala’s “New Person, Same Old Mistakes” perfectly captured the lost in translation vortex Childish Gambino’s “Earn” constantly found himself in. The show’s soundtrack wasn’t nearly as diverse; as it adhered to the real-life ambiance you would hear blaring down Old National Road and I-20. Hometown heroes like Kodak Black and Migos nestled in nicely with country cousins Nappy Roots and Big K.R.I.T. for the dramatic effects no matter what the scene called for. FX utilized the music for its subtle aspects whereas HBO punched the Los Angeles familiar records (Kendrick Lamar’s “Alright,” Audra The Rapper’s “Pimpin’”) right on the nose to accent each cut scene. The songs on Insecure were so well-placed, I could still stay plugged in no matter how bad I thought the music actually was (I never have any reason to listen to Kari Faux’s terrible rapping ever again but hearing her joints become fodder for a girls only road trip suited the mood just right). And I swore never to listen to anything before “Hype” on Drake’s Views but thanks to Insecure, I had to dial it back a notch and begin on “Feel No Ways.”

As a man, I identify with Atlanta more for its perspective of the male psyche’s need to do what’s right 100% of the time. But as far as soundtracks go, Insecure flexed more creativity into its score, giving it the edge for me.

Re-Up Gang: Atlanta has been picked up for a second season as has Insecure.

Ural Garrett: The best thing about Atlanta and Insecure are how well both series really negate one-dimensional looks into black life in America that have controlled the small screen for decades. Being African American isn’t a monolithic thing and both really do a spectacular job at portraying that completely through its soundtrack.

While Hip Hop purest detest the idea of Southern rap being one note, Atlanta really does a phenomenal job in showing how broad the area has become music wise. The most talked about moment of Atlanta’s season finale is the discovery of Glover’s character Earn living in a storage unit as Outkast’s “Elevators (Me & U)” plays in the background. Considering the show’s narrative revolving around Papa Boy’s rise through the city’s rap ranks, there’s something authentic about hearing Migos, Future, Young Dro and Young Thug, among others. In the half real, half surreal reality of the series, these guys are Papa Boy’s competition. Yet, the soundtrack isn’t limited to Atlanta. Hearing Erykah Badu’s “Other Side of the Game” as Earn uses the money from his cousin Papa Boy to have dinner with his baby momma and child plucks the right heartstrings. As Gambino’s upcoming Awaken, My Love is so inspired by Funkadelic’s classic Maggot Brain album, using “Hit It & Quit It” couldn’t have been more suitable. At this point, Atlanta’s soundtrack really proves why Southern Hip Hop is so insanely popular nowadays.

Insecure’s everything and the kitchen sink mentality looks a bit into the past yet, wholesomely embraces the present and future. More than Atlanta, the show led by Issa does a phenomenal job at balancing some of the lesser known indie artists making huge waves and more established acts. Guess those are the luxuries of being on HBO. The first episode opens up with a montage shot of Inglewood as Kendrick Lamar’s “Alright” comes through the speakers and uses Drake’s “Feel No Ways” during a club scene. The infamous cheating episode cleverly uses Ty Dolla $ign’s (who also has a cameo) Free TC joint “Straight Up” and closes with Kap G’s “Girlfriend.” In a good move by Issa, there’s a good amount of representation from female MC as well from Kari Faux to Dreezy and Junglepussy to Kamaiyah. When it comes to the range of alternative R&B on display, that Solange connect seems to really come in handy. Those who lean on that side of the urban musical spectrum should have much to appreciate thanks to two appearances by trio King, Odd Future off-shoot The Internet and London media darling Sampha.

Atlanta literally fuses the history of black music and contemporary Southern Hip Hop surprisingly well alongside some outside genres from indie rock and electronica. Not to sound cliche, but Atlanta is unapologetically black while treating outside genres like sidenotes. Insecure represents the soundtrack of many black and educated Southern California millennials. Which one is truly better? That depends on where one stands in black music lexicon.

Marcel Williams: What’s underrated about both series is how the soundtracks are intertwined into the emotions of its characters and the landscape in which they exist. Where the two differ lies heavily in the audience they’re meant to appeal on a micro level. Both are strong black television shows on a macro level but beneath the surface, they couldn’t be more different.

Atlanta is a show that delves into the life of African Americans that’s beyond their character’s story arc. Take episode two, “Streets On Lock,” for example when Earn is in lockup waiting to post bail. There’s an amazing look at how mental illness in the black community, and in jail, is not something that’s taken seriously. In that same episode, we’re shown just how much of a problem homophobia is. Neither of those stories had anything to do with the characters of the show but serve as a microcosm of their environment. That’s exactly the outlook the show takes with its soundtrack. Atlanta is an introspective look into the African American life of not only the South but the entire African American experience. They use music to help tell every intricate story, to summarize major plot twists, and give a glimpse into what’s to come. It’s also a huge bonus that the show is centered around the life of an up-and-coming MC. Atlanta’s music director didn’t hang his or hers hat on just big name artists and tracks of today’s rap but mixed in a myriad of artists, both big and small, as well as a full complement of the Atlanta sound into the show. The Atlanta Hip Hop sound ran in juxtaposition to jazz from Los Angeles’ Kamasi Washington to the Funkadelics to George Benson.

Wake Up! Watch the first episode of Insecure right here.

Insecure is unapologetically Los Angeles — for better and worse. The soundtrack is drenched in all things L.A: fringe, commercialism, pop. Tracks like Vince Staples “Norf Norf” serve to push the edginess but it practically stands alone in that regard. However, Solange’s inclusion would go on to do a great job at capturing the eclectic style of the Los Angeles area. That’s not a bad thing but it does lack the depth to compete with Atlanta for the distinction of best soundtrack.