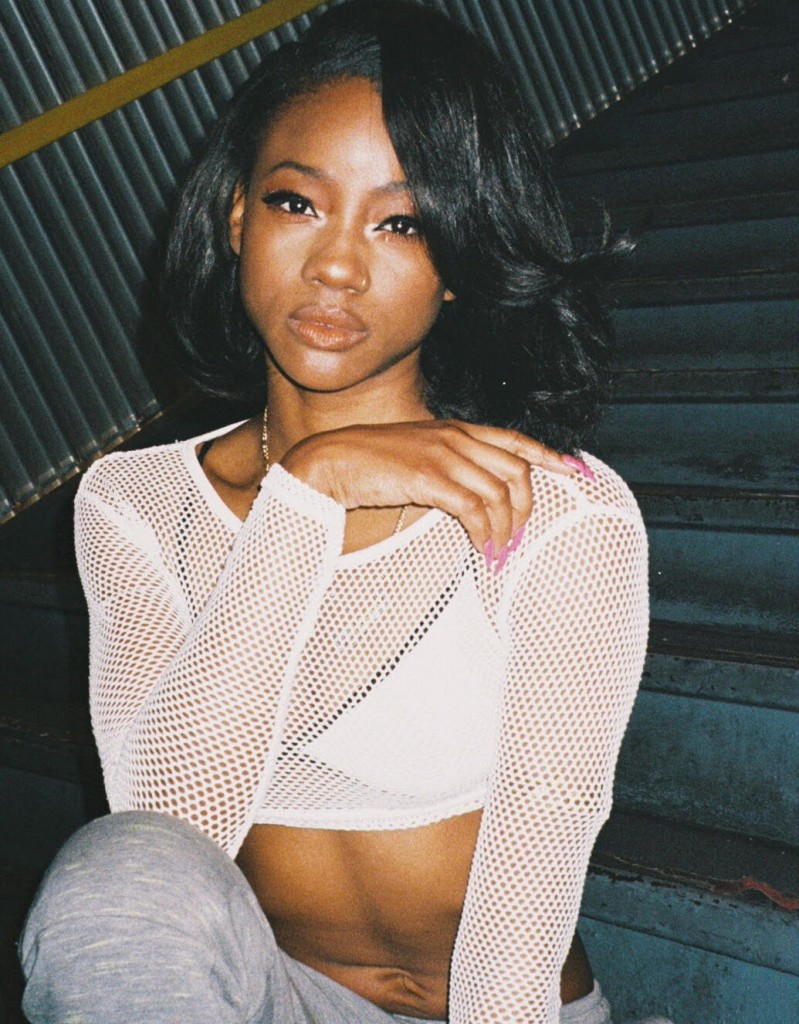 Processed with VSCOcam with e5 preset
0

The South and West Coast have been the dominant player within Hip Hop for years. At this point, every few years involves a New York emcee claiming to bring the city back. It’s a lot of unfair pressure to put on artists, but Hip Hop’s competitive nature makes that notion a necessity. Then again, some artists representing the Big Apple just want to make great music inspired by everything they love about the culture. Case in point: Brooklyn’s own DonMonique. The 20-year-old made much noise earlier this year after dropping one underrated loosie entitled “Pilates.” Months later, she released her debut EP Thirst Trap featuring 2015’s most audacious cover art inspired by one of Puff Daddy’s most iconic photo. Helps that DonMonique can back up her eye-catching aesthetic with raw bars that feel thoroughly rooted in her hometown. Taking time to talk with DX, she talks her breakout moment through “Pilates,” Thirst Trap and her plans for 2016.

DX: Before we get going, let’s talk about this Thirst Trap EP cover inspired by the fairly iconic photo of Puff.

DonMonique: I always knew about the picture, but I can across it from time to time when we were making those tracks. We were trying to figure out what the cover was going to be but wanted it in theme with Thirst Trap. All of it just came together.

DX: The project starts with a voicemail featuring essentially telling another woman her man. Where did you get the idea for that?

DonMonique: I always wanted my interludes me being on the phone talking shit. I didn’t want me just talking on the phone so I flipped it and started rapping. It’s the beginning of a song I made called “You Ain’t Heard.” It’s not on Soundcloud, but I have a video. The second part is two lines out of one of the verses from that song. Those OGs who’ve followed me before now know where that comes from. I just wanted to have something where a girl is calling a nigga and calling the nigga’s bitch. It’s just some shit talking.

DX: Your breakout track was “Pilates,” but it wasn’t featured on the EP. Are you saving that for another project or was that a one-off loosie?

DonMonique: “Pilates” was made last year around this time. When I first put this out, it was just me putting it on Soundcloud. We shot the video at this house party and before the song came dropped, the guy who directed the video’s manager found out. He had a connect with Noisy so that’s how it came out that way. I guess people figured out who I was after that. I wanted to keep Thirst Trap more New Yorkish. Everything on the project was produced by Stelios and “Pilates” wasn’t produced by him so I just wanted to keep everything musically consistent.

DonMonique: I don’t even know. I feel like New York is still trying to figure out these sounds. I feel like my sound is New York trap. When I first got into music, I wanted to be like this trap rapper with trap beats. Then as I started going to the studio more and trying to figure out my sound, I was like you don’t necessarily have to use trap beats to make trap music. This is when I went more into the boom-bap vibe and a little into more poppy sounds. At this time, New York is what you make it. We’re just so diverse.

DX: I remember reading in a previous interview where you mentioned listening to Biggie and Lil Kim. How does someone your age really fit into what’s been going on the last five or so years?

DonMonique: I love a whole bunch of shit. Obviously, I wasn’t listening to Biggie and Kim when I was five or six. My mother wasn’t having that. Back in the day, I was really fucking with Britney Spears, Backstreet Boys and all that Disney Channel shit. I would always get my Hip Hop from my mother when she would just bump it in the car. I grew up listening to a whole bunch of stuff. I always wanted to be in music growing up. My mother was fucking with rap but as far as me being a rapper, she was like nah. I think when it comes to older people, the only thing they hear about the industry is on the news. They see something like Justin Bieber got arrested for this and nothing about stuff like Nicki Minaj’s charity work. They only know the bad part of it. I really had to prove myself and wait until I could do what I wanted to do. Now that all this shit is happening, she’s really with it. I’ve made a lot of progress this year.  I feel like no-one right now sounds like me right now. I try to make music that I would want to listen to. I think: What I would listen to if I wasn’t a rapper? When I listen to female rappers, I want to listen to them say something that a male rapper couldn’t say. I wanna hear fuck these niggas or I’m with my bitches hanging out. I just try to touch bases that no one has yet.

DX: One of the highlights of the project for me was “Tha Low” track with Danny Brown. That’s a big feature to get on a debut. How’d you get that?

DonMonique: Danny Brown followed me when I was like three songs in. You know how Twitter is. You can just follow people on accident or whatever. I didn’t really take it to heart when I saw that. Plus, he follows a lot of people. A week later, he followed me on Instagram. Then I was like ok, he knows what the business is now. I’m going to hop in the DMs. I said sup, I have this track that he may be interested in jumping on which ended up being “Tha Low.” He was down, recorded it and sent back the verse. We hadn’t met yet or anything. It’s crazy that I got that only two or three songs in because I felt like people are still waiting to see what I can do.

DonMonique Explains Why This Year Is “Bittersweet”

DX: You admit going through the motions, but this has been a breakout year for you. What’s that like being in the in-between moment?

DonMonique: It’s bitter-sweet because all this shit is happening and people think I made it, but at the same time, I’m still taking the train. I’m still figuring out how I’m going to get some weed. From the outside looking in, it’s been a great year. But, I’m living the starving artist’s life. I’m getting it on the ground. It’s progress because I’m doing way more than last year. I can’t wait to see what I’ll do next year.

DX: But, some doors have opened for you right? Especially in New York.

DonMonique: New York has responded really well. I was nervous in getting into music because I feel like New York really doesn’t support its own sometimes. The love I’ve been getting has been good. My shows in New York are always turnt up. I’m way more nervous doing shows outside of New York now and I never thought that would happen. Yeah, I’m fucking with it.

DonMonique: Trying to get on tour, which is definitely going to happen soon. I’m working on my next EP. Right now, I’m figuring out what my sound is going to be. It probably won’t be anything different from Thirst Trap, but I’m trying to experiment more. There’s going to be a Thirst Trap 2, I plan on doing one every summer because the thirst is real. We definitely have stuff in the works.

DX: I know you opened up for Lil Debbie during her tour of New York and even getting positive words from Raven Sorvino. Must be nice getting support from females carving their own lane.

DonMonique: I love the support from females. Literally, all the females that don’t like me are because of a nigga I don’t care about. That’s how most bitches be; over niggas. Just worry about us and don’t worry about what’s going on over there. I’m loving the love from The West Coast. “Pilates” is a very West Coast sounding track, but when I rap, you know I’m from New York. I like that I don’t necessarily have to spit on top of boom-bap for people to know where I’m from.