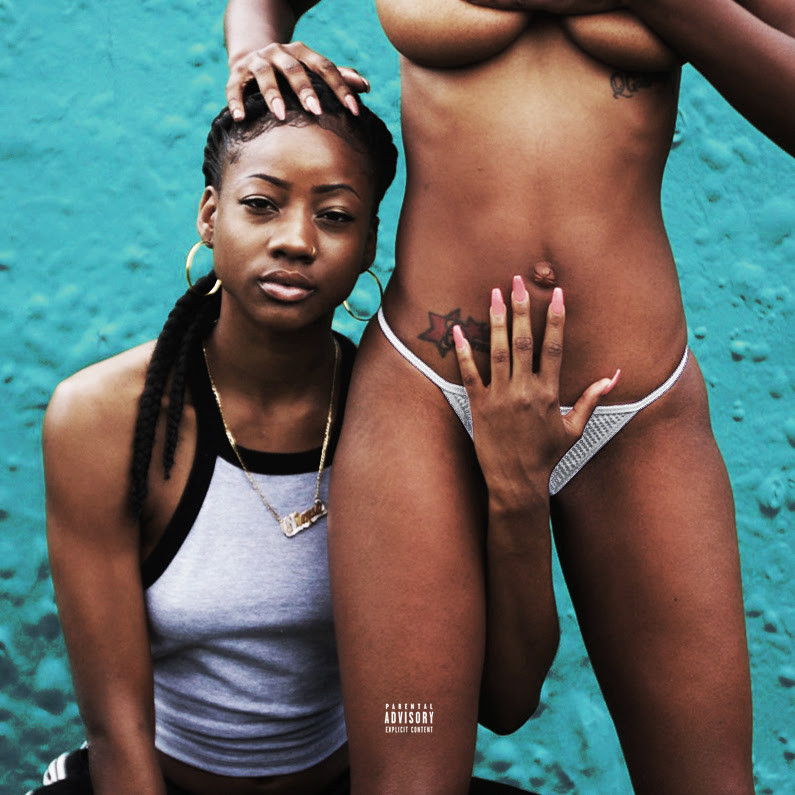 Today’s Hip Hop climate makes it difficult for anyone within New York eyeing mainstream notoriety to aggressively avoid contemporary trends. Then again, the internet age has given an unprecedented level of creative inspiration. Noisemakers from A$AP Mob and Pro-Era to Action Bronson have become successful exceptions to the rules. It’s become even harder for females from the area on both sides of the coin. Nicki Minaj had to forge a long-going southern alliance with Cash Money after spending time in Atlanta while Azealia Banks found her lane in early 90s House. This all makes DonMonique’s debut EP, Thirst Trap, such a disjointed refreshing project. The Brooklynite switches between progressive boom bap and modern trap ideas yet, remains hemmed in New York’s grimy streets. Stylistically, everything is wrapped in slick post- social media aesthetics; hence the EP’s title.

Later last year, DonMonique dropped the buzzing single “Pilates (Kendall, Kylie, Miley)” which felt more inspired by the simplistic West Coast sounds spearheaded by DJ Mustard. For Thirst Trap, there’s an overwhelming New York vibe. Solely produced by Stelios Phili, who handled some production on A$AP Ferg’s Ferg Forever mixtape, every beat allows DonMonique to maneuver mucky delivery with finesse. Opening track “UNTLD”(following a comical voicemail intro and interlude) has DonMonique spitting alongside Remy Banks & Wara From The NBHD. “I’m posted up, you should fuck with me, talking out the side of ya face, that’s a buck fifty, bucking if you fucking up, young Don Dadda putting hoes in they place,” DonMonique rhymes effortlessly on the track. Those cocaine flows continue on follow-up track “Drown” which has a down south flavor and sing-song hook before she delivers more bars.

Noah Caine lends the assets as DonMonique flips right back into darker boom-bap sounds  without breaking a sweat “Fifty Kay” which speaks more to her hood aspiration side. By the time she switches back to her slowed down trap on “ION,” the autotuned layer doesn’t work so well. Thankfully, that provides a minor blemish or destruction for Thirst Trap’s highlight. DonMonique handles herself quite well on “Tha Low” featuring Danny Brown and Slayter. “Keep it on the hush, keep it on the low, I don’t serve no more, getting dough off the flows,” opens into a nice lyrical sparring between the three. Thirst Trap closes with a banging track that has DonMonique finding her inner Jay Z (even using the opening lines of “Nigga What, Nigga Who”) and essentially explains the album’s themes: “I got niggaz showing love and niggaz that want to fuck, niggaz that’ll clap and niggaz that roll my blunts.”

Thirst Trap is a suitable introduction into the mind of someone with a clear focus, unlike women who just utilize social media just for empty attention. Once DonMonique grabs listener’s attention (some just by the provocative cover art alone), some great rhymes and beats are in store by displaying creative gymnastics effectively between New York and Southern sounds.