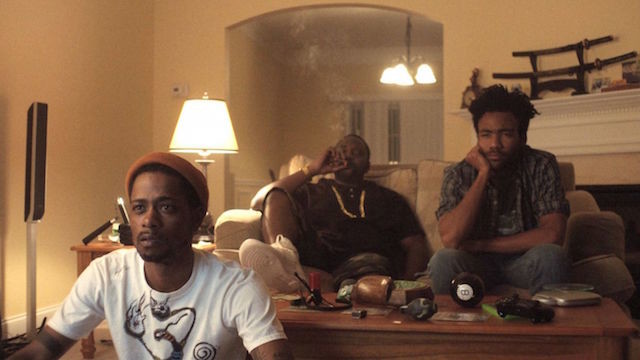 As Variety reports, two FX shows are seeing a second season, including Donald Glover’s hit series, Atlanta and Better Things, which stars Pamela Adlon of Californication and King of the Hill fame.

Created and executive produced by Glover (otherwise known as Childish Gambino), Atlanta earned the best premiere numbers for any basic cable primetime scripted comedy in over three years in the 18-49 demo. The most recent episode, which aired on September 13, brought in 1.3 million viewers and after tonight’s (September 20) episode, even that number might be surpassed.

Atlanta follows the lives of two cousins who work their way up through the music scene popularized by Outkast, Future, 2 Chainz, Gucci Mane (among countless others) in order to improve their life circumstances. In addition to Glover, the show also stars Brian Tyree Henry and Lakeith Stanfield.

In a joint statement, Nick Grad and Eric Schrier—presidents of original programming at FX Networks and FX Production—said, “It’s really gratifying to launch two new comedies that have received overwhelming critical acclaim right out of the gate and that are emblematic of FX’s award-winning brand.

“It is clear to us that Atlanta and Better Things have struck a nerve with viewers, which is a credit to Donald Glover’s vision for Atlanta and Pamela Adlon’s vision for Better Things, they continued. “They, along with their spectacular casts, writers and directors, have created exceptional shows that we are incredibly proud to produce.”

If you’re still trying to figure what the fuss is all about, the first episode of Atlanta is available for free streaming right here.