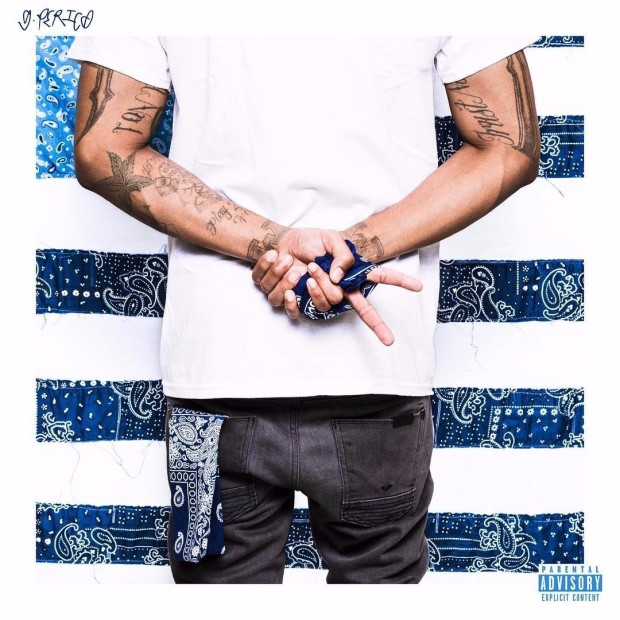 Flossing his signature Jheri curl, all-blue ‘fits and undeniable swag, G Perico represents South Central Los Angeles to the fullest. Although the burgeoning gangsta rapper has been steadily pumping out albums since 2010’s Y’all Gonna Get To Know Us, his stock has only started to increase in the last year thanks in part to his feature on Nipsey Hussle’s “Basic Instinct” and the release of his inaugural studio album All Blue, which came out in April.

Bursting at the seams with classic West Coast G-Funk, Perico’s latest effort, 2 Tha Left, continues his street-life narrative. Initiated into the Broadway Gangster Crips at 12, the now 29-year-old picked up his first gun case at 13. He’s been shot, locked up multiple times, and found himself in several precarious and violent situations, but never shies away from his gang affiliation. With every bar he spits, he makes it clear he’s lived the gritty tales he tells. Consequently, there’s not a single moment on the 15-track album where his authenticity is questionable.

On “What’s Real” featuring Mozzy, lines like, “I bring the Crips out when I’m in town/ When they first see my curls, niggas trip out/ You ain’t never seen somebody like me/ Real gangster in the 2018,” paint a vivid portrait of what makes G Perico who he is. Coupled with his distinct nasal timbre, he draws comparisons to his legendary West Coast predecessors like Eazy-E or Too $hort as he casually navigates each track.

Frequent collaborators Westside Webb, Polyester and Poly Boy craft the majority of the beats, and attempt to recreate the ’90s West Coast gangsta rap sound. After amped-up tracks like “Affiliated” and “Go” featuring Bino Rideaux, album highlights “Everybody” and “What Up Cuz” featuring TeeCee4800 and AD momentarily slow things down. Then, Polyester takes over on the funked-out interlude “World On Wheels” — a nod to the iconic L.A. roller-skating rink.

The instrumental provides a brief respite from the tough-talking bravado, which reaches its climax with the follow-up song, “I Love Thots,” one of two tracks walking the thin line between raunchiness and flat-out misogyny (the second is “Other Side” featuring Nef The Pharaoh). Depending on the audience, they have the ability to alienate the listener or simply echo that “bitches ain’t shit but hoes and tricks” mentality that often permeates the culture.

With a consistent sound on his side, Perico hones his signature style on each subsequent release. He made the leap into the industry, found his niche, studied his craft and is clearly committed to reaching his goal of making rap history.

While he may not be at the level of Compton’s Most Wanted’s 1992 classic Music To Driveby or DJ Quik’s 1995 magnum opus Safe + Sound, Perico is making a valiant effort to get there. To his credit, he’s reignited an interest in G-Funk during a time when trap music and one-hit wonders rule the airwaves — not exactly an easy feat. But if you’re looking for anything but flat-out gangsta rap, this isn’t it.

At this stage in the game, Perico is releasing music at a dizzying pace. In addition to his multiple solo efforts, he and Compton-based rapper Jay Worthy emerged as G-Worthy at the end of September with a self-titled EP. Perico could benefit from letting each project breathe a little bit to really let each one sink in and grab hold.