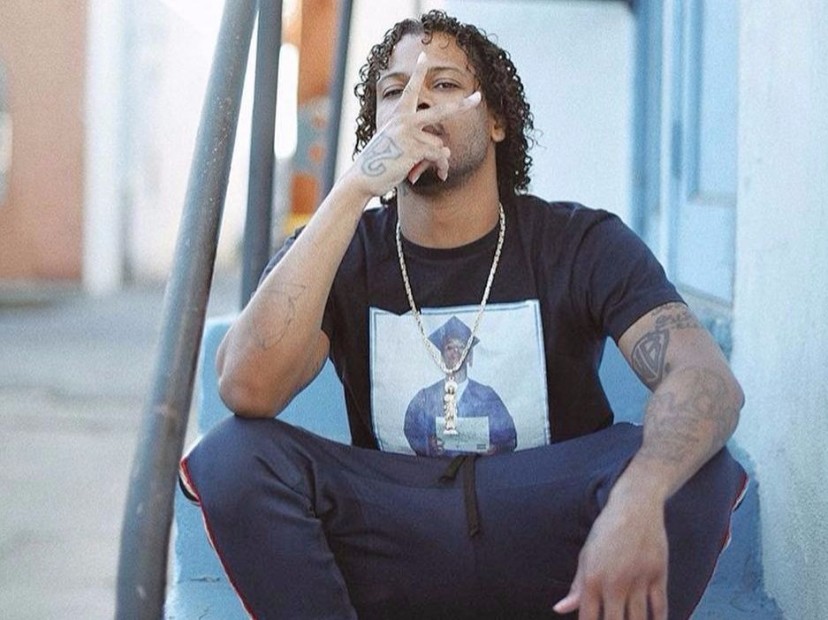 G Perico is closing out 2017 with his second album of the year. The rising star from the West Coast has released 2 Tha Left, the follow-up to his All Blue LP.

For his latest work, Perico put together 15 tracks with contributions by notable artists such as Curren$y, Mozzy and Nef The Pharaoh. The LP helps the Cali MC end the year on a high note and continue riding the wave of momentum he’s has since releasing Shit Don’t Stop in 2016.

Check out the stream, cover art and tracklist for 2 Tha Left below.

(The original version of this article was published on November 17, 2017 and can be found below.)

Packed with 15 tracks, including the recently released “Amerikkka,” the project carries on the G-Funk tradition laid down by predecessors like Dr. Dre and Snoop Dogg. The Jheri curl rockin’ rapper doubled down with a video for the album’s second single, “Affiliated,” another nod to his all-blue associations. But Perico has ambitions beyond street cred.

“Shit still don’t stop,” Perico tells HipHopDX. “My mission is to inspire and be talked about 100 years later. Be in history books.”

Perico is also staying busy with his G-Worthy side project with Jay Worthy and a recent collaboration with Adult Swim for the track “Late Night.”

2 Tha Left is expected to arrive December 8 via Perico’s own imprint So Way Out and will be distributed by Priority Records.

Check out the cover art and tracklist for 2 Tha Left below. Pre-order the album here.