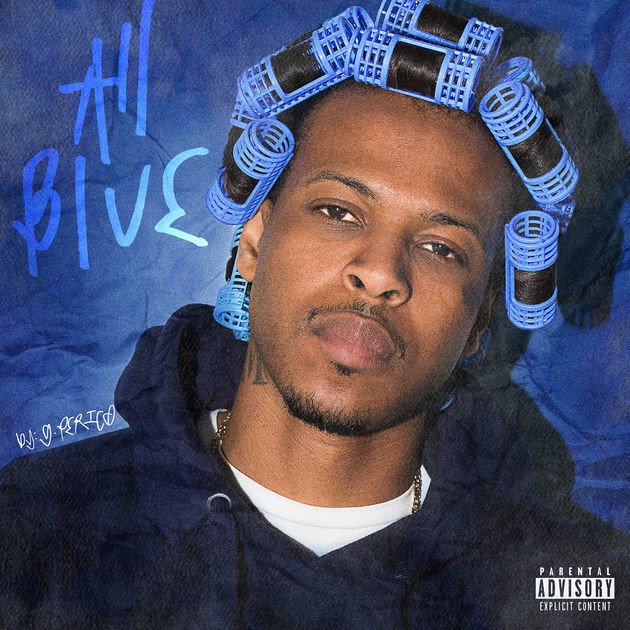 Whereas ScHoolboy Q recants tales of a life he’s left behind and YG makes this often criminal subculture sound festive, G Perico gives us a front and center walk through the madness as it’s happening. A Crip devotee who’s a product of the sunny yet bleak South Central depicted in Boyz n the Hood and Menace II Society, his keen knack for ghetto survival surrounds spooky tales of avoiding both law enforcement and violent rivals seeking reasons to stunt his growth.

Revered for unimpeachable levels of authenticity, G Perico picks up where 2016’s durable Shit Don’t Stop left off, serving another helping of gangsta rap drama with All Blue. Flaunting the pride that comes with sporting a Jheri curl on the opener “Power,” he’s branded himself a natural extension of a past climate associated with set tripping bloodshed and its obligatory retaliation. Using the Bay Area influence popularized by DJ Mustard where screeching keys meet thumping bass and stripped down percussion, here G Perico derives excitement from lawless paper chasing while disavowing snitches.

Also noting on “Power” that he’s now the father of a third child by just as many women, “Dedicate” reiterates that his hobby of random impregnation mirrors a child’s passion for collecting Pokémon. Far from the run of the mill simp, he explains that one special lady can come before the rest (who are sure to remain on his active roster), believing the highest compliment he can pay the current apple of his eye is “Just might be your next baby daddy.” Placing further emphasis on money coming before women, “Gets My Staccs” makes it clear he shouldn’t be expected to provide more than quick thrills under the influence of shared substances.

Where it may seem G Perico is just another lost soul, All Blue shows hints of him struggling with his ego now that he has feet freshly planted in the entertainment industry. Torn between enjoying luxury and defending the life he knows best, “Can’t Play” breaks down the dichotomy of his position: a court case away from a life sentence, he’s unable to dine at fancy restaurants without receiving scrutiny because of his street ties. Caught up in the rush of his Broadway Gangster Crip affiliation making his stomping grounds a locc’d out version of “Cheers”, on “Turnin Corners” he notes “Everybody know your name when you really active/You know that nigga from your hood that keep shit craccin”; but on the contrary “Right Now” expresses a rather adult-like urgency towards getting his finances straight. Likewise, “Westside-Digital” finds Perico relieved to be off parole and (sporadic balling out aside) working his hardest to ensure his daughter is provided with more than he had growing up.

Striking while the iron is hot seven months after his debut, All Blue leaves room for G Perico to keep growing. With 10 of the 13 songs clocking in at three minutes and making only slight differentiations of the same rhythm (“Wit Me Or Not” being the most rousing exception), his unpolished feel is still a welcome novelty, but it ultimately runs the risk of repetitive overkill. Blurring the line between autobiography and an exploitative Noisey documentary, his often myopic outlook could end up detrimental but nonetheless, he stays loyal to his set knowing his lucky streak could end at any moment. Having earned the fandom of ne’er do wells entrenched in trouble along with the sheltered from his hometown experiencing hazards vicariously through music, G Perico’s challenge on the horizon will be making certain his talent becomes greater than his art’s sense of realism.