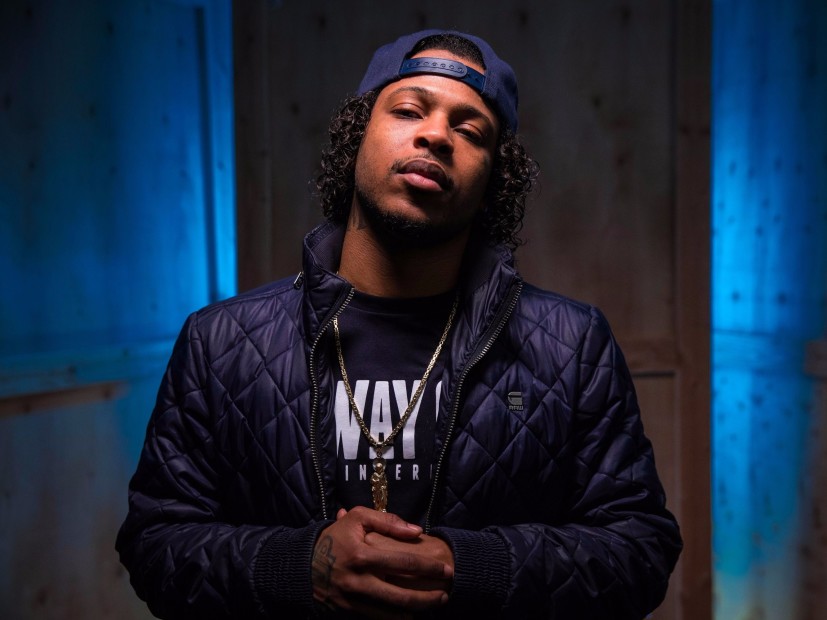 Burgeoning South Central G-Funk rapper G Perico is painfully aware of the dangers associated with gang life. As indicated by his latest project, All Blue, he doesn’t shy away from it and makes it clear where his affiliation lies. However, as his notoriety begins to rise, the risks associated with being in the public eye and a gang member also intensify, but he’s adjusting how he operates.

“I just gotta move more cautious,” Perico explains to HipHopDX. “I’m too valuable. Of course there’s a lot of people out there that don’t want to see me doing well for whatever reason or feel like they can make a name or reputation for themselves off of me. I’m fully aware of that and I understand it. Instead of me just getting mad and asking why, I just stay prepared and make sure I move the right way and keep the right people around me. The people around me have their eyes open and are paying attention. They’re not reckless, so we can make it home, keep living and keep going.”

In 2016, he got a wake-up call when the 29-year-old was shot in the hip leaving his South Broadway studio, something he’d never experienced before despite years of being in the streets.

“I mean shit, it hurt [laughs],” he says. “It felt like something ripped, like a tear, like a real bad tear. It was throbbing and it felt like a few different versions of pain. It hit me in the hip and I don’t be saying this part, but it grazed across my ass. That’s pretty much what it was like [laughs].”

Although he still has a few bullet fragments floating around in his body, the incident is not something he really brings up. To him, it goes with the territory.

Pop up was a success s/o everyone that came out we'll be back open next month in the mean time hit sowayout.store ??

“There’s a lot stuff I don’t mention because it’s so typical being from L.A.,” he explains. “Like, ‘I’ve been shot,’ so what? Everybody been shot. Another thing I don’t mention either is that I rap. Like,’I rap.’ There’s so many people that rap. It’s super typical. Everybody’s been shot and everybody raps.”

While that may sound like a sad reality to some, it’s simply the way he grew up. Surrounded by drugs, violence and other various crime, he learned how to navigate the rough waters and soon realized music could be his way out. Much like how the Zulu Nation used Hip Hop as an attempt to bridge the gap between rival New York City gangs, Perico is discovering music often overcomes any preconceived differences, but admits it’s contingent on the circumstances.

“It depends who I’m running across, what time and what the situation is like,” he says. “Everybody out here is looking for something different. If I run into somebody from the other side that’s on the same tip I’m on, let’s get paid, let’s bring it back, help the homies out, and help our friends out. It’s a strong possibility we going to look past that and connect for something greater. If it’s somebody that’s looking for the static, ’cause there’s a lot of those, I’m not going to do nothing beside defend myself that’s it. If I don”t have to do that, I’m not going to do it, but if I got to, I’m going to make sure I walk away [laughs].”

He uses his working relationship with Nipsey Hustle as an example. Although they both rep the Crips, their particular sets do not exactly get along, but the two are building a symbiotic relationship that, so far, is going well.

“I do music with Nipsey and I go to his shows,” he admits. “If it wasn’t for music, that would be unheard of hanging out together, conversating or anything.

“He a Crip, but it’s like our areas don’t see eye to eye about really anything,” he continues. “Music definitely bridged that gap. I feel comfortable coming around him by myself. I don’t need to bring nobody with me. I don’t even need to bring a gun with me like I feel that comfortable with Nip, you know what I’m saying? I come by myself, walk in and disappear in a pack of his homies, and it’s all good. It’s the same vice versa, so music definitely does that.”