Review: Kevin Gates Doesn't Let Being Locked Up Stop His Momentum On "By Any Means 2" 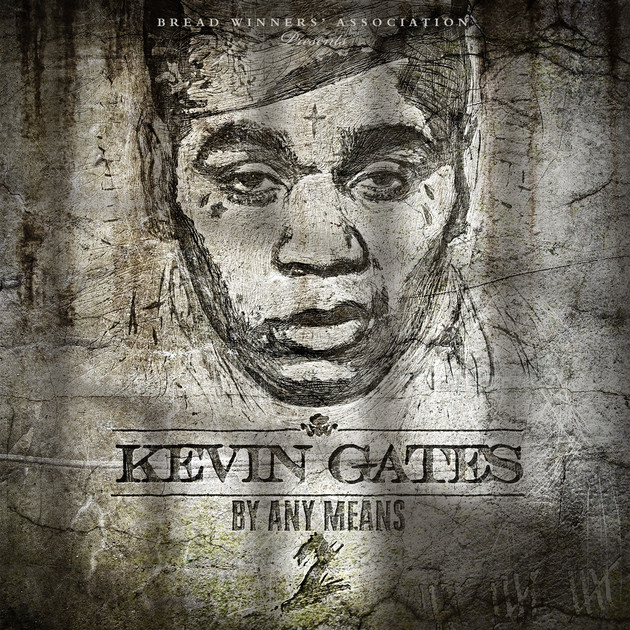 If not for some bad choices, Kevin Gates would probably be in the middle of a victory lap right now. The Baton Rouge rapper’s 2016 album Islah was a huge success, becoming a surprise hit on the charts and eventually going platinum. After years of grinding on the mixtape circuit, Gates appeared to have finally reached a larger audience and became a bonafide rap star.

Unfortunately, Gates has a bad habit of figuratively shooting himself in the foot. The “2 Phones” MC has dealt with his fair share of legal woes and found himself back in jail last year on a six-month sentence for kicking a female fan. And when was on the cusp of freedom in March 2017, he got hit with a gun charge in Illinois that got him sentenced to an additional 30 months in prison.

All of this is important to note when evaluating Gates’ newest mixtape, By Any Means 2, which he released from behind bars. Curated by his wife Dreka, the project is less of a triumphant follow-up to Islah and more of an effort to make sure the music world doesn’t forget about him.

Since Gates has been locked up and unable to record for almost a year now, he’s not breaking much new ground on this tape. Still, there’s plenty of good music on By Any Means 2. But what this project won’t do is change a listener’s opinion of Gates. Fans will be satisfied to get more of the lyrical street tales and club-friendly jams they’ve come to expect. Detractors will hear Gates doing the same thing he’s been doing for the last five years.

The controversial MC hits high marks with his tried-and-true formula, as evident on cuts like the opener “No Love” and “GOMD.” Gates’ unapologetic attitude and songwriting are on full display, accentuated by hard-knocking production. He also gets to flex his melodic style on the standouts “Had To” and “Why I,” which both have the potential to make some waves on the Billboard charts.

“Attention” is a clear highlight for devotees, ranking up there with some of Gates’ finest deep cuts. A menacing beat sets the stage for his portrayal of the gangster lifestyle, complete with a rewind-worthy second verse. “Youngin really thugging, guerrilla hustling fa’real/ Body tatted, DJ Drama, that gangsta shit in my grill/ Lay loose with a llama or stank a bitch if he squeal/ Set outside the store that my gangsta bitch just went in/ At the pharmacy popping ‘scripts, my prescriptions is getting filled/ I love her, took her name and encrypted it in my ear,” he raps.

While Gates mostly sticks to his familiar playbook, he does call a few audibles that work well. The introspective “Imagine That” transcends what would be expected with the subject matter by using an extremely catchy hook. “Fucking Right” sees him stretching his vocals for an ostensible R&B record that’s surprisingly effective.

Unfortunately, By Any Means 2 is hampered by a few tracks that probably would’ve been left on the cutting room floor if not for Gates’ incarceration. “McGyver” is incredibly rote with Gates running through the motions for one of the most uninspired records in his entire career. “No Trust” comes across like a first draft that could’ve been developed into a much better song. And “Came Up” can’t help but make the listener realize just how old some of these tracks might be with the now ironic line “gotta write Gucci, tell him hold his head” in its second verse.

Despite some noticeable hiccups, By Any Means 2 accomplishes what it set out to do. Gates’ rapping prowess and hitmaking abilities are put out there as a reminder of what he’s capable of making in the studio.

The tape is not a progression from Islah, but his circumstances prevented the project from ever being a new chapter in his career arc. If he can get his head on straight, there’s no reason why he couldn’t be among Hip Hop’s current elites. His past track record makes it hard to have much faith in him, but one can only hope his latest prison stint is the type of life-changing experience that puts him on a better path.