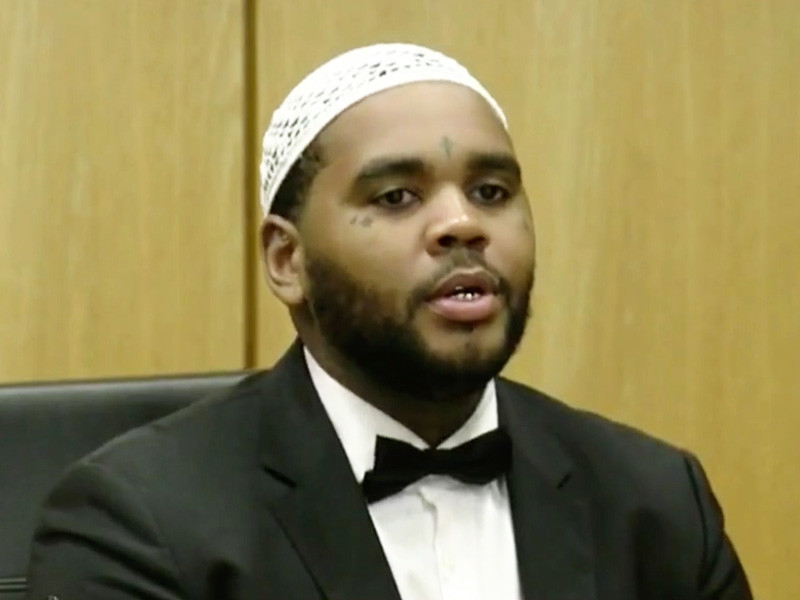 Polk County, FL – A Florida judge and jury of six women had no sympathy for Kevin Gates’ claims of self-defense in the case of his highly publicized incident where he kicked a female concertgoer’s chest like it was made of pigskin and he needed the game-winning goal.

The 30-year-old rapper, who hails from Baton Rouge, already had his Florida stand-your-ground plea rejected and was sentenced to 180 days in jail following a one-day trial in Polk County, FL Wednesday (October 26), WFLA reports.

Relive It: This wasn’t what Nike had in mind when they said: “Just Do It.”

On August 15, 2015, Gates headlined a concert at Club Rumor in Lakeland, FL when then 18-year-old Miranda Dixon pulled on his leg as he performed and the rap star’s reaction was swift and fierce. The story made national news after the girl’s mother told local news outlets that she wanted to see her daughter’s assailant persecuted to the fullest extent of the law.

Gates had hired well-known defense attorney Jose Baez to immediately go on the offensive toward the victim, telling the jury her accounts weren’t credible and she “lied” to the jury, for she had originally told investigators her intuition said consequences would follow for touching him as he rocked the mic.

“You’re aware that if you’re not injured, there’s no [settlement] money,” Baez said, to which Dixon replied, “Yes.”

But that wasn’t enough for the defense, especially after Club Rumor head of security Joe Hailey testified in court that Gates had plenty of room to back up to prevent from being touched.

Immediately after being found guilty of battery, Gates was sentenced, fingerprinted and hauled away to Polk County Jail to begin his time. On the bright side, he will be credited for any time served, and fines and court costs.

Watch the footage of Gates being found guilty down below.