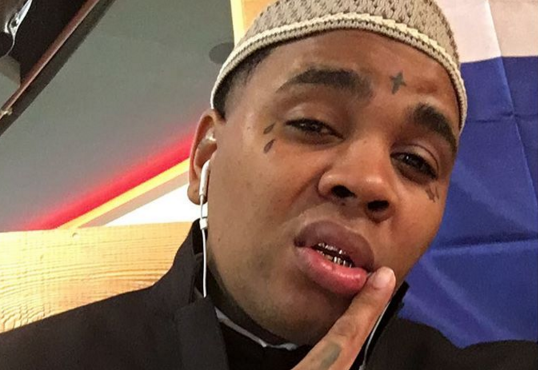 Lakeland, FL – Kevin Gates is currently battling battery charges from his infamous 2015 incident where he kicked female fan Miranda Dixon during one of his performances and it appears his legal team will have to go back to the drawing board, seeing that their attempt of claiming Florida’s stand-your-ground rule has failed.

The controversial law became part of national conversation back in 2012 when it was eventual catalyst for George Zimmerman’s not guilty verdict for killing 17-year-old Trayvon Martin. Gates, 30, was in a Lakeland, FL courtroom on Thursday, July 28, when County Judge Sharon Franklin not only rejected the motion to have the case dismissed, she let him know his actions during the concert were totally out of line.

“While a simple act of touching or pushing someone without his or her consent may amount to simple battery, the Court finds that such a minor act does not necessarily rise to such a level as to justify the use of force in return,” Franklin wrote in the five-page order, according to The Ledger.

“Defendant testified that he is always scared for his safety at his shows because of death threats he’s received, yet he allowed a very young child to not only walk out on stage with him but allowed this child to remain on the stage for the entire performance,” Franklin wrote while another excerpt called Gates’ recount of the incident “troubling in terms of his credibility” due to his recollection of no one being near him when he reacted with his Nikes.

Florida law states the stand-your-ground law is valid when a person finds themselves facing death, an imminent threat, or great bodily injury. In any of those instances, deadly force is said to be justifiable.

On August 15, 2015, Gates was performing at Club Rumor in Lakeland when 18-year-old Miranda Dixon grabbed the Baton Rouge rap star, only to be kicked in the chest. She later told local news outlets that simple activities such as talking and walking left her in great pain.

A couple weeks after the incident, Gates released a new record titled “The Truth” where he explained himself with lyrics like, “All on the news bout what happened in Florida/Posted on Worldstar, an iPhone recorded/She grabbed my dick overreacted, I’m sorry/Two or three times I had already warned her/Edit that part out, I don’t like to argue.”