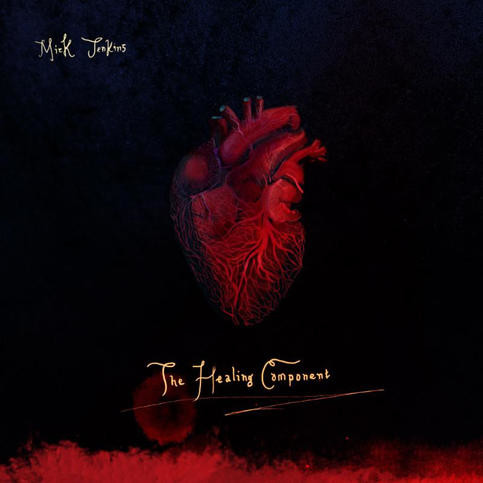 Chicago has been on a Hip Hop winning streak in 2016. City patriarch Kanye West released his ever-changing opus The Life of Pablo in February, and roughly three months later the city’s savior Chance The Rapper released his latest mixtape, Coloring Book. Much like Chicago’s troubling sociopolitical issues, the struggle between the braggadocio and spiritual tendencies of the two artists was put on display. Somewhere in the middle stands Mick Jenkins, an artist who blends Kanye’s anger and Chance’s hope in an effort to make outsiders unabashedly aware of the troubles around him. His highly anticipated debut album The Healing Component serves as a 15-track showcase of youthful positivity.

One year after Mick Jenkins’ standout mixtape The Water[s], a project ripe with sharp storytelling that covered the institutional racism surrounding him, 2015’s Wave[s], afforded him a chance to further explore his creative nature, grappling with the light and darkness inside him. Tracks like “Get Up Get Down” display a marked juxtaposition between the bridge and ensuing first verse, with both the beat and the lyrical content shifting dramatically. THEMPeople, the beat-making duo that co-produced both tracks, further enable Mick Jenkins on The Healing Component, providing a similar mix of ominous, bass-filled beats alongside a heavier dose of lighter notes on the album’s third single “Fall Through.”

Unlike his earlier work, Mick Jenkins’ duality now seems to be fading. Once focused on the sad scenes he faced each day, his viewpoint now seems to be largely positive, or rather more resilient, invoking classic nursery rhymes as his shield. “Mirror, mirror on the wall, who’s the most hated of them all? / Most creative of them all, Who’s post-racial, who’s the most basic? Who despite that love them all? So sticks and stones I rub them off,” he raps, reflecting on the opinions others have of his music. The beat changes frequently, but the lyrics are all headed in a similar direction.

The album’s self-titled intro, filled with melodic piano and the now-familiar sounds of Donnie Trumpet, further indicates Mick Jenkins’ growth. “I no longer have a problem with niggas who act like they never hated. I mean at least you know now,” goes well with instrumentation that had previously seemed too upbeat for his style yet now fits perfectly.

A similar message can be found on “Spread Love,” an equally upbeat number (“I just let my little light shine I guess that’s why they wanna throw shade at me, huh?” the gospel-tinged lyrics scream). His willingness to evolve, much like the transient beats he so often floats over, is another welcome improvement. Some of his sermons, however, stretch on for too long.

On “Strange Love,” a moody, electronic track that once again sees Mick Jenkins feeling glass-half-full, the wavy crooning of “love yourself” becomes overly repetitive. Other songs like “As Seen in Bethsaida,” which feels disjointed due to an aggressive, electronic beat, feel lost. As experimental as the project can be at times, it’s lines like, “See it’s all about angles/Whether I’m checking my watch or I’m hitting my dab / You use the same muscles to cough with as you would to laugh/It’s perspective really,” from “Angels” featuring Noname and Xavier Omar that have the biting delivery needed to get his point across.

With Mick Jenkins ready to “Kick and push until [he] breaks down barriers,” much like a number of his peers in Chicago, the future of the city’s music is much bleaker than the issues highlighted throughout The Healing Component.