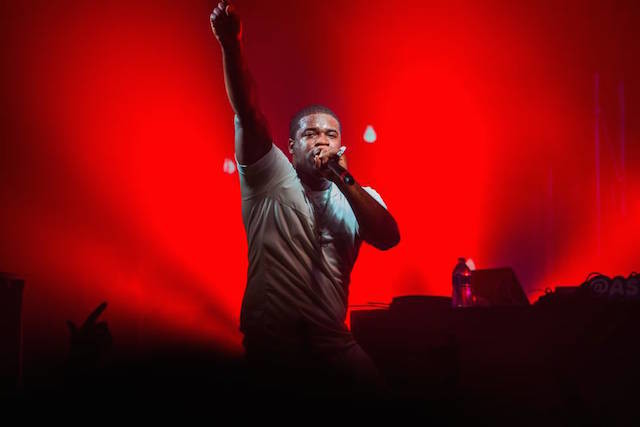 In just 72 hours, Red Bull Sound Select successfully made their inaugural 3 Days In Miami event a premier concert series for travelers and natives to the area.

It was a testament to the RBSS mission to encompass the best of all surrounding musical genres and pit them in one arena.

The curation hub to the universe’s most popular energy drink launched their recent endeavor as an offshoot to their wildly popular 30 Days in LA concert series, which among countless talented acts, have continued the escalation of rap superstars such as the Chance The Rapper, A$AP Mob, Run the Jewels, Juicy J, a special appearance by Drake and several more.

The newest 3 Days in Miami series was no different, as the RBSS team carefully handpicked each day to be an accurate representation on the most vibrant happenings in the world of Hip Hop, EDM and R&B/synthpop, respectively. Local tastemakers Poplife, IIIPoints and YesJulz were also brought in oversee the quality of artists chosen for the Florida boom. The Hangar — a trusted venue for rock and rap alike, located in the lung of Miami’s feverish downtown culture — hosted the festivities, nearing capacious crowds with plenty of partygoers outside to spare. Threats of the Zika virus and supposed hurricanes did little to deter a wide range of demographic in age and musical preference from turning out to support the events. Patrons were privy to custom-made Red Bull and assorted spirit concoctions directly inspired by the artists, as nail booths courtesy of Vanity Projects and samples from Floss Gloss, nitrogen ice cream from F27, custom popsicles from PopLab, cotton candy stands and Miami Mosquito bombers and jackets from Miami designer Algae also packed the room, giving the lone venue a festival-like feel.

For day numero uno, it was the mighty reach of rap that set the precedence and the standard for how the 305’s Red Bull stage should be dismantled.

Up-and-coming New Jersey rapper 070Shake is co-signed by YesJulz and immediately woke the audience up with her recent round of Soundcloud fire, “Bass for My Thoughts” and “Honey,” which was followed by Jazz Cartier’s boisterous brand of Hip Hop, which is tailor-made for an audience enhanced by the energetic powers of Red Bull.

We were on the scene and caught up with A$AP Ferg who, when it was pointed out, seemed all too enthused that his crowd had an extra oomph to go along with his hit records.

“I didn’t even think about that. They was geeked off the Red Bull!” Ferg recalled, harboring on his performance that arguably stole the entire 3 Days in Miami series. “Everybody had ‘wings’ in there, it was turnt up and I didn’t want to leave. An hour felt like 15 minutes for me. I really didn’t want to leave. It was that turnt in there.”

It’s been a helluva a year for Ferg, 27, who saw his stock rise with the release of his sophomore studio album, Always Strive and Prosper and “New Level,” his duet with Future that also serves as his highest Billboard-charting single to date. The A$AP Mob member admits he doesn’t exactly have a plan carved out for his third studio album, which is fine, seeing he’s set to globetrot this fall on his own Turnt & Burnt Tour alongside Playboi Carti and Rob Stone.

Hailing from the Rotten Apple, watching Ferg’s excitement on stage evokes feelings of his contemporaries such as Method Man and Redman or even Busta Rhymes, a comparison the “Dump Dump” creator doesn’t mind embracing.

“That’s the school where I come from,” he says. “Those are my teachers. Whenever you see me on stage, you might see me Redman or Method Man or Busta Rhymes or these artists in me because that’s who I grew up watching. DMX! He can turn up an entire 60,000-people crowd without production and all the bullshit behind him. He’d have people crying and all that shit!”

With another project titled Still Striving on the way, it’s clear Ferg isn’t standing in anyone’s shadow and doesn’t cocky over his accomplishments. But just how accomplished is he?

“I did make it to a certain extent. Financially, I’m straight,” he explains when asked on whether or not he fills positioned within any Hip Hop hierarchy. “I’m able to support myself, my family and my friends. I made it in that way. I’m climbing to these new levels. That’s the nature of the game. You have to keep your foot on their neck.

A sense of fervor lingered in the Hangar’s air following the barrage of Thursday’s rap wave and it was bolstered by the next set of DJ’s who were adept in the realm of electronica who still knew their Hip Hop.

South Florida DJ/producer Nick León hit his mix out the gate, literally setting the stage for Red Bull Sound Select artist Tennyson, who paved the way for Cashmere Cat, who rocked out a mysterious ambiance on stage as he blended trap, EDM and rap bangers more effortlessly than any “smart playlist.” It was concrete evidence than human beings can still trump algorithms any day of the week, especially when one of those days fell on a Labor Day Weekend in Miami. The Norwegian-born producer is aiming for the global charts, fresh of the release of his “Wild Love,” the titular single to his new album, which features The Weeknd and Francis and the Lights.

Seeing that the R&B portion was the anchor for 3 Days in Miami, one may expect for things to have ended on a deflating note. Gauging from the crowd reaction, that obviously wasn’t the case. What the artists’ catalogs may have lacked in 808s and trap snares, they easily compensated for in rhythmic vocals and unyielding stage presences. Resident artist Steven A. Clark did a bang-up job creating the vibe for AlunaGeorge, wowed the crowd with fan favorites such “Attracting Flies” and impenetrable closer, “You Know You Like It” but it could have arguably been Xavier Omar’s night.

The Texas-based singer (who formerly performed under the moniker SPZRKT) has been organically building a buzz for himself off the strength of his Soundcloud selections, which offers no-frills R&B grooves in a climate where the weirder is often deemed the better.

Or as blunt critics may put it, when traditional R&B as we know it, is supposedly dead.

“I’m just coming from a very real spectrum of what I believe and what I think that I feel,” Omar tells HipHopDx as he prepped for his set that would eventually gain rave reviews from the attendees. “And that’s one of the reasons I think people feel nostalgic about older R&B is that guys would really talk about their feelings. Dudes would be on their knees in the rain singing ‘Baby, come back’ and there were a lot of ‘Nay-hoo’s’ at the beginning of every song – just ridiculous music,” he admitted with a huge grin and a chuckle. “But it was very honest. I think it’s missed because it was a lot more respectful. Everybody is nonchalant now. Nobody is texting [that girl] back anymore. I think it’s just refreshing to have that type of music and it’s not just a ploy. It’s continuous, it’s consistent throughout my career since I started and I think people see that honesty and are latching on to it when they discover my music. So yeah, R&B will be alive with me.”

“I did this event in May of 2015 with All Def Digital and Samsung [Milk Music] called Emerge. They had five up-and-coming artists where they picked the artists they liked the most out of this 52-week contest and then had Travis Scott headline it to bring everybody out to come see these new acts. We do that show and we only 15 minutes to make it short, sweet and to kill it. I do my set and kill it; everybody loves it and there’s Russell Simmons. And gives me a big hug and he tells me, ‘I love what you’re doing. You’re gonna be great,’ gives a big smile and then hugs me again. And then he gets on stage and then he leaves.

There’s more to go in the show — he left. Maybe that’s all he wanted to see or he had more to do. We’re just going to say that’s all he wanted to see (Laughs). That was a moment. When Russell Simmons takes the time … on all accounts, he’s not very touchy-feely … so when he takes the time to offer up encouragement, you gotta go for it. Because he’s seen all the talent in the world. You cannot quit. Russell liked you. So that was the moment for me.”