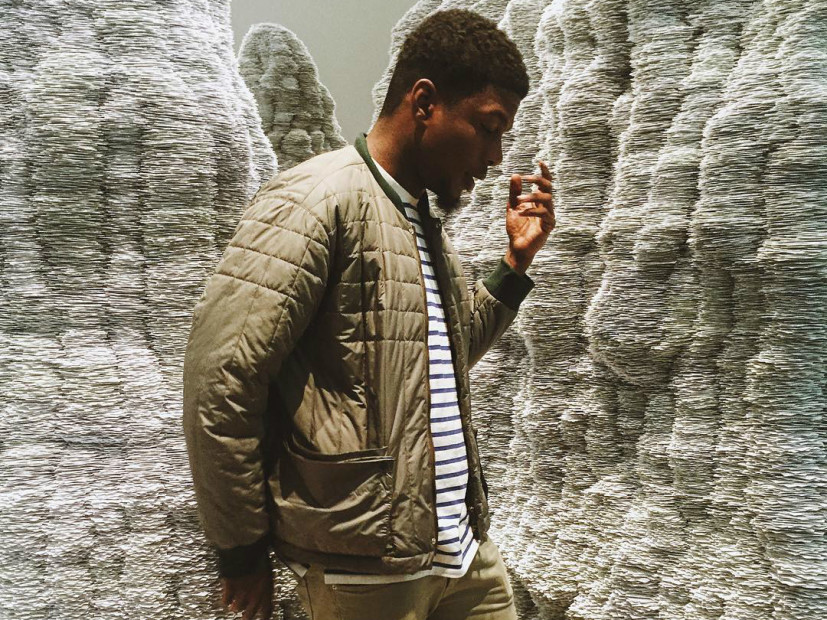 Mick Jenkins Is Spreading Love With "The Healing Component" LP

Chicago rapper Mick Jenkins has released his debut LP, The Healing Component, which features guest spots from Toronto instrumentalists BADBADNOTGOOD and R&B singer/producer theMIND, among others.

His mood upon its release? This, apparently.

Stream the album below or buy it on iTunes.

Mick Jenkins has released the tracklist for his debut LP, The Healing Component.

The album, due out September 23, is said to be made up of 15 tracks including the single “Spread Love” produced by Sango. Additional production comes from THEMpeople, Kaytranada and Dpat. Features come from theMIND, Ravyn Lenae and jSTOCK.

The Healing Component comes after the Chicago rapper had a run of successful mixtapes, including the Wave[s] mixtape in August and 2014’s The Water[s] project.

Check out Mick Jenkins’ The Healing Component tracklist below.

Mick Jenkins announced the release date for his debut album, The Healing Component, today (August 17) along with gracing fans with a new single, “Spread Love.”

The LP is scheduled to drop September 23 and the Chicago rapper will be touring to promote his new music. “A Quest For Love Tour” will be a partnership with Red Bull Sound Select and hit 12 cities across the country this fall.

Jenkins announced the completion of this album back in April and has kept fans on their toes since.

The Healing Component comes after a run of successful mixtapes, including the Wave[s] mixtape in August and 2014’s The Water[s] project.

Jenkins has been featured on other projects this year, including fellow Windy City rapper Supa Bwe’s Dead Again 3.

Check out Mick Jenkins’ announcement for the release date of The Healing Compenent and his dates for “A Quest For Love Tour” below.