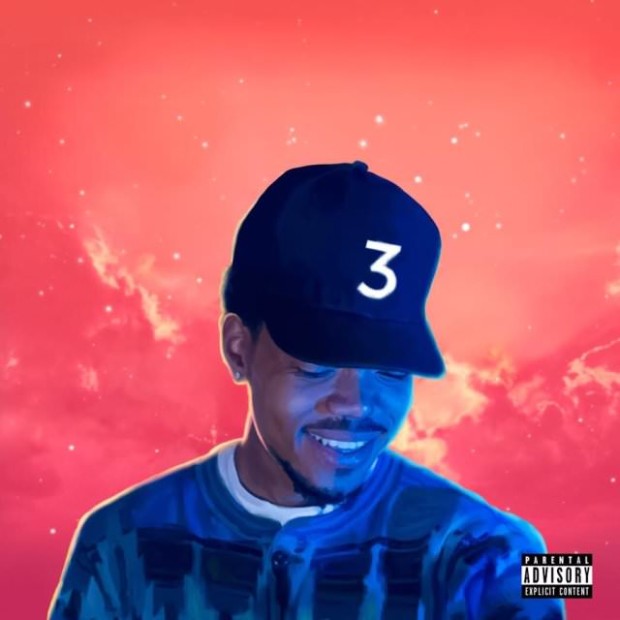 On the cusp of becoming a household name, Chance The Rapper has glided towards stardom almost exclusively from an online buzz that’s just begun gaining real world traction. Going against the grain naturally, his nearly mystic rise hasn’t relied on typical career boosting crutches: Chance’s songs have generally been devoid of Auto-Tune and absent from radio rotation or nightclubs, he’s never inspired a trendy dance craze, yet he’s amassed a loyal following determined to see these differences bear fruit. Arguably the face of Chicago Hip Hop’s present momentum, his impact has given voice to a conflicted generation whose psyche is at war; adolescents and young adults influenced by Kanye West’s ingenious innovation with a bleak firsthand view of the low life expectancy Chief Keef popularized.

Since starting to rap professionally while fresh out of puberty, Chance The Rapper has become an open book unafraid to deal with his growing pains publicly. A most humble and charitable figure for the Windy City, if comparisons to Kendrick Lamar aren’t inevitable, they’re readily abundant. Two sides of the same coin using their voices in tandem with live instrumentation, the rageful angst from Compton’s “good kid” is the yin to the yang of Chance’s lighter and more subdued panic. Another commonality arises as they’ve both pushed the envelope creatively to explain the pressures of their gang-ridden environments without begging for acceptance from greater society. On a more rebellious note, the pair have managed to fit in while wedging personal responsibility in a youth driven culture that leans towards shirking progression.

Making thematic cover art for each release, 10 Day represented Chance The Rapper’s cautious and hopeful beginnings, Acid Rap could be interpreted as fear in the face of the storm, and Coloring Book is a clever smile of contentment. Foreshadowed by The Life Of Pablo’s “Ultralight Beam,” the bulk of the project celebrates his faith and how far it’s quickly brought him up the rap game’s ladder. Early previews came by way of “Blessings” premiering on Jimmy Fallon’s stage recently and “Angels” being done on Stephen Colbert’s show last year. The two unabashedly Christian songs respectively explain his grassroots approach of giving away music, as he says “I don’t make songs for free, I make ‘em for freedom” and “I’m still at my old church, only ever sold merch.” Album opener “All We Got” is a triumphant praise session where Chance modestly flexes his good fortune including being a new father. With the aid of frequent bandmate Donnie Trumpet, he employs a Sunday morning preacher’s style of building up to an explosive outburst, as Kanye and the Chicago Children’s Choir bring things full circle from the protégé’s greatest exposure to date just three months ago.

Acid Rap was Chance The Rapper’s instantaneous breakthrough with features including Ab-Soul, Childish Gambino and Action Bronson, rising peers who were in sync with his left-field niche. Coloring Book attempts reinventing the wheel not only with a heavier emphasis on God, but our protagonist taking noticeable risks walking amongst Hip Hop’s supposed sinners much like Jesus did. Upon a first listen, “No Problem” is off-putting given Chance’s awkward flow most reminiscent of Young Thug’s widely debated spontaneity (not to mention a flashy appearance by 2 Chainz and Lil Wayne’s standard codeine-addled lack of substance). The song grows to be catchy upon multiple spins, but this effect isn’t replicated as linguistic acrobat Young Thugger himself and quirky newcomer Lil Yachty contribute little worth to “Mixtape,” one of Coloring Book’s dullest moments. A surprising highlight comes by way of trap rhythm meeting heavenly melodies on the smooth yet rousing “Smoke Break”, where Future’s performance sounds almost palatable as opposed to his well renowned erratic means of turning up. This curveball is indicative of Chance’s capacity to shape the culture at his will, whether he plays these reindeer games to bridge gaps for the genre or simply capitalize on his growing fame.

Refusing to be boxed into preconceived notions, Chance The Rapper is not only adjusting the paradigm for independent business, his presence has the potential to save the minds and lives of endangered Chicagoans. A sequel of sorts to last year’s less memorable compilation Surf (namely its single “Sunday Candy”), Coloring Book further reflects his liberty to create as he pleases. “Finish Line/Drown” admits to a prior harmful Xanax addiction as Chance sprints towards salvation. After this confessional the two-parter transitions from Hip Hop completely into gospel, as devout holy roller Kirk Franklin takes the baton from him to pray on wax together for a second time in 2016.

As a mix of the secular and spiritual worlds, Coloring Book is sure to perplex Chance The Rapper’s fickle fans and satisfy the more adventurous open to being thrown for a loop. Rather than cheap ploys to cross over, the questionable collaborations are more likely calculated concessions with the intent of sneaking his evangelical message to a greater audience. After the communion cup runs empty, Chance proves himself worthy of hero worship by subtly and subversively overthrowing the commercialized horrors of his town’s violent drill movement.