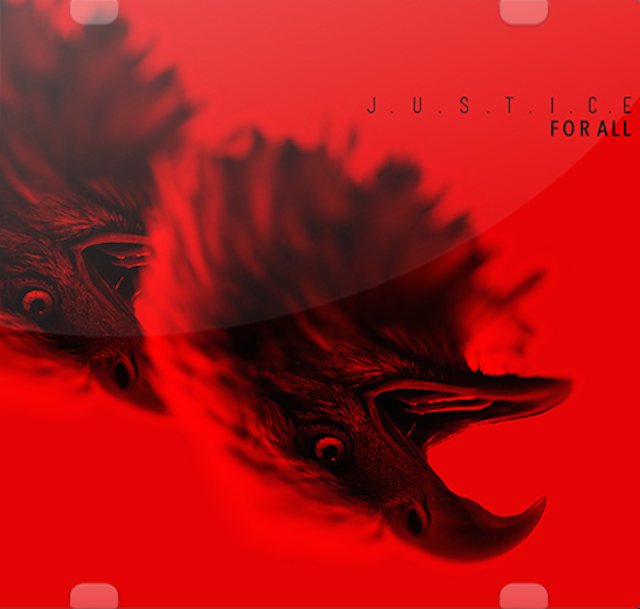 HipHopDx had a very good reason naming J.U.S.T.I.C.E. League among the 2000’s best producers. Besides being responsible for giving Rick Ross some of the most grandiose beats of his career through his “Maybach Music” series, the Florida-based production trio has run the rap gambit. These musician’s styles ranges from contemporary alternative rappers including Chance The Rapper and iconic veterans like Nas to more mainstream radio friendly artists similar to 2 Chainz or Chris Brown. The sultry unknown female production tag opening every J.U.S.T.I.C.E. League production aren’t the only signature points  from Rock, Colione and Barto’s beats, but anthemic bangers with vibrant colors as well. Then there’s their signature quality; something missing from their debut compilation album J.U.S.T.I.C.E. For All.

Listening to album opener “Empire” featuring Rick Ross and Drake gives safe indication on how much shelf life each track had. While the J.U.S.T.I.C.E. League are in fine form in all their cinematic glory, Rozay’s Deeper Than Rap era bars feels just as phoned in as Drizzy’s questionable Thank Me Later rhymes. “Empire” seeing the light of day is confusing  as the two have had significantly better collaborations with one another using something like “Aston Martin Music” for example. There are a few bright spots between J.U.S.T.I.C.E. League and Ross in the Anthony Hamilton guested “Icons” which sounds more like the introspective Miami superstar rapper that many have become accustomed to. The Kevin Gates assisted “Roaming Around” really displays how well J.U.S.T.I.C.E. League is at bringing out the best in artists attached to.

Most of J.U.S.T.I.C.E. For All’s most disappointing moments revolve around Future. Hearing Hip Hop’s current Trap King on anything not revolving around 808 Mafia, Southside or Metro Boomin sounds like a missed opportunity at the moment. The more intimate drug filled antics of Future Hendrix just doesn’t fit on tracks including the Rick Ross added “Then I Leave” and solo venture “Substitute Everything.” The surprise of hearing Lupe Fiasco and Atlanta’s biggest sensation on “No Problems” feel like pure novelty once the shock of such a collaboration wears off. Even R&B moments with R. Kelly and Chris Brown feel like discarded first drafts than anything with potential. This is where the glaring problems of J.U.S.T.I.C.E. For All feel more apparent.

How exactly would each track fit when placed individually on each guest’s albums? The answer becomes not very well. Makes sense as to why these tracks weren’t’ even released in loosie form. That’s simply because they’re not that good. The J.U.S.T.I.C.E. League spent years holding on to these tracks while providing bangers after bangers all these years is a testament to the quality control of themselves and artists associated with them. J.U.S.T.I.C.E. For All is the type of project that makes one appreciate their other production a lot more. While looking toward their inevitably successful future, the three-man production squad would have been better off leaving these in the past.