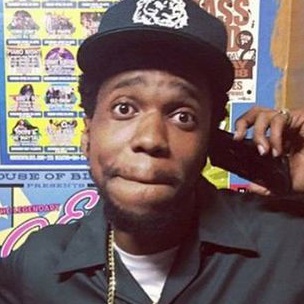 New Orleans, LA – Due to Curren$y’s “How High” record sharing some of the same elements as R. Kelly’s “Did You Ever Think,” the rapper says Kelly wanted 100 percent of his song.

While speaking with DJ Smallz Eyes, New Orleans, Louisiana rapper Curren$y recalled creating his “How High” record with Lloyd. He explained that the song did have elements of R. Kelly’s “Did You Ever Think,” but was more of a nod to the Trackmasters-produced song.

“That record is super important to me,” Curren$y said while speaking on “How High.” “And I’mma say that for a few reasons. When I was with Young Money, me and Lloyd was tight…I reached out to Lloyd because I had recorded—I wrote a hook that was—It had elements of ‘Have You Ever’ [‘Did You Ever Think’], which was R. Kelly and it was produced by Trackmasters. And Nas was on that record…I played everything different, but it was in that order. And this is rap, where shit like that is understood as a nod to ‘That was a dope record.’ So, I really thought that was gonna be fine.”

Later in the interview, Curren$y expressed his shock at R. Kelly wanting 100 percent of “How High.” Despite the issue with Kelly, the rapper explained that singer Lloyd helped save the day with his addition to the song.

“R. Kelly wanted 100 percent of the song,” he said. “Everything. Everything. Like he wrote the verses and everything. And it’s like ‘Yo, man, I really liked ‘I Believe I Could Fly.’ I really liked the Batman song. The Gotham song.’ I like all that stuff, man. The stuff he did with Sparkle. Shit’s fuckin’ remarkable. But I’m just trying to do my thing. As you were doing your thing. Why would you want 100 percent of mine? When the part I’m using is the part that I’m pretty sure the Trackmasters wrote…I wasn’t singing. I didn’t do none of the part that you did…But Lloyd saved the day…He sent back something that I needed. And you don’t know what you need until damn near until you see it.”

Video of Curren$y speaking on R. Kelly wanting 100 percent of “How High,” can be found below.