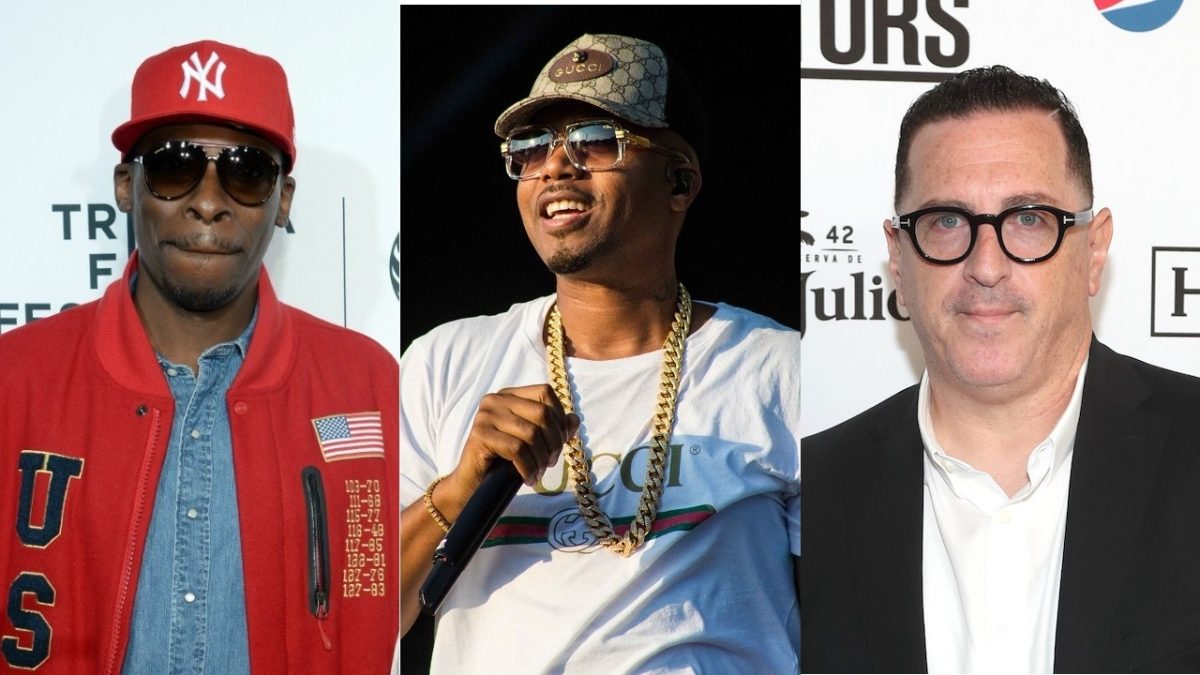 Nas has used his latest album to address a multitude of controversy from his past, including a lawsuit from Pete Rock and the sale of some of his catalog by MC Serch.

“30” hears Nas express how surprised he was by the legal move, rapping: “I wonder why Pete Rock would act like that/ That type of behavior make me give rap right back.”

While its unclear whether he moved forward with the planned lawsuit, Pete Rock originally alleged that he had never been paid his share of royalties for the classic single, “The World Is Yours.”

He and his attorneys claimed despite a contract stating the producer would get a cut of the money made off the track and Pete Rock being cut out of millions in royalties, their attempts to settle the issue have yielded no response from Nas and his team.

“Nas and his people have stonewalled me since 1994; My New Year’s resolution is to be compensated for my hard work on Illmatic,” Pete Rock said at the time.

“The World Is Yours” was the only Illmatic track to get a gold plaque from the Recording Industry Association of America. Pete Rock produced and received songwriting credit for the song, which has since been sampled by the likes of JAY-Z, Eminem, Rick Ross, Lil Wayne, and the late Mac Miller.

“30” — which on its hook references the “30 summers” that have passed since Nas’ debut single “Halftime” — is one of several instances on King’s Disease III in which Nas casually alludes to rumors and controversial moments that have been a topic of discussion in his career.

The track also includes a vague confirmation that fans may see him deliver a collaborative project with DJ Premier. Word of a Nas and DJ Premier album got around after the two friends mentioned wanting to do it during an interview with Scratch in 2007.

Years would go by, and nothing materialized besides Preemo promising that it would come out in various interviews.

Elsewhere on King’s Disease III, the song “Thun” — a nod to the Queens, New York slang popularized by the late Prodigy of Mobb Deep — hears Nas turns his attention to his bitter conflict with JAY-Z and marvels at how far they’ve come, admitting he sometimes texts Hov joking about how their rivalry “ain’t over.”

Closer to the end of the 17-track album, Nas namedrops MC Serch, with a line that seems to indicate he bears no ill will towards his former manager’s recent decision to sell his rights to Illmatic and It Was Written.

Serch, who helped Nas land his deal at Columbia Records, served as the executive producer on Nas’ first two albums, which arrived in 1994 and 1996, respectively.

King’s Disease III marks the fourth collaboration between Nas and award-winning producer Hit-Boy. It also closes out a trilogy which started in 2020 with the album that would earn the prolific MC his first Grammy Award in 2021.

King’s Disease and King’s Disease II were bolstered by high profile features, including a reunion with AZ, Cormega and Foxy Brown as The Firm on “Full Circle” on the first offering; and Lauryn Hill’s appearance on “Nobody” on the sequel.

The latest album, however, finds Nas delivering every bar unassisted.