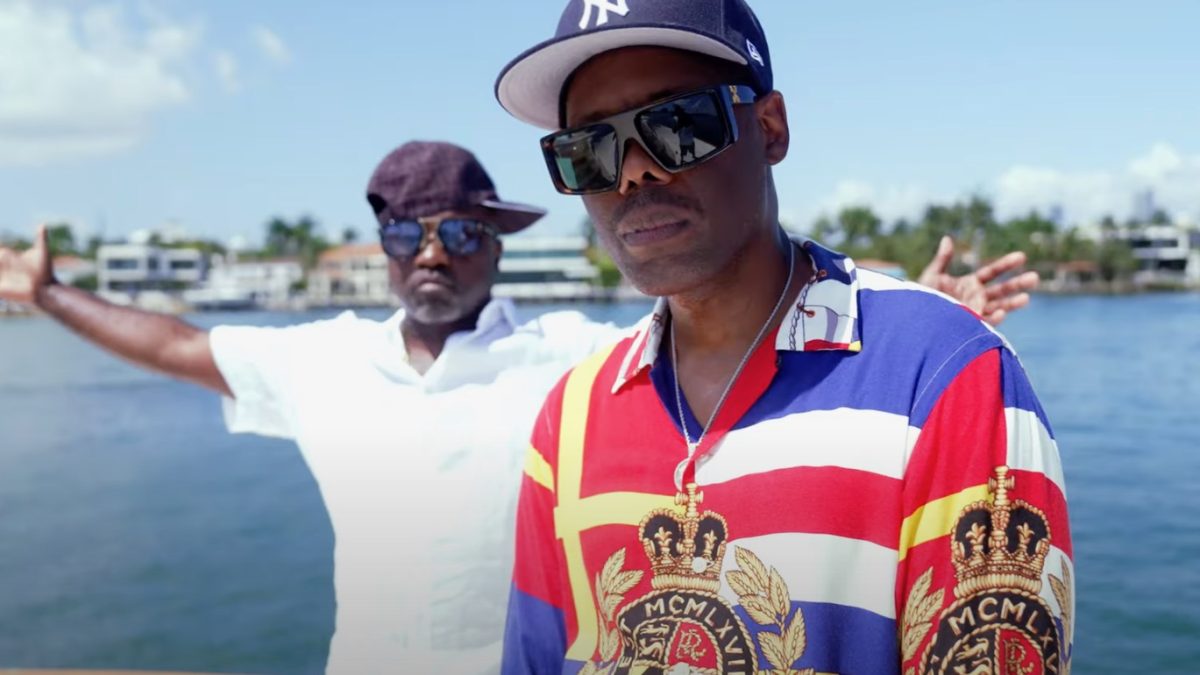 Cormega and Havoc have teamed up on a new track, and in the song’s video the pair jet off to Miami to enjoy the spoils earned from their respective careers.

Taken from Cormega’s new album, The Realness II, “Paradise” is the rapper’s latest track to get the visual treatment following last month’s “Essential,” which Havoc was also involved in from a production standpoint.

In the video for “Paradise,” Cormega and Havoc board a flight to Miami to yacht through the Magic City’s beautiful waters as they share verses about the importance of keeping things real, and not being captivated by illusions of luxury.

You can check out the Oz-directed clip below:

Speaking to HipHopDX around the release of the album, Cormega explained how he and Havoc came to collaborate on “Essential.”

“I think most of the credit for that belongs to Havoc, because that beat just does something,” Cormega said about the Mobb Deep rapper and producer. “That beat is amazing. And that has a nostalgic feel. The thing I love about that beat, it has a nostalgic feel yet it has a modern feel too. So it doesn’t feel like, ‘Oh man, he’s trying to redo such and such.’ I just wanted to tap into that part of me that made people gravitate towards me when I made The Realness.

“So I started really taking evaluation of the songs that people really liked and I knew how it had to come, so when I got that beat, that beat just … I knew I had to come up with some heaviness on there, and I said I want to drop jewels on it but I also wanted to give people the street n-gga because that’s another thing.”

Cormega then went on to talk about the connection between an artist’s environment and the music they make.

“I always tell people, art is a reflection of their environment, and so I’m not the same person that was in the street like that,” Cormega told DX. “I’m a different person. I’m a father, I’m a businessman. I’m many other things but the mindset and all the stuff that I’ve been through, I’ve seen so much and experienced so much that I could write about that any time.

Havoc Recalls Losing To Nas In Rap Battle: ‘It Was Not Fair’

“So the music and their words was a perfect marriage, but I also, especially in this day and time, I wanted to have something that people could gravitate to and get jewels from and I wanted to make … the whole album was for people from my generation and the generation a little before me. The people that really, when they first heard Hip Hop, they fell in love with it.”

Meanwhile, Havoc’s luxurious lifestyle has been helped on in recent years thanks to the royalties he continues to receive from his and late rhyme partner Prodigy’s music being featured in Eminem’s movie 8 Mile.

The Queensbridge-bred producer and lyricist said he was “taken back” when he first saw the iconic scene of Em’s B-Rabbit character freestyling over Mobb Deep’s “Shook Ones” instrumental in the 2002 film.

“I mean I was really taken back because I didn’t even know if Eminem was a fan,” Havoc told DX on the BET Hip Hop Awards red carpet. “So to hear that, I found out he was a fan and then the cha-ching sound went off in my head. It bought this Fendi sweater.”

Mobb Deep’s Prodigy passed away from complications due to sickle-cell anemia in 2017. His first posthumous release, The Hegelian Dialect 2: The Book of Heroine, dropped on September 30. The project serves as the follow-up to 2017’s Hegelian Dialectic (The Book of Revelation) and will be followed by a third installment, The Book of the Dead, in 2023.

Havoc also confirmed over the summer that he’s producing a new Mobb Deep album. “I got the Mobb Deep album that I’m working on with a bunch of unreleased Prodigy verses,” he told Rock The Bells in August, calling it a “full circle moment.”

“The way LL [COOL J] crafted and put this thing together, I don’t think nobody else could have,” he said. “LL is a Queens general, salute to him, of course, he would put a production of this magnitude together and include your favorite MCs and producers.”