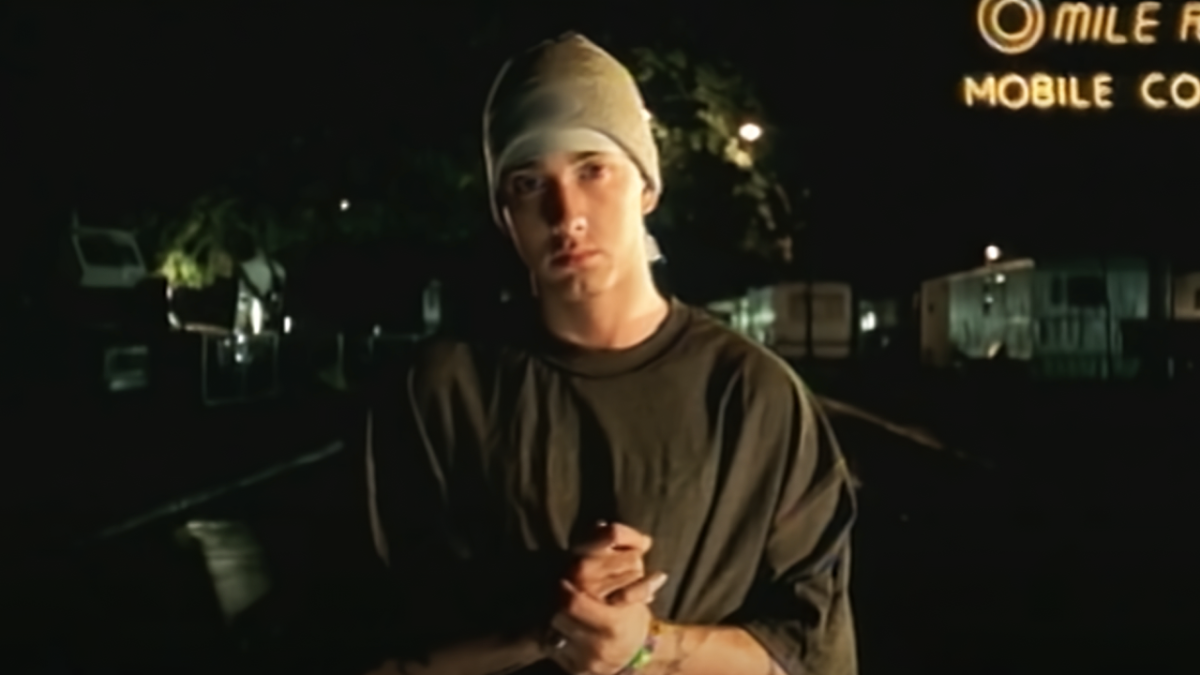 Eminem is releasing a deluxe edition of his 8 Mile soundtrack to commemorate the 20th anniversary of his classic battle rap movie and accompanying album.

The Detroit rap icon revealed the news on social media on Wednesday (October 26), sharing the release date for the reissued album — October 28 — along with a video montage of scenes from the 2002 film.

Neither Eminem nor his label, Shady Records, have revealed which new songs — if any — will appear on the expanded edition.

Released on November 8, 2002, 8 Mile marked Eminem’s first lead acting role in a movie and centered around a semi-biographical retelling of his Detroit upbringing and origins as a battle rapper.

Also starring Mekhi Phifer, Kim Basinger and the late Brittany Murphy, the film has grossed more than $240 million worldwide and remains one of the highest-rated Hip Hop movies ever made.

Its accompanying soundtrack, 8 Mile: Music from and Inspired by the Motion Picture, arrived on October 29, 2002 and boasted original music from Hip Hop heavyweights like JAY-Z, 50 Cent, Nas, Rakim and Gang Starr.

The album is best remembered for Eminem’s contributions, though, with “Lose Yourself” becoming the first rap song to win Best Original Song at the 2003 Oscars. It also won Best Rap Song and Best Male Rap Solo Performance at the 2004 Grammy Awards, while earning Em his first No. 1 on the Billboard Hot 100 chart.

“Lose Yourself” has since been certified 13x platinum by the Recording Industry Association of America (RIAA), while the 8 Mile soundtrack itself is currently 4x platinum.

In a recent interview with HipHopDX, Havoc, one-half of Mobb Deep — whose 1995 hit “Shook Ones (Part II)” soundtracked the famous B-Rabbit (Eminem) vs. Papa Doc (Anthony Mackie) rap battle scene in 8 Mile — revealed the royalties from the film are still paying off handsomely.

“I mean, I was really taken back because I didn’t even know if Eminem was a fan,” Havoc said on the red carpet of the 2022 BET Hip Hop Awards in Atlanta, Georgia. “So to hear that, I found out he was a fan and then the cha-ching sound went off in my head. It bought this Fendi sweater!”

8 Mile isn’t the only Eminem project celebrating a major milestone this year. In June, his blockbuster third album, The Eminem Show, also turned 20.