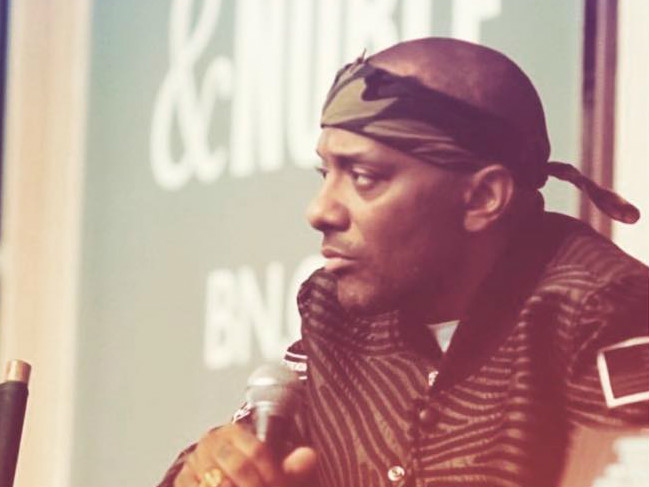 The title of the album comes from German philosopher G.W.F. Hegel who explored the oppositions of subjects instead of people, as the Greek school of thought taught.

On Instagram, the Mobb Deep rapper further shared the concept of the album, calling it “name brand intelligent gangsta shit” in a post with a clip for “Tyranny” and a joke about Donald Trump’s presidential campaign slogan.

#HegelianDialectic part 1 is out now. Hit the link in my bio. Support this name brand intelligent gangsta shit. #MakeAmericaGreatAgain

Hegelian Dialectic: The Book Of Revelation is made up of 14 songs, including the single “Mystic,” which dropped back in July.

Last year, Prodigy was busy touring with his Commissary Kitchen: My Infamous Prison Cookbook. The book was banned in the California corrections system.

Prodigy’s Hegelian Dialectic: The Book Of Revelation stream, cover art and tracklist are below.