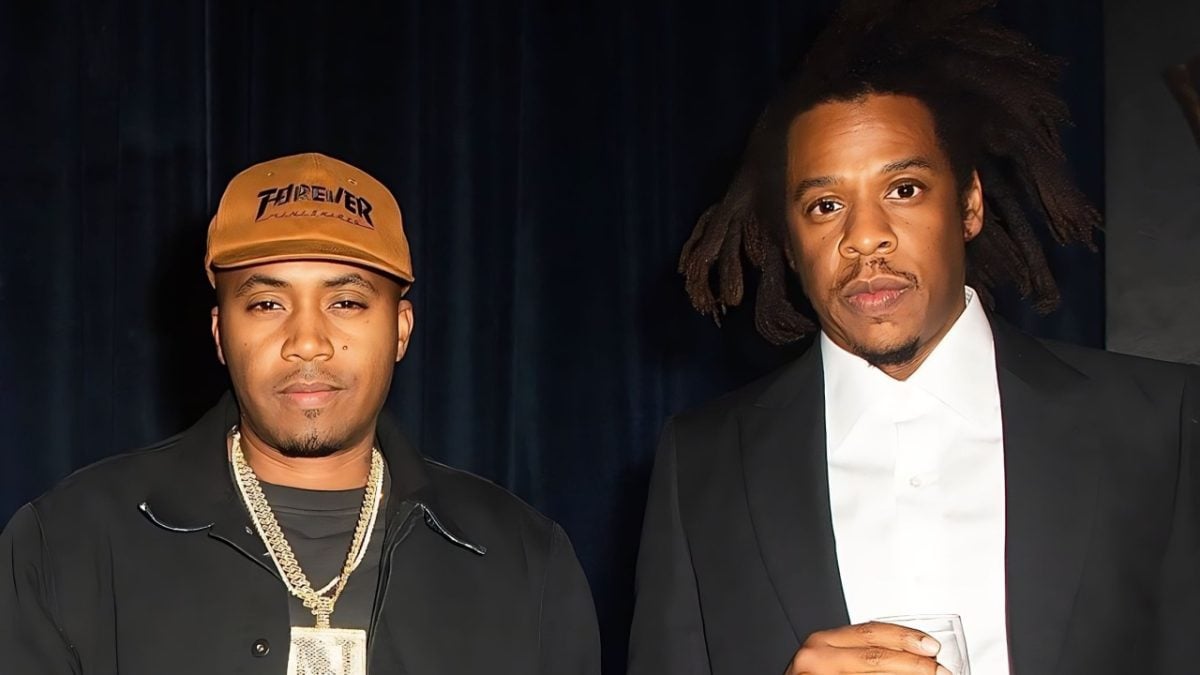 Nas has revisited his past beef with JAY-Z on his new album King’s Disease 3, revealing they sometimes joke about their feud over text.

While the project marks the opening of yet another chapter in Nas’ illustrious career — not to mention his prolific partnership with multi-platinum producer Hit-Boy — KD3 finds the legendary MC in a reflective mood throughout.

On “Thun” — a nod to the Queens, New York slang popularized by the late Prodigy of Mobb Deep — Nas looks back on his early days dreaming of covering The Source while trying to navigate the street life with his “thoroughbred” crew.

Halfway through his verse, Esco turns his attention to his bitter conflict with JAY-Z and marvels at how far they’ve come, admitting he sometimes texts Hov joking about how their rivalry “ain’t over.”

“No beef or rivals, they playing ‘Ether’ on TIDAL / Brothers can do anything when they decide to / In a Range Rover, dissecting bars from ‘Takeover’ / Sometimes I text Hova like, ‘N-gga, this ain’t over,’ laughing,” he raps over mafioso production that evokes earlier albums like It Was Written and The Firm.

Nas and JAY-Z have certainly come a long way since warring on diss songs like “Takeover” and “Ether” — as well as “Supa Ugly” and “Last Real N-gga Alive” — in the early 2000s.

After formally reconciling on stage during Hov’s I Declare War Tour stop in New Jersey in 2005, the New York giants have collaborated numerous times on tracks like “Black Republican,” “Success” and, most recently, DMX’s “Bath Salts” and DJ Khaled’s “Sorry Not Sorry.”

As Nas revealed in a FaceTime call with JAY-Z that was shared on Instagram by Khaled last year, the latter song brought out his competitive side.

“Alright, I’m just here tweaking lines and shit,” he told his former foe over the phone. “I’m in here, curating, rewriting four bars here and there … Oh, no no no. I gotta come back! [Laughs] Yo bro, this is one. The queen at the end, the harmonies, that gave me chills … this is definitely one for the books.”

Ahead of the collaboration, JAY-Z even paid homage to Nas by curating a TIDAL playlist highlighting some of his finest lyrical performances, including “N.Y. State of Mind,” “One Mic” and “Made You Look.”

Fans have long clamored for Nas and JAY-Z to rekindle their rivalry in a Verzuz battle, which would make for arguably the biggest match-up in the series’ history. According to former Roc-A-Fella rep Memphis Bleek, however, the contest wouldn’t be a close call.

“There’s no comparison,” he claimed in a Bally Sports interview last year. “Because Nas doesn’t have enough songs to compete. And it’s no disrespect to him but, he just don’t. Jay can battle somebody with just his B-Sides concert catalog, and it’ll still be better than people’s A-Sides.”

King’s Disease 3 arrived on streaming services on Friday (November 11) and features 17 new songs. It serves as the third installment in Nas and Hit-Boy’s acclaimed trilogy, which began with the Grammy-winning King’s Disease in 2020, and follows last year’s surprise drop Magic.