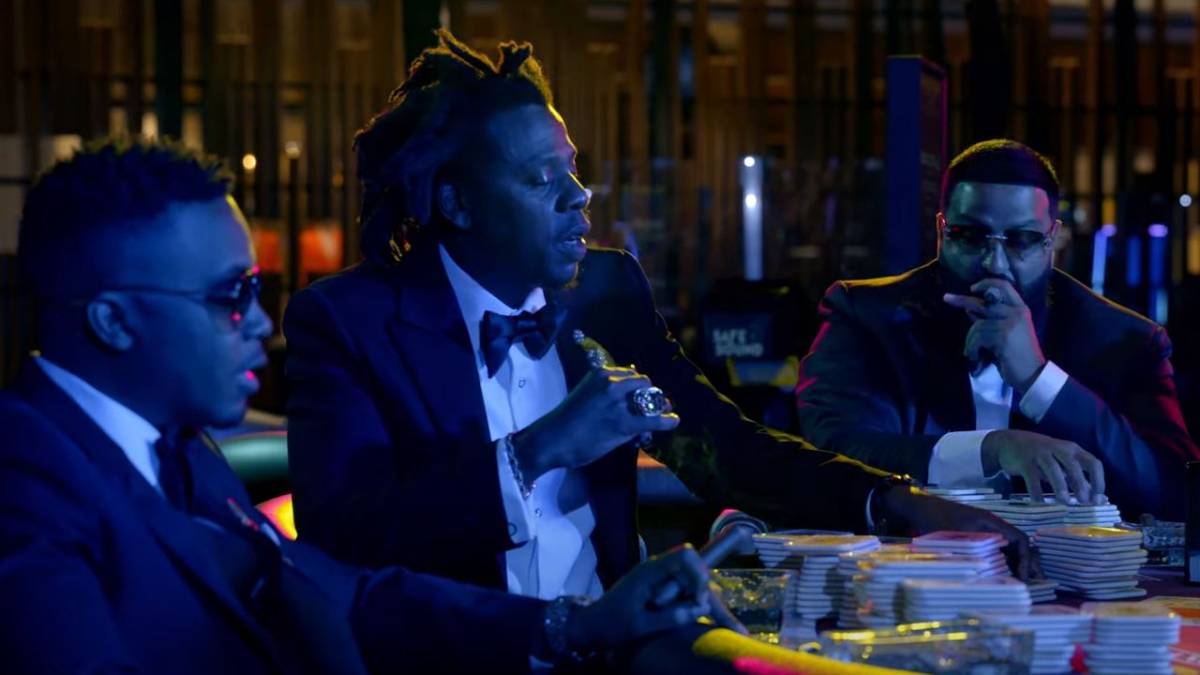 Khaled wisely capitalized off the buzz and shared a behind-the-scenes moment on Instagram when Nas and Hov had a little FaceTime action in the studio. During the conversation, Nas jokes hearing JAY-Z’s bars made him want to revise his own.

“Alright, I’m just here tweaking lines and shit,” he tells JAY-Z with a smirk. “I’m in here, curating, rewriting four bars here and there … oh no no no. I gotta come back [laughs]. Yo bro, this is one. The queen at the end, the harmonies, that gave me chills … this is definitely one for the books.”

JAY-Z, who is nothing but smiles, nods his head and says, “Now that feels good. It feels great.”

But according to DJ Khaled’s caption, Nas didn’t actually rewrite anything.

“JAY and NAS on one record has been a lifelong dream! And I’m so glad it happened the way it did!TRUE brotherhood! Amazing energy! And love! God was in the booth, on set, and all over this ALBUM! By the way no lines were changed it was PERFECT and BEAUTIFUL. I hope this inspires everyone to come together, celebrate each other and to be the LIGHT!”

“Sorry Not Sorry” elicited some strong reactions across social media, in particular Nas’ line about being “cryptocurrency Scarface.”

“‘Til we all on, never fall off, hear a boss talk, you don’t hear me?” he spits. “That’s your loss. Winner in life, fuck a coin toss, I’m coin-based, basically cryptocurrency Scarface,” alluding to his significant investment in the cryptocurrency platform Coinbase. Many felt the line was lazy with former HipHopDX Editor-In-Chief Justin Hunte tweeting, “‘Cryptocurrency Scarface’ is the corniest flex of Nas’ career.”

The “Sorry Not Sorry” video has still managed to amass over six million YouTube views since its Thursday (April 29) release. Check it out below.