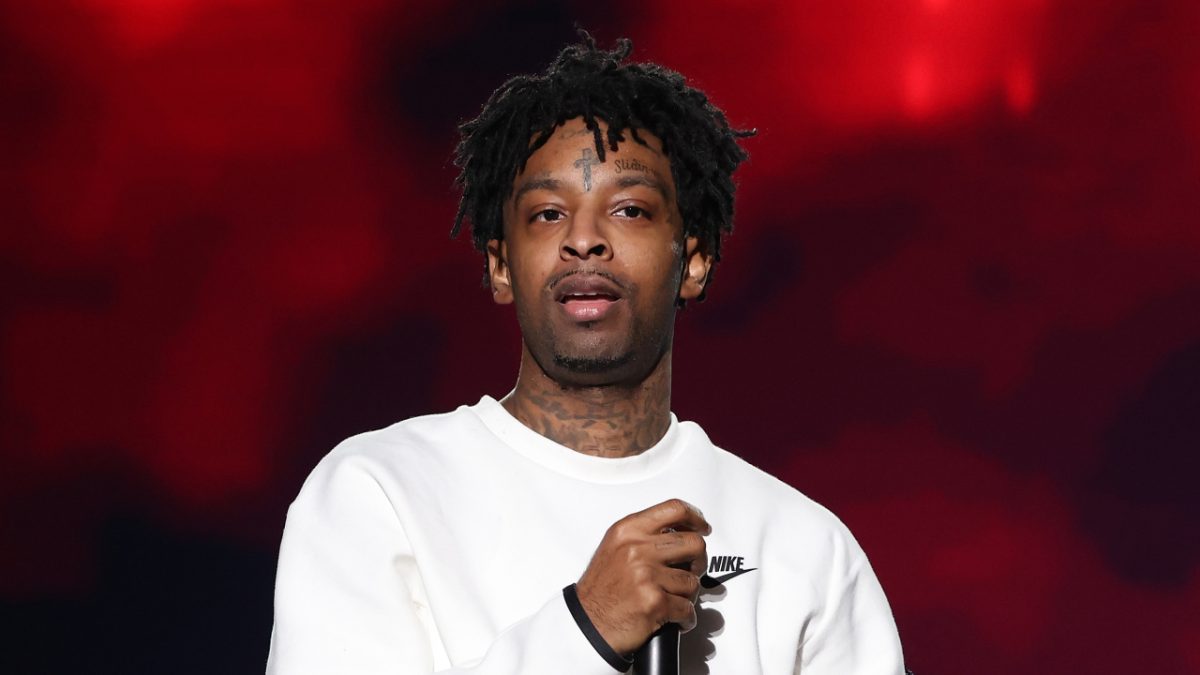 21 Savage believes nobody from his 2016 XXL Freshman class could beat him in a Verzuz battle.

The Atlanta rapper made the bold claim in a recent Clubhouse session, displaying Teflon confidence while discussing his chances against his Freshman classmates in Swizz Beatz and Timbaland’s popular battle series.

“Nobody from that Freshman cover [could] beat me in no Verzuz,” he declared. “Nobody.”

Other people on the Clubhouse call suggested Lil Uzi and Kodak would provide tough competition for 21 Savage, but the Slaughter Gang boss held firm in his belief that he’d cruise to victory.

“So, you could beat Lil Uzi?” one person asked, to which 21 replied without hesitation: “Hell yeah.”

21 Savage has certainly made his mark since appearing on the Freshman cover in June 2016. The British-born rapper has appeared on over 60 Billboard Hot 100 hits, including two No. 1 singles: the diamond-certified “Rockstar” with Post Malone and “Jimmy Cooks” with Drake.

He’s also released four projects that have cracked the top five on the Billboard 200, including the chart-topping I Am > I Was and Savage Mode II with Metro Boomin. He has two platinum albums under his belt with 2017’s Issa Album and 2018’s I Am > I Was.

Despite 21 Savage’s self-belief, Lil Uzi Vert and Kodak Black are no slouches when it comes to the hits either. Baby Pluto has pumped out crowd favorites like the 7x platinum “XO Tour Llif3,” “Money Longer” and “You Was Right,” while appearing on Migos’ chart-topping “Bad and Boujee.”

Yak’s catalog, meanwhile, includes the multi-platinum “Tunnel Vision,” “ZEZE” and “Lockjaw,” as well as “Super Gremlin,” one of 2022’s most enduring rap records.

21 Savage Suggests He’s The Best Rapper From The UK

21 Savage has yet to step into the Verzuz arena, but has been challenged in the past by Foogiano. The Gucci Mane signee challenged 21 to a battle after he called for city-against-city contests, but was swiftly swatted away.

“I swear I can beat Jacksonville by myself, bruh,” 21 Savage bragged before Foolio pointed out the rappers in the Florida city are just getting started. “Y’all is,” 21 added, “but I’ll beat y’all by myself, though. Facts.”

21 Savage’s Verzuz claim comes just days after the release of Her Loss, his new joint album with Drake. The project has caused quite a stir thanks to Drizzy’s spree of subliminal disses, with Megan Thee Stallion, Kanye West, Ice Spice, DRAM and even Serena Williams’ husband being caught in the firing line.

Drake’s poison pen appears to have only heightened the impact of Her Loss, which is projected to sell between 335,000 and 350,000 album-equivalent units in its first week, good enough for a No. 1 debut on the Billboard 200.